The entire year of 2016 has been absolutely wild from beginning to end. A huge year for politics world-wide. A huge year for entertainment. A wild year for many, indeed. In an attempt to bring humor to such an intense year, Twitter users everywhere have decided to emphasize just how wild the year has been for them with before and after photos that are absolutely wild. What better way to kick off the end of such a weird year than to laugh among ourselves?

I relate to this one on a spiritual level. 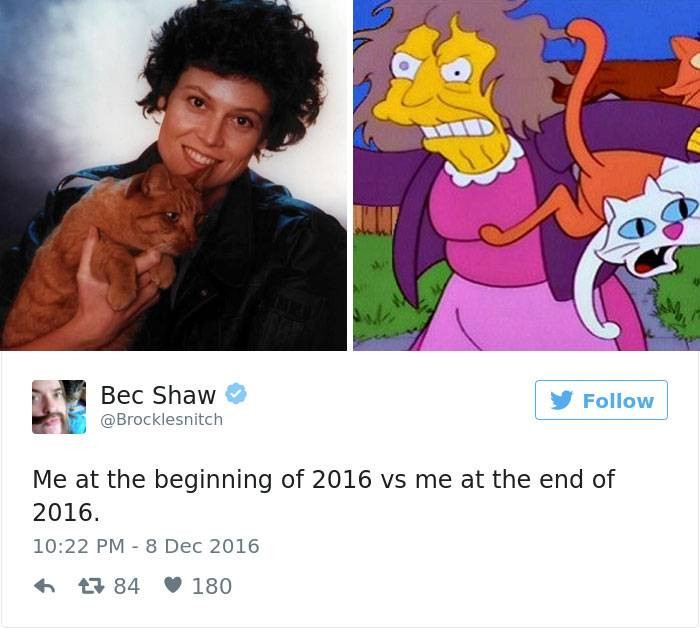 We may not actually recover from 2016. 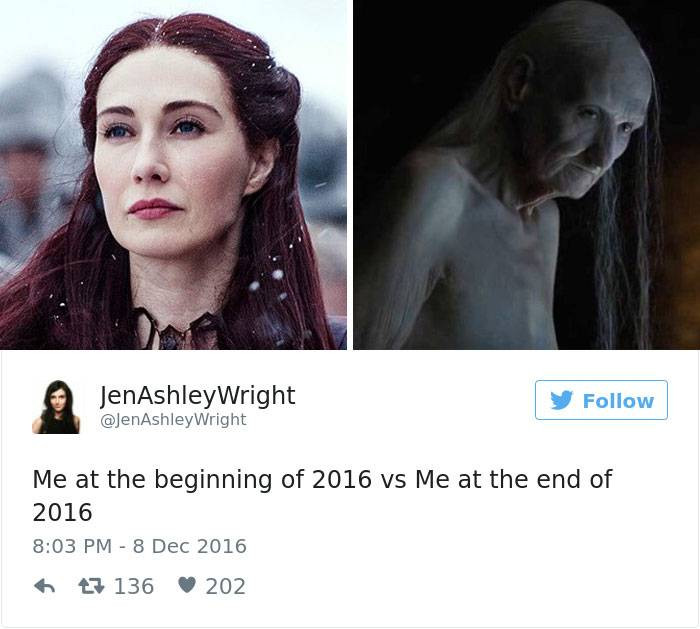 It certainly could be at this point. 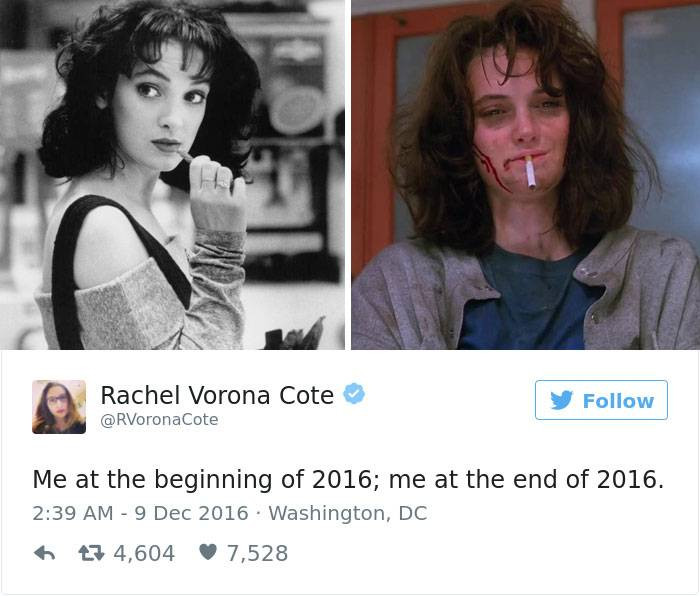 4. That crazy twitch is real.

It's never going away. 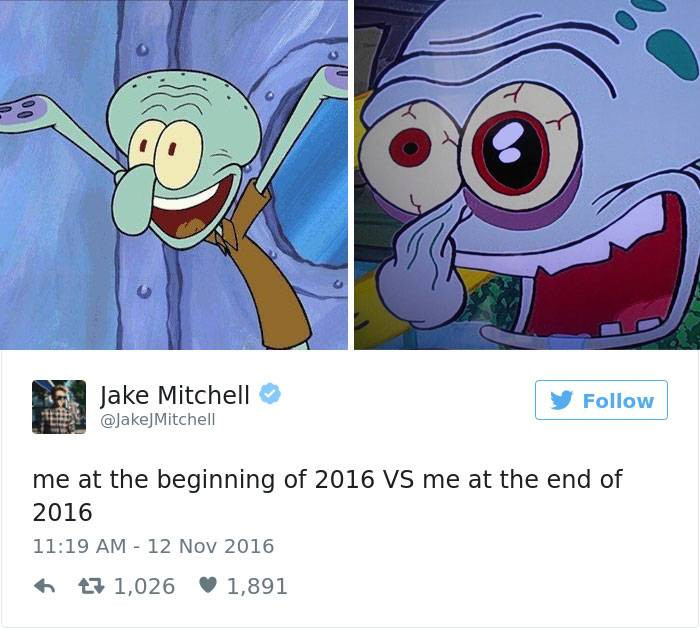 5. It's a Brittney melt down kind of year 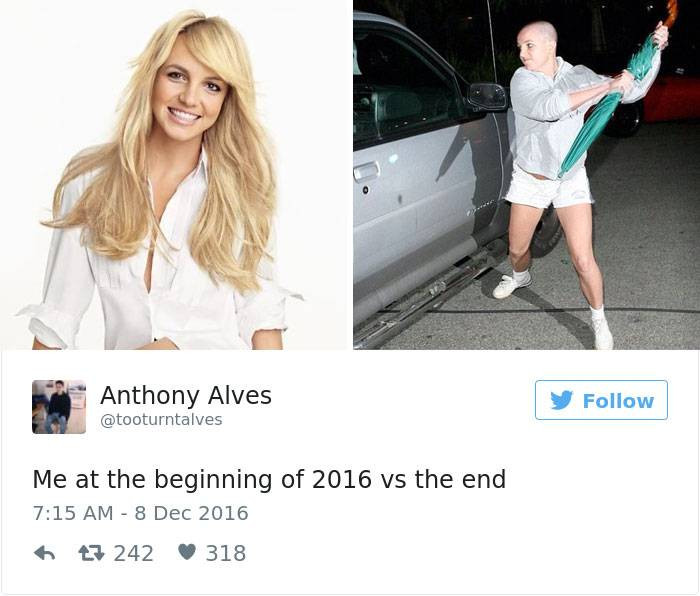 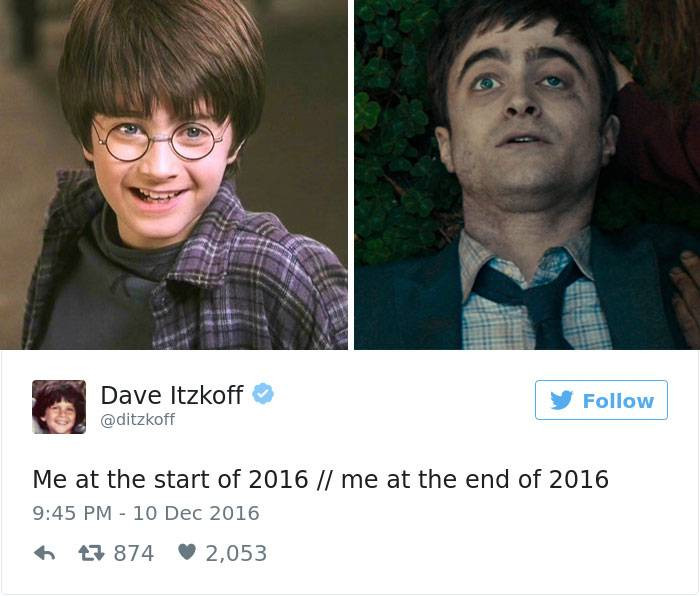 7. It certainly feels this way 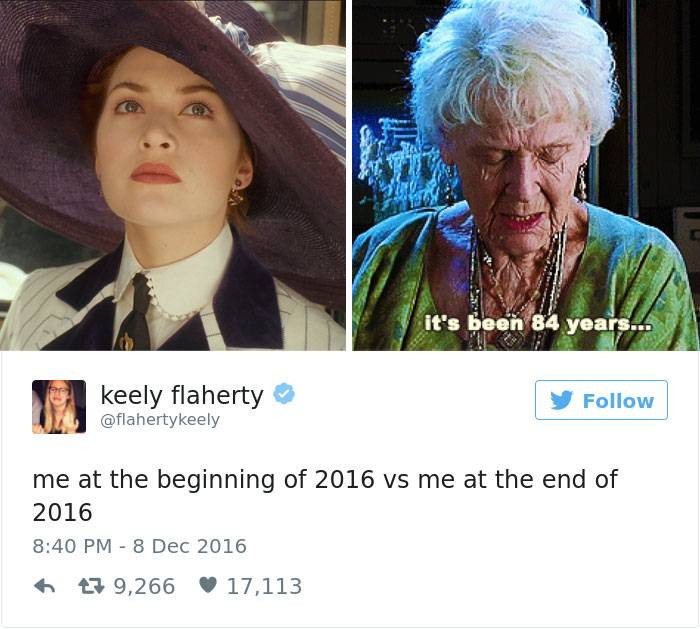 Nobody is saying 2016 was easy 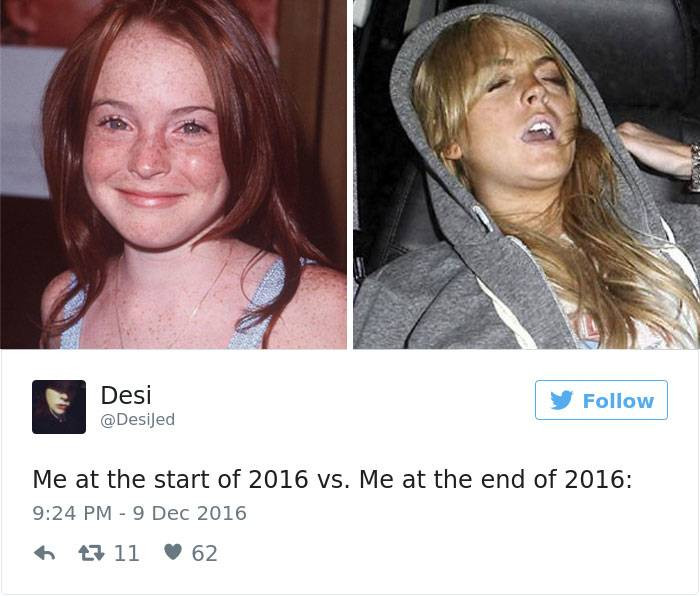 We went from cute and fluffy to dangerous. 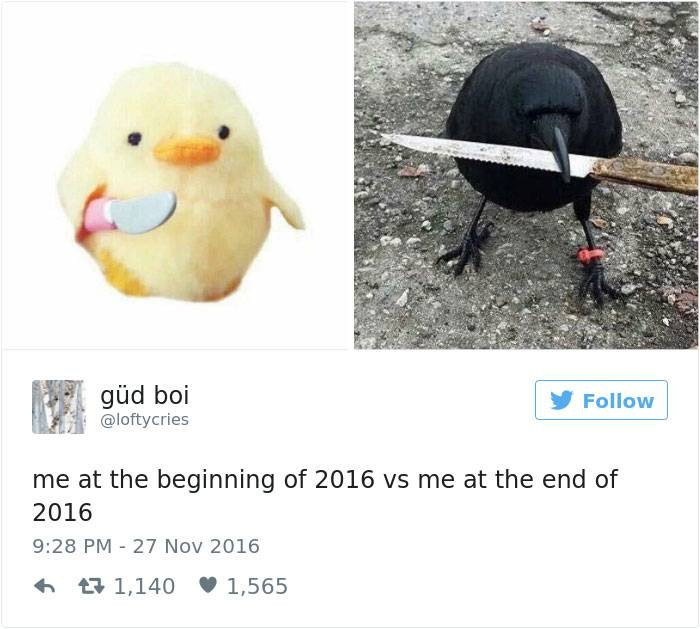 This year has definitely turned us inside out. 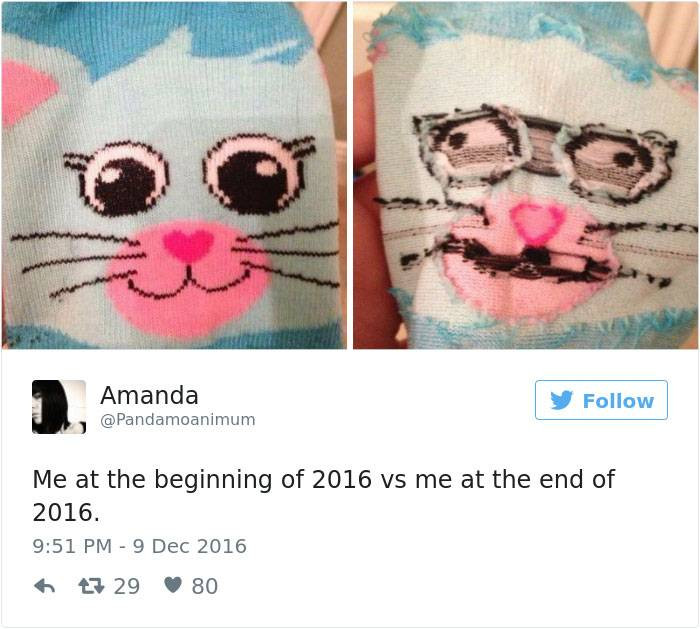 11. Nobody prepared for this 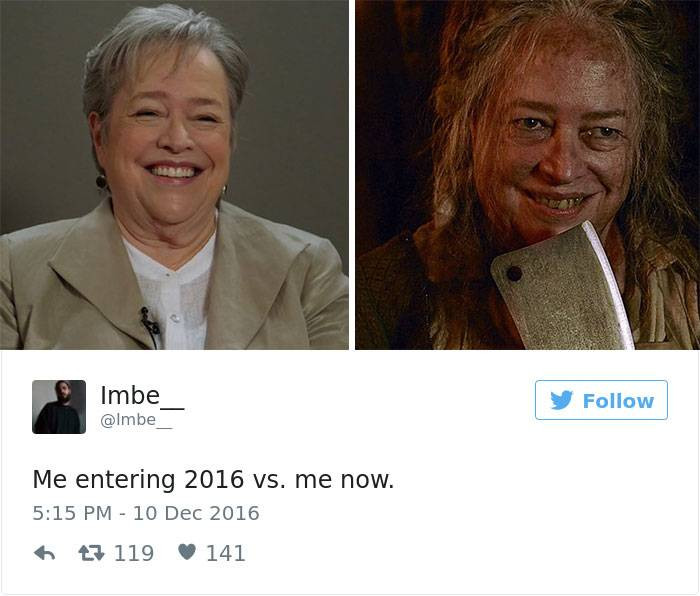 We've hardened up a little this year 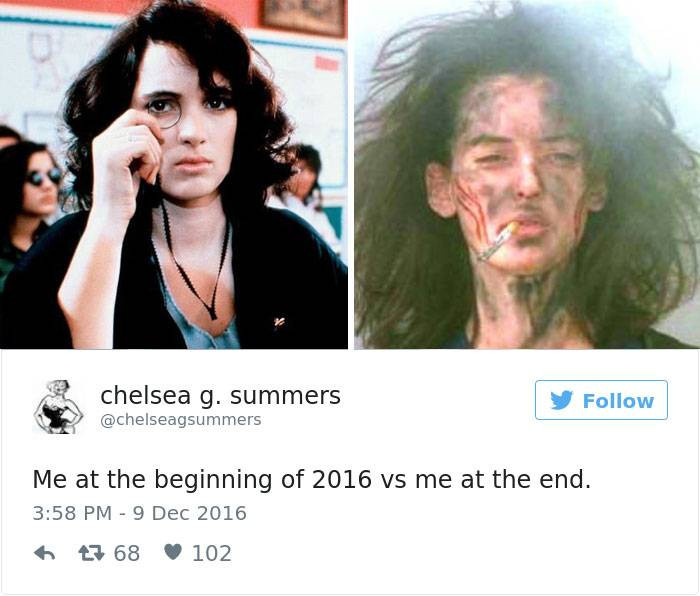 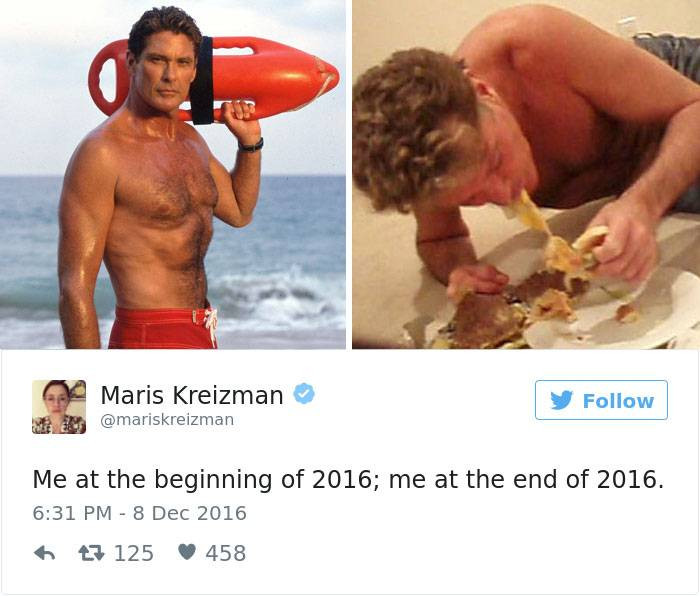 Why did this year have to go the way it did? 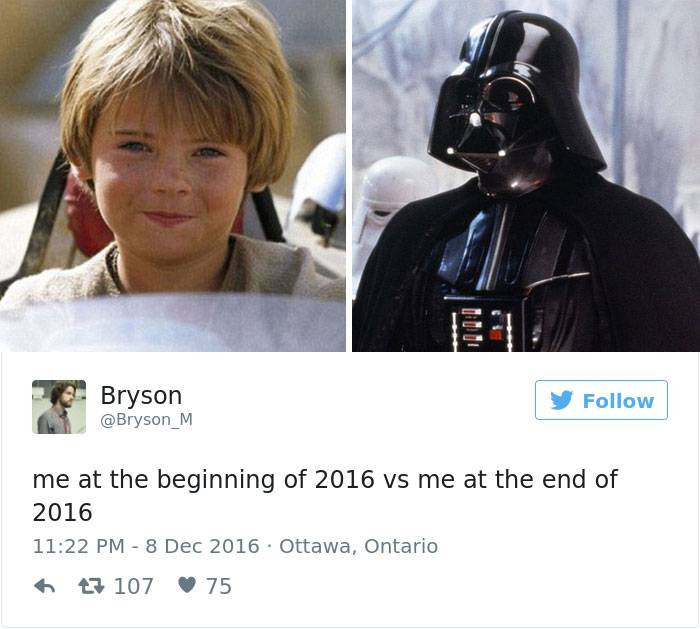 No point in doing anything but crying right now. 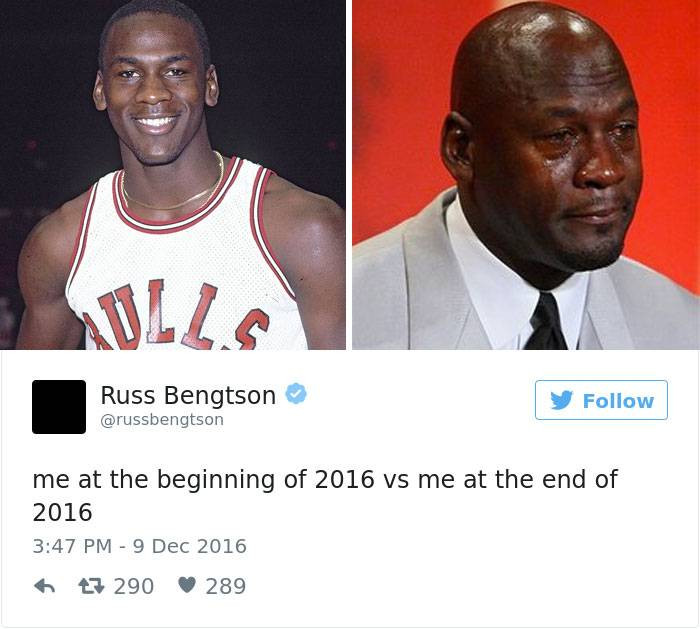