A Dog's Loyalty: He Waited Roadside for 7 Days Because His Owner Said, "Stay."

There is  no doubt in my mind that dogs truly are mankind's best friend. Loyal and loving in every way imaginable, I have no doubts when I see a dog that he is a good dog.

A well-trained dog will often respond well to the basic commands of "sit" and "lay down," but getting a dog to listen to the command, "stay," is not as simple. Your dog may stay momentarily but they're usually just too eager to stay by your side than they are to stay put for the sake of obeying. So truly a dog that will "stay" until you release them from the command is displaying incredible integrity and loyalty to its owner.

Luke the dog's indisputable devotion to his owner is perhaps one of the most powerful examples of a dog's loyalty and it is heartbreaking to even comprehend how little love and respect his owner offered in return.

In Moscow, Russia, a small group of people sat in a restaurant and watched as a man dropped his German Shepherd off on the side of the road. He spoke one, simple command to the dog.

Then the man drove away. 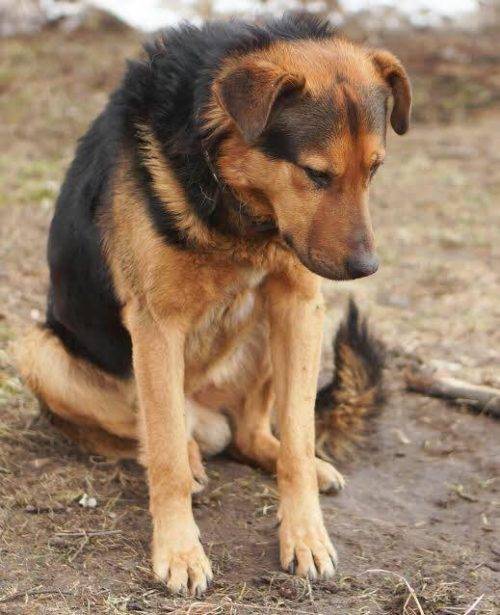 Meredith Andrew, a Canadian woman heard about the story of Luke's abandonment on Facebook and recently spoke with iheartdogs and said:

A woman who worked there saw it happen,  she tried to get him to move, but he wouldn’t.

﻿A woman who worked there saw it happen,  she tried to get him to move, but he wouldn’t.﻿ 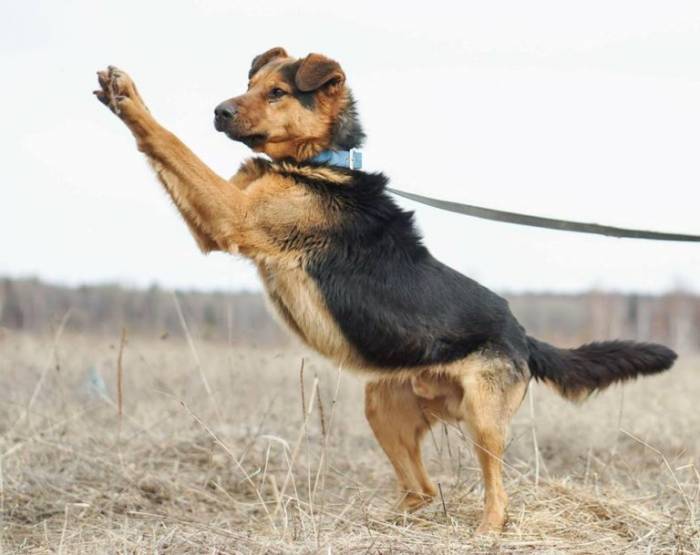 After seven days, lonely on the side of a road, a woman named Elena Kniazeva convinced the dog that this was not the life he was owed.

Elena brought Luke to a shelter, where other dogs lived. Dogs that had heartbreaking pasts just like Luke.

At the shelter Luke learned something far better than, "stay." Luke learned to jump for joy! Leaps of happiness. 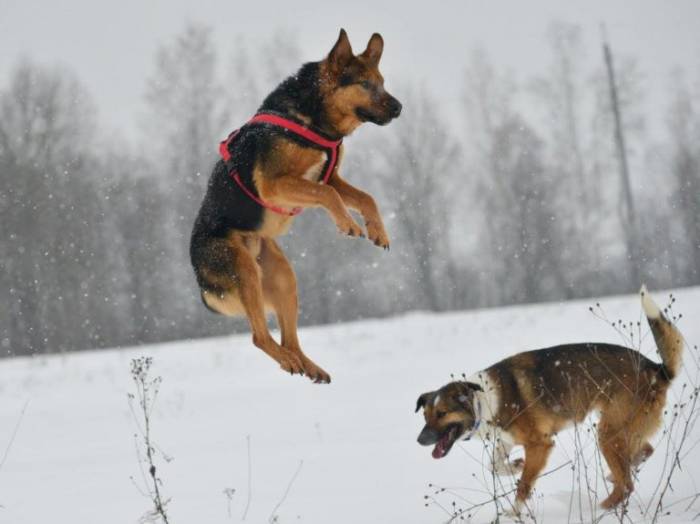 Reportedly, Luke became so filled with joy and happiness that it seemed his happy paws never touched the ground. He jumped for joy and he didn't stop.

Being around other dogs and humans who cared for him was the key to unlocking Luke's happiness. Luke knew his worth. 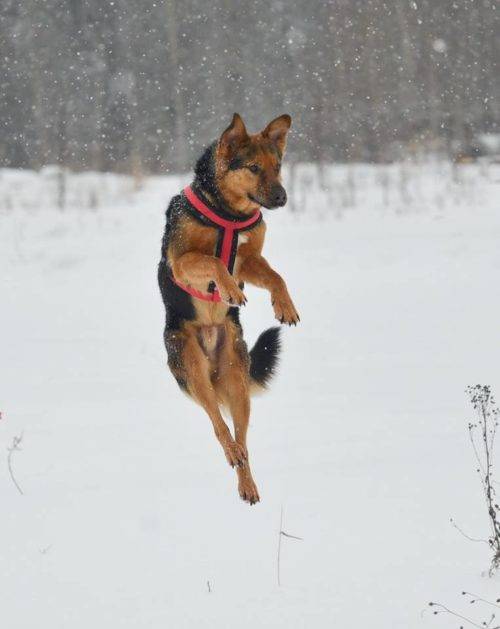 So, what's next for happy, leaping Luke?

Luke's next leap is a big one, indeed! Luke is preparing to fly nearly 4,600 miles from Russia to Canada.

Along with his dog-friend, Dennis, Luke will fly to Toronto, Canada in May to begin their new lives in foster care!

That is definitely one big leap! 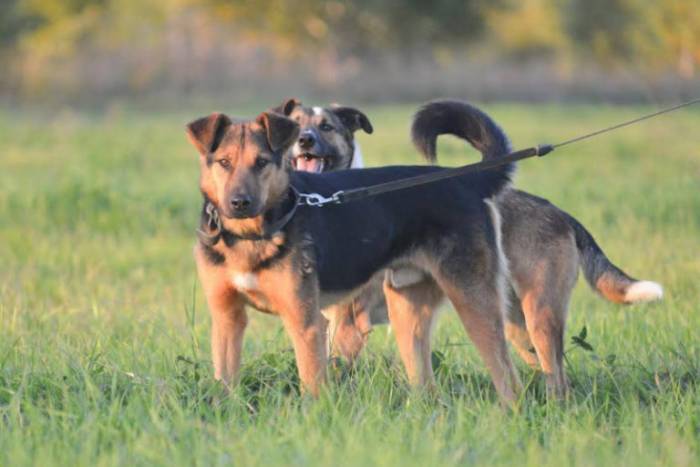 Through tireless efforts on both sides of the world's pond, AKA the oceans that separate Russia and Canada, Luke and Dennis, and their fate, is in the hands of Helen Antoniou. Helen is the founder of "Cause 4 Paws," and she has made a plea online to the world to help fund the trip. Transporting two pups from across the world is no small task but if anyone is up to making it happen it's this organization!