In the middle of all the insanity the world is currently going through, we could really use more people like Elin Errson right this moment. Errson is a student activist from Sweden who gained international attention thank to her brave gesture after refusing to remain seated on a flight from Sweden to Turkey.

This small protest was triggered after she realized that a 52-year-old man on her flight was being deported from Sweden back to his county, Afghanistan, right after the stop in Turkey. She decided to share her protest with the whole world thanks to Facebook Live.

Her efforts, fortunately, didn't go to waste since the man eventually got escorted off the plane by Swedish authorities.

Errson has spent the past year working with Afghani refugees.

“I hope that people start questioning how their country treats refugees. We need to start seeing the people whose lives our immigration [policies] are destroying.”

Everyone on the internet is calling Errson a hero!

People all over the world are standing with her 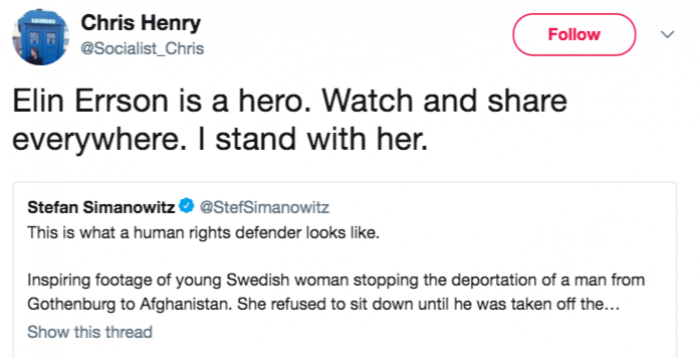 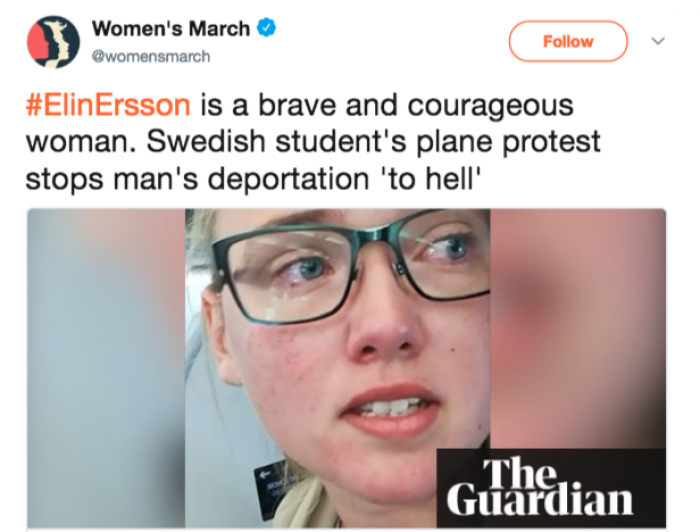 Even Afghans are praising her!