When you're a little kid the books your parents read to you seem so amazing. They often leave a lasting impression of literary perfection. That is until you become a parent yourself and have to read children's books to your own kids 500x a day. Suddenly rhyming gets old really fast, not to mention incredibly annoying. That's not even the worst part about children's books. Have you taken a good look at the illustrations? Can you believe people get paid to do this? Big bucks sometimes, too. Look, I'm just saying what we're all thinking. Just like Kaitlin, a young library associate who created a thread on Imgur that is taking the Internet by storm called ‘Kaitlin Critiques A Children’s Book,’ where Imgur user Kaitlin has posted each page of the children’s book A Hungry Lion or A Dwindling Assortment of Animals, with some of the most hilarious commentaries we've ever seen.

At 26 years-old, Kaitlin has said she's reviewed some 20 odd books but A Hungry Lion was the first she shared to Imgur and if we're all lucky, it won't be the last.

“I was extremely bored so I opened up one of the children’s books that had been checked in and just started reading it. It was a book about skiing squirrels and I thought it was hilarious so I started snapchatting my reactions to it.” 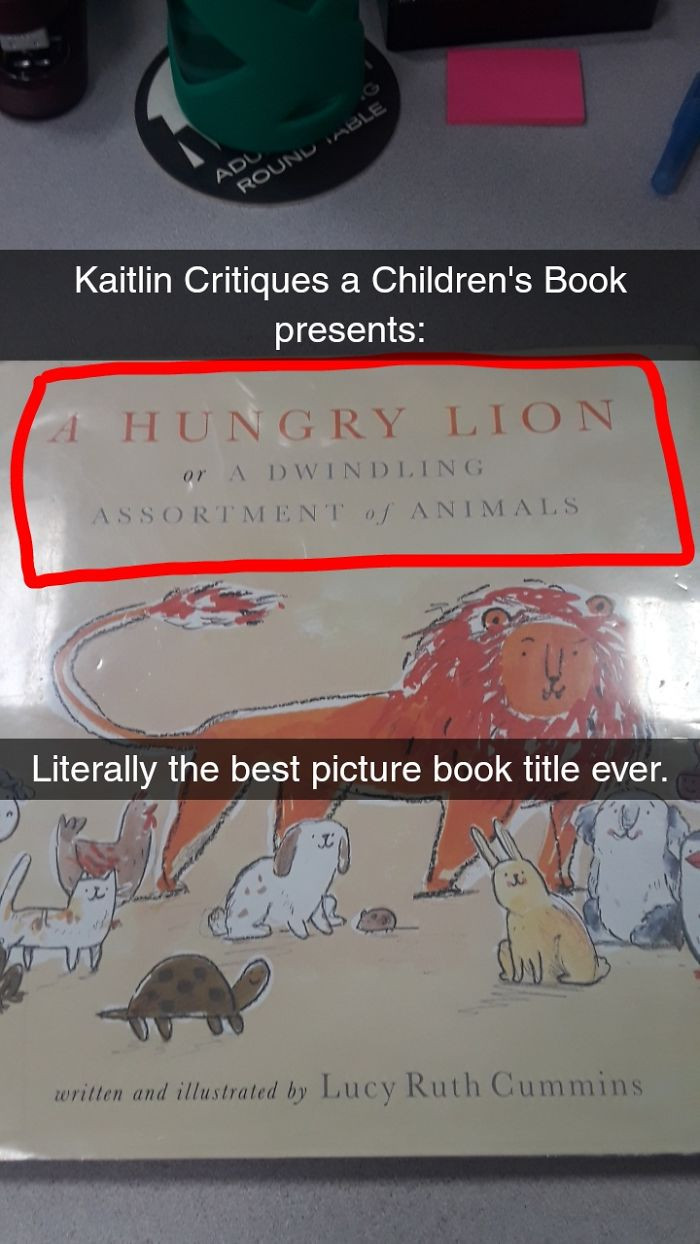 Originally, Kaitlin simply shared her reviews with her friends and family on Snapchat. 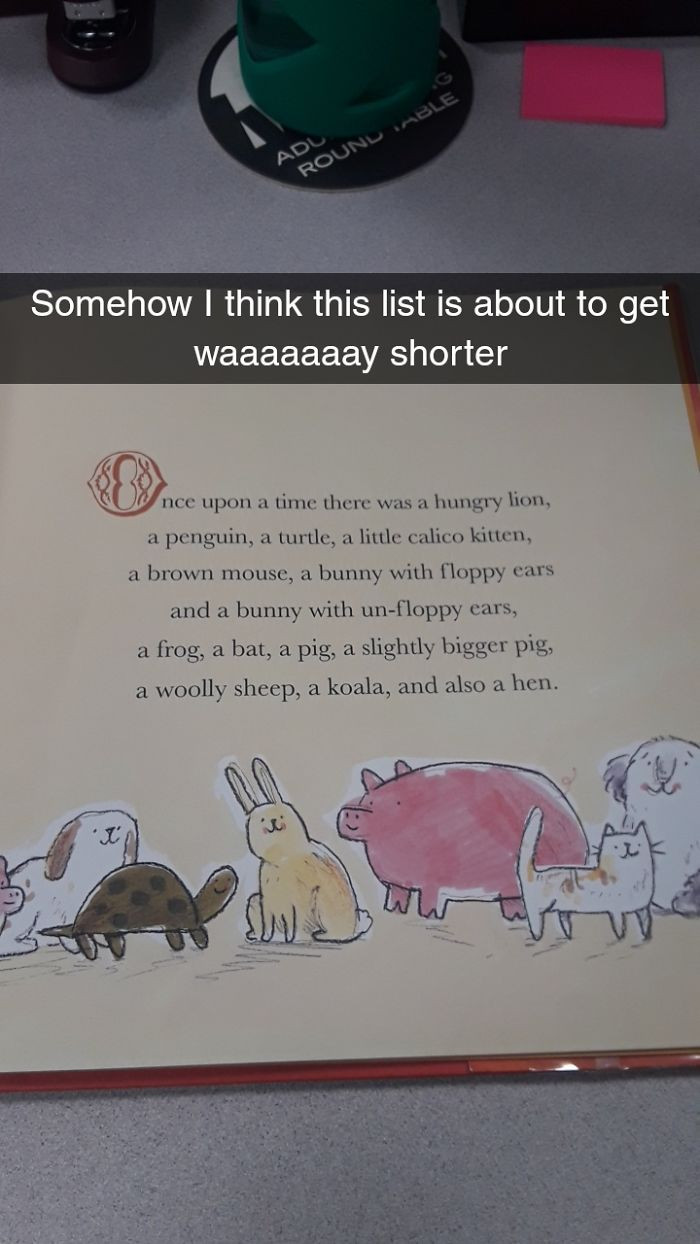 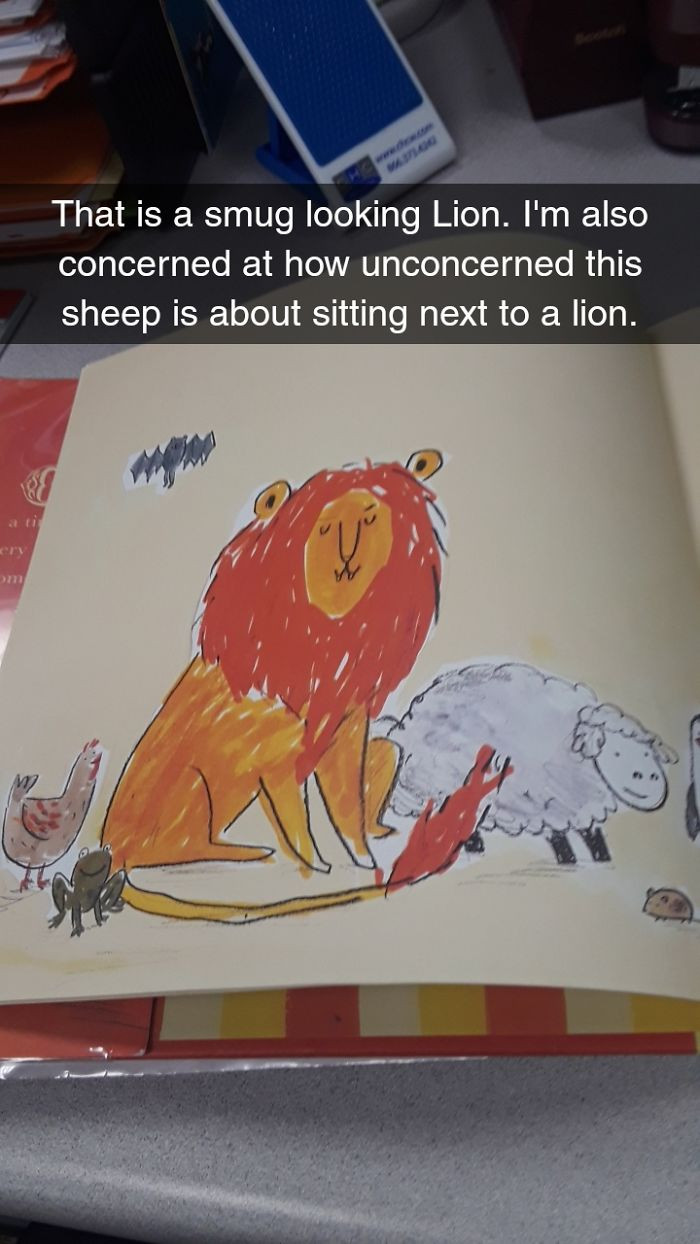 What did she expect?

“I was surprised that people actually thought I was funny and wanted more. My friends asked me to do more and gave requests. I was pretty floored by the response on Imgur,” she said. 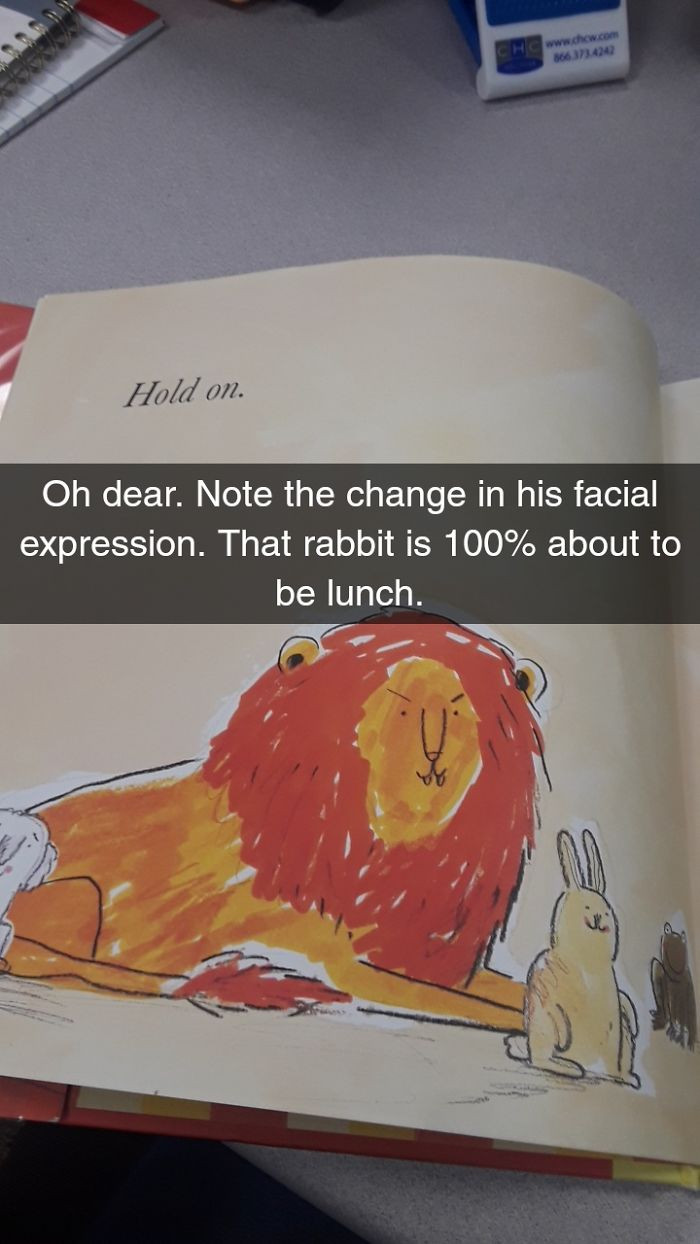 The Chicago-based woman loves doing this, saying, "anything can happen in a children’s book and that child will accept it regardless of how off the wall it is.” 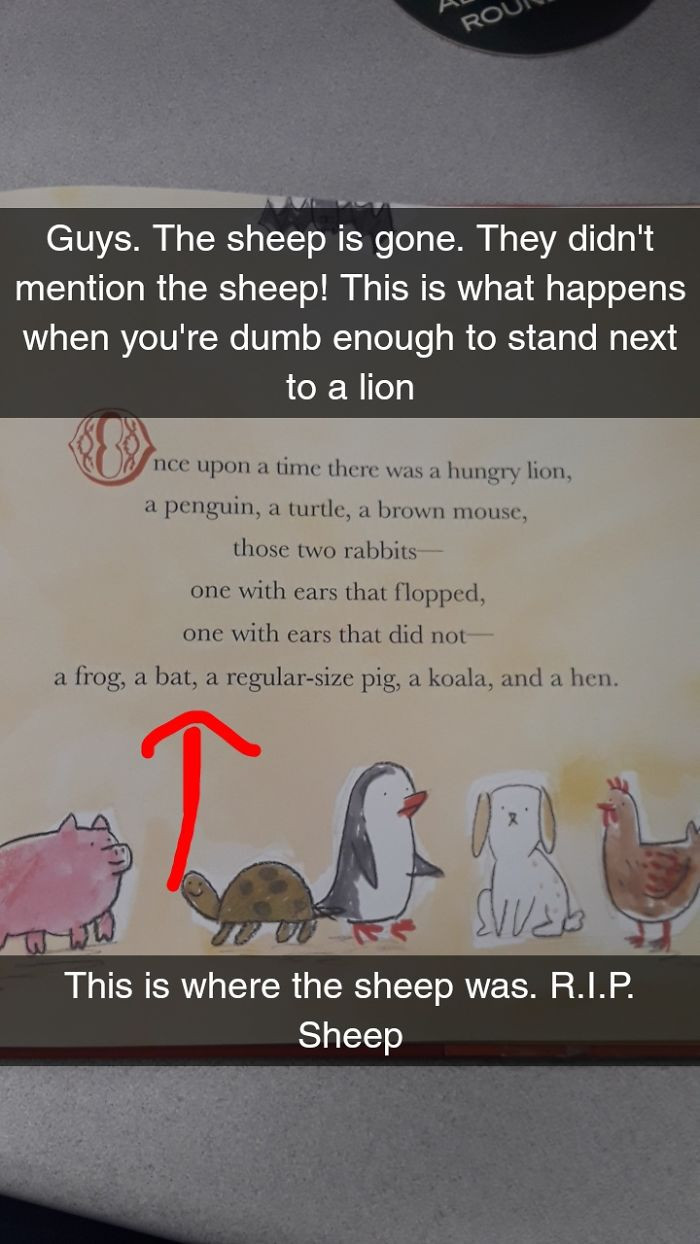 We have to agree, Kaitlin really puts into words the hilarity that is children's literature. 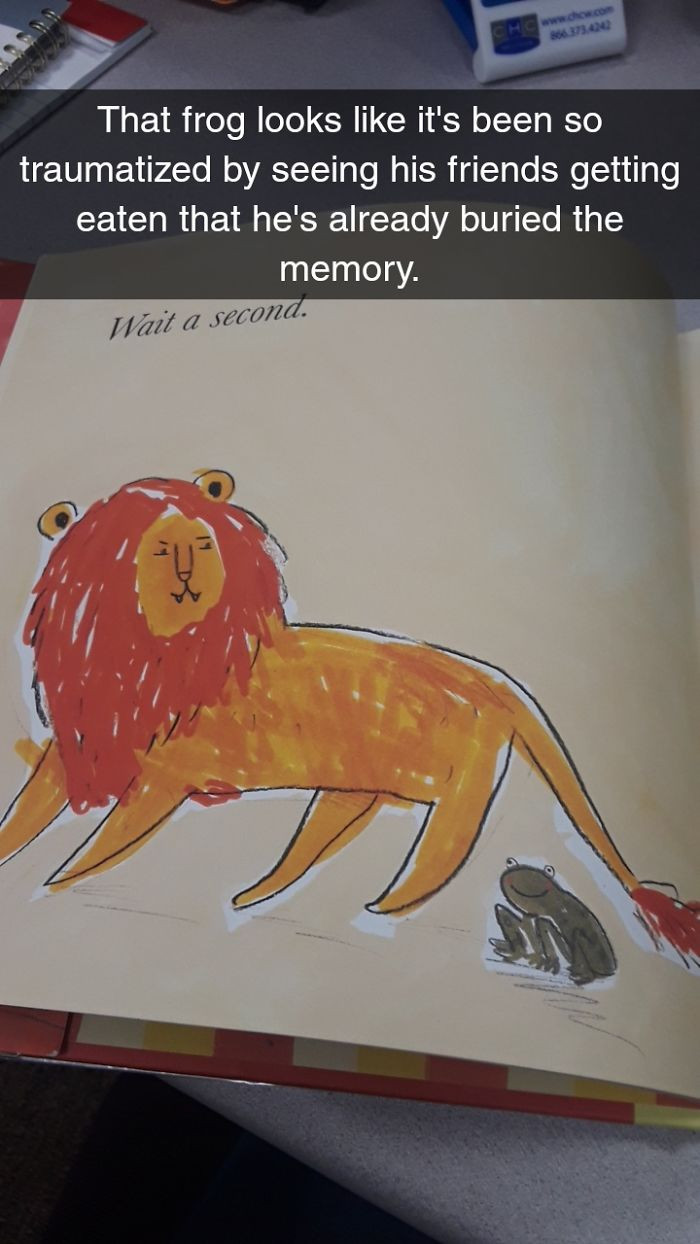 She's got it covered.

From pointing out plot holes to critiquing the imagery, Kaitlin covers all the bases necessary for a proper book review. 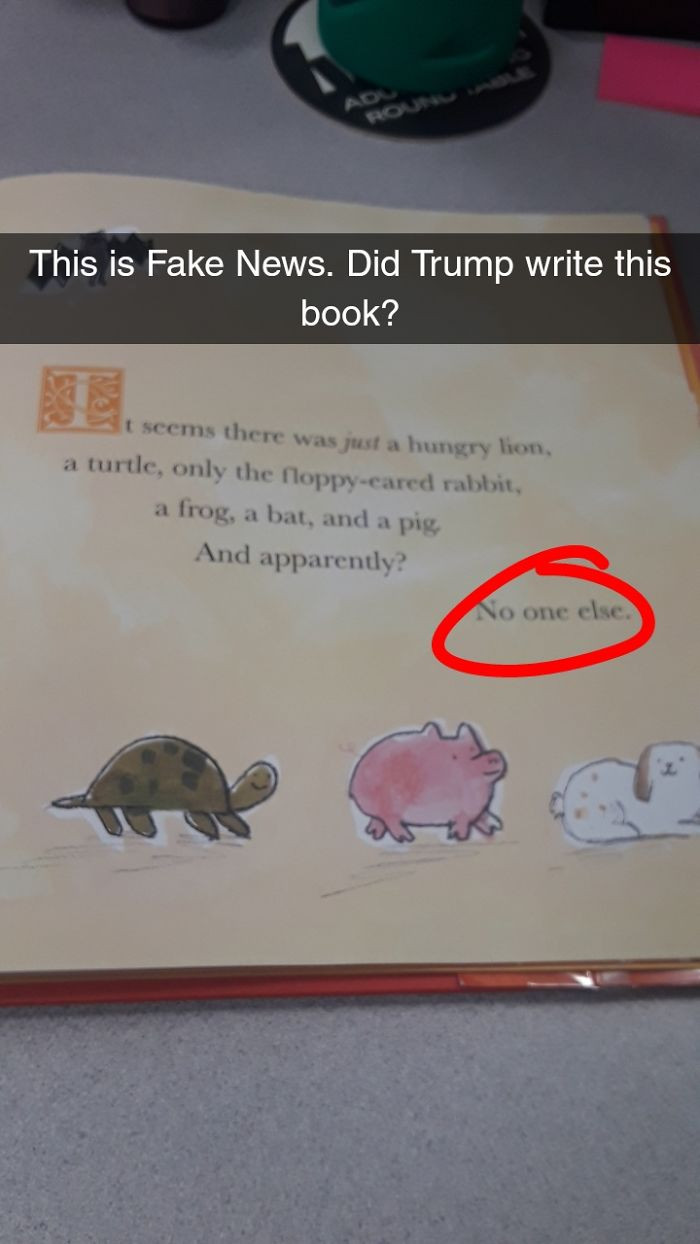 With grace and humor.

She will make you laugh every step of the way, too. 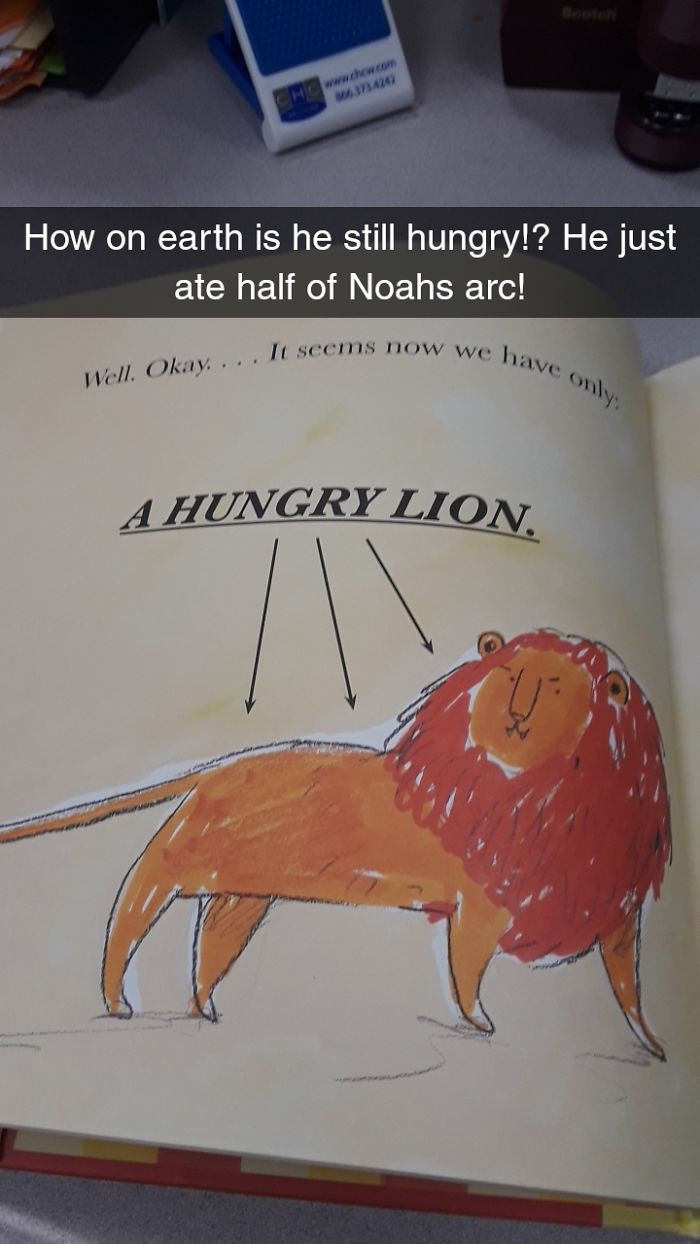 We can't get enough!

Every "snap" is another gift to us all. 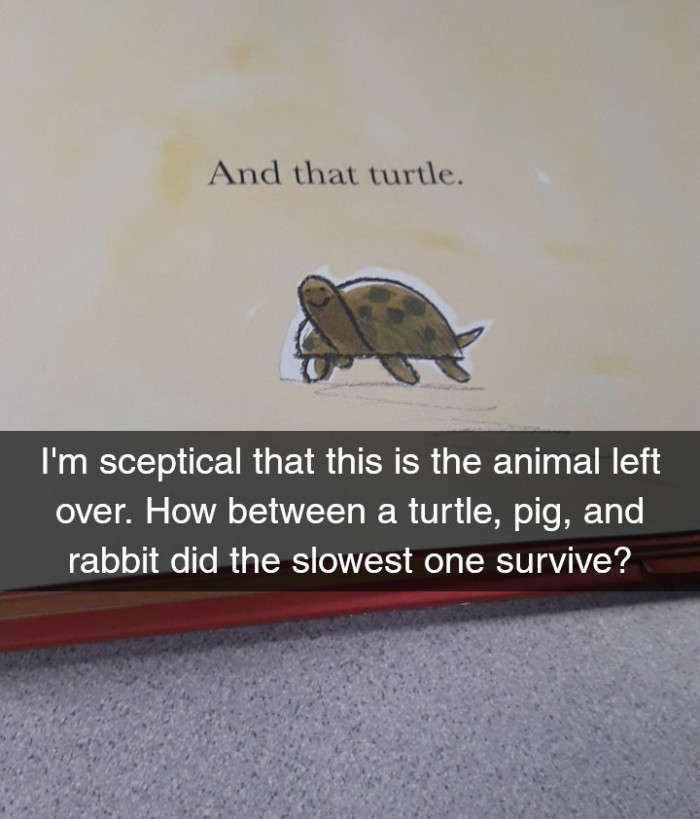 Kaitlin doesn't just stop at a book review, she tosses in some life lessons for the viewers as well! 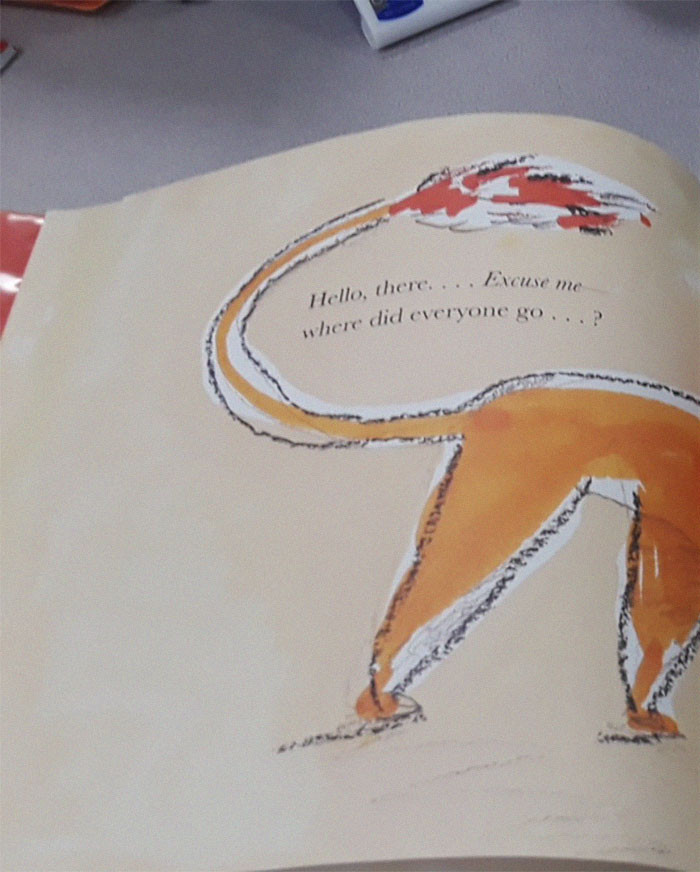 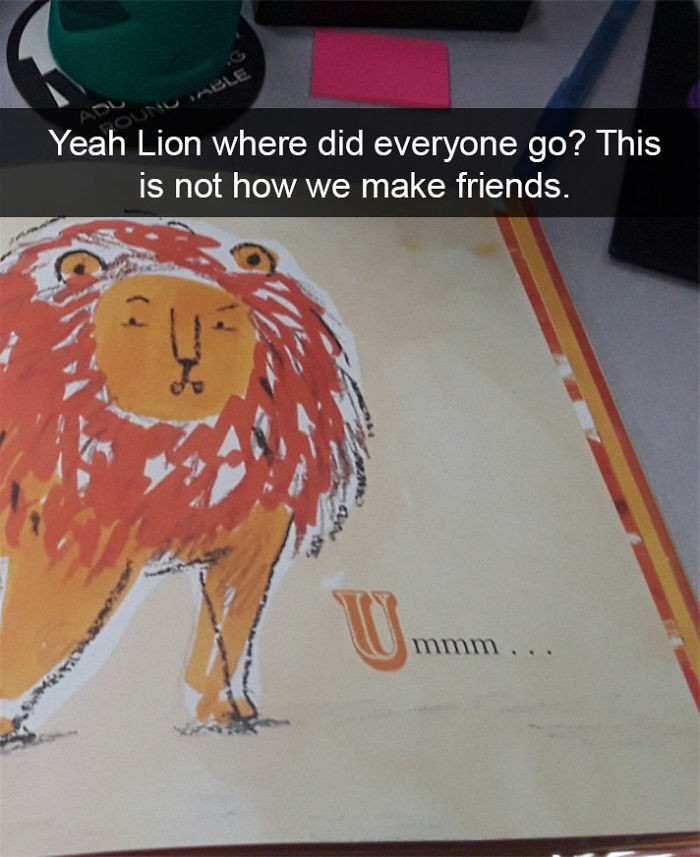 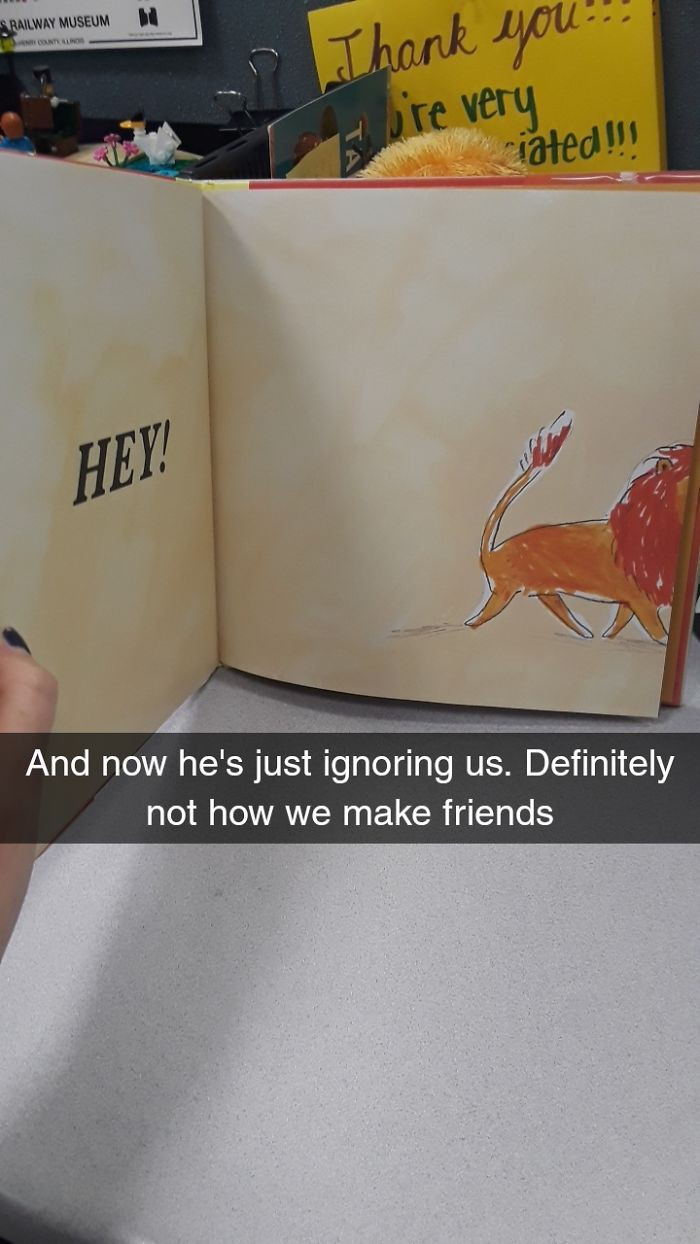 She makes these basic, children's tales entertaining for all ages. 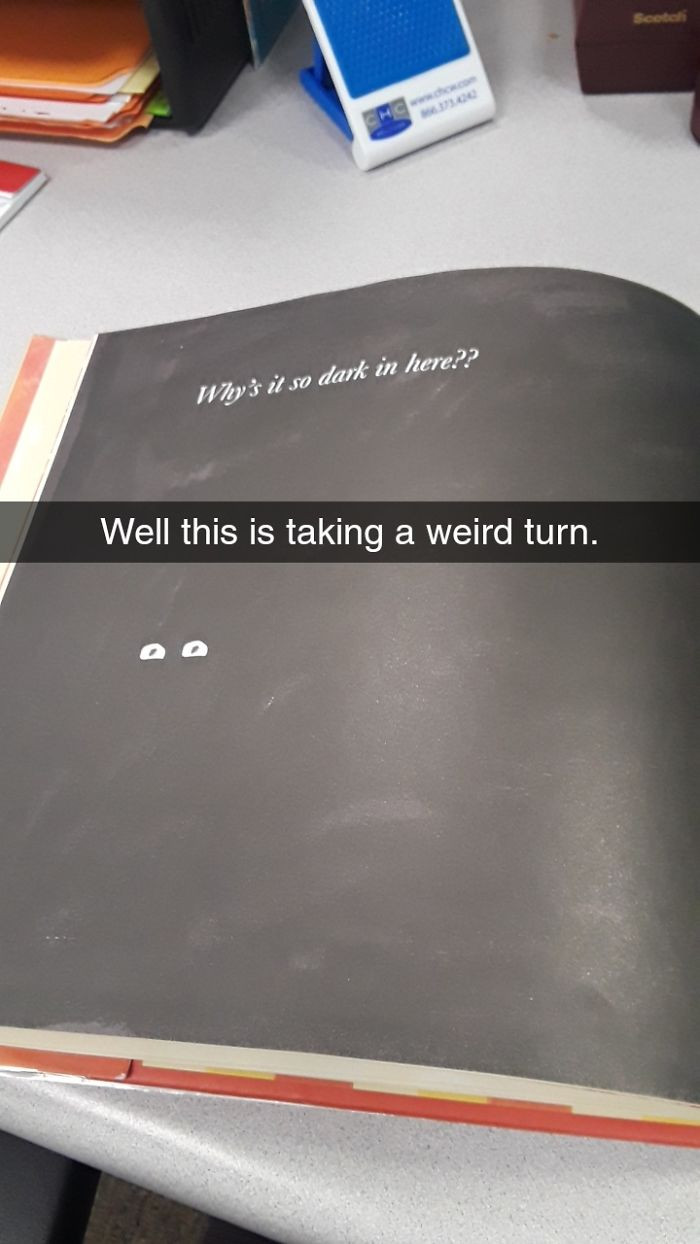 And there are surprises around every turn.

Kaitlin really knows how to entertain the crowd. 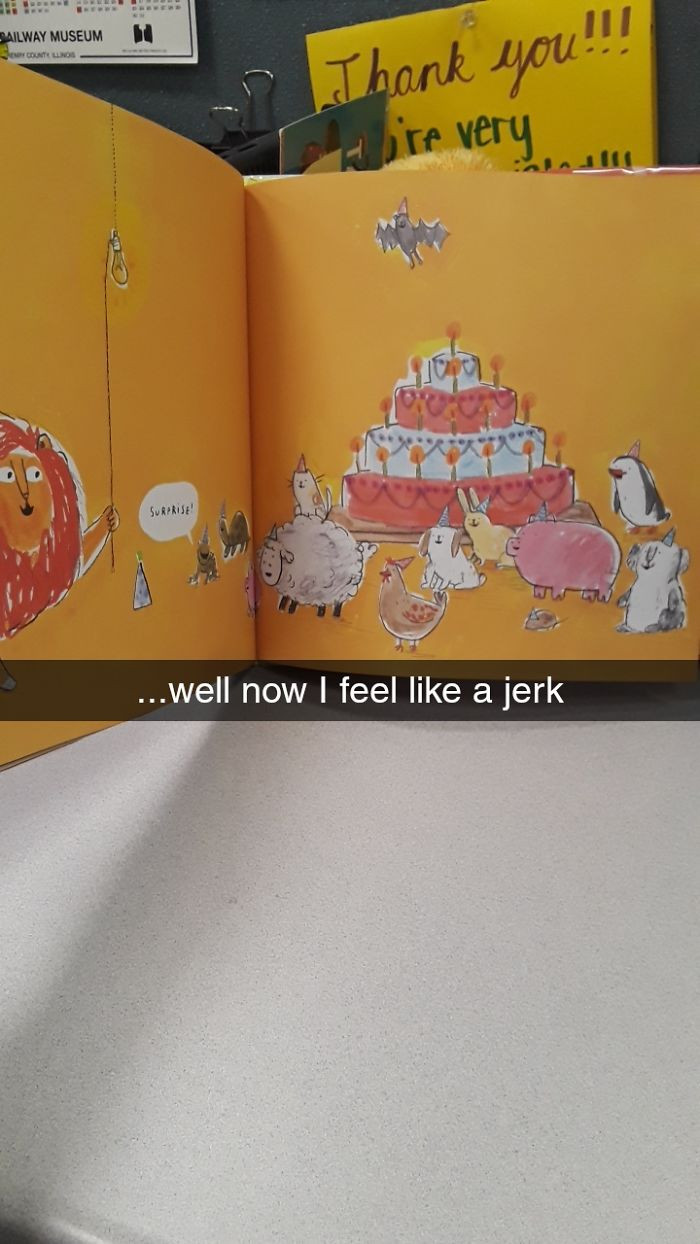 And she never lets up!

On the humor, that is. 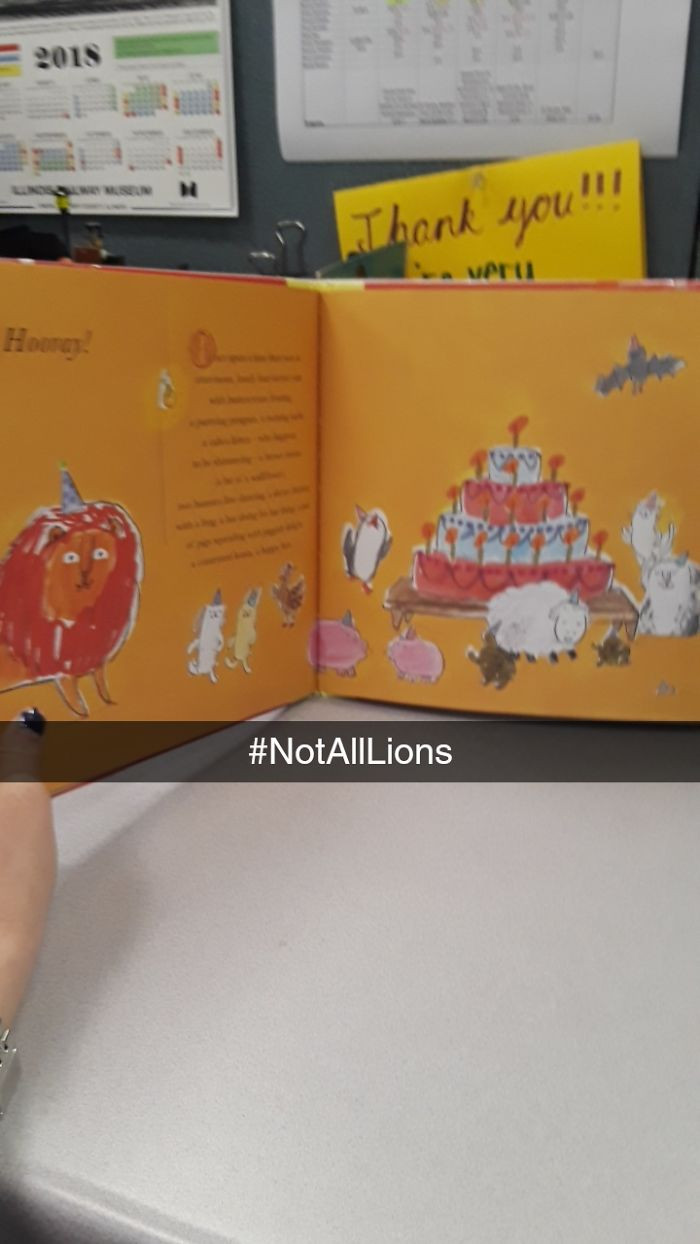 She actually makes us all want to read more children's books. 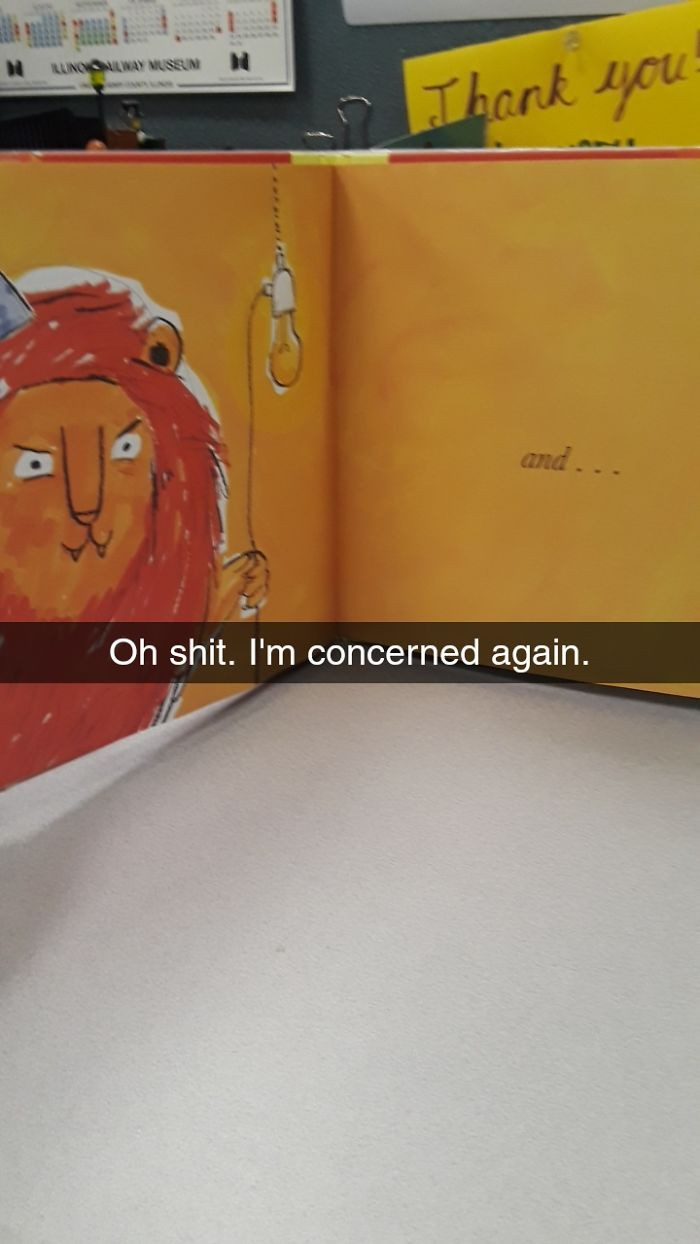 I mean, are you reading the same thing I am? This book is epic. 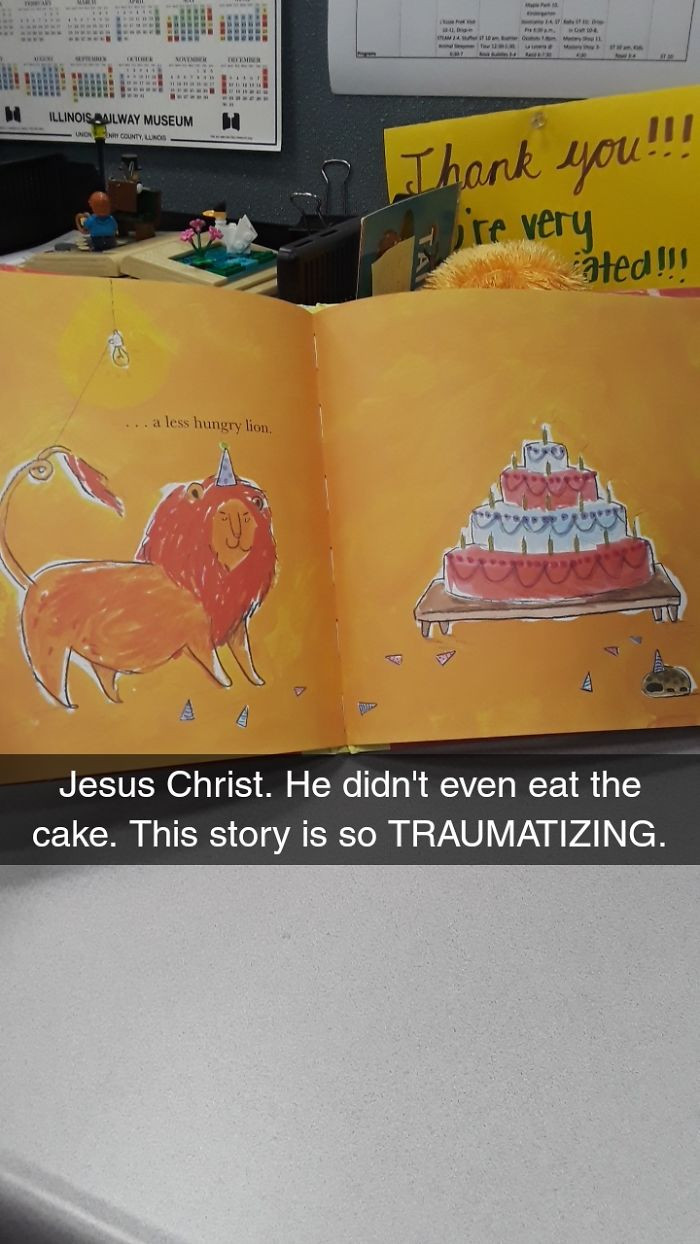 We would never imagine that a children's book could have so many twists if it wasn't for Kaitlin's hilarity. 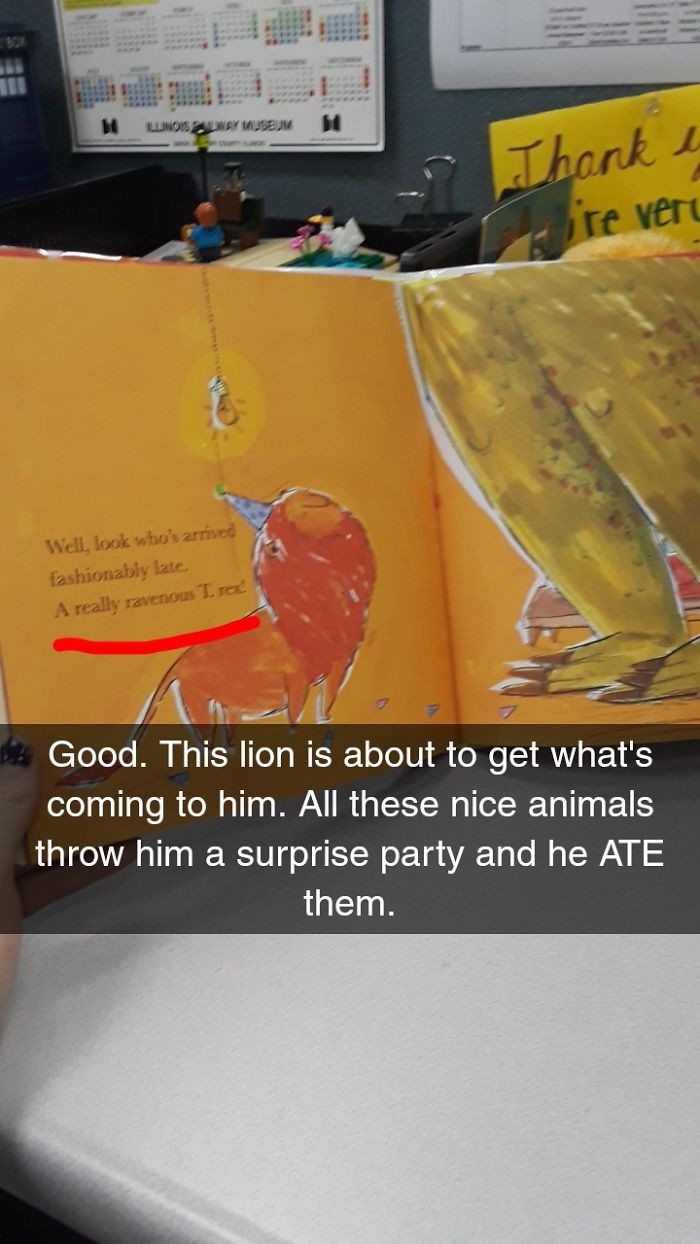 Seriously, we can't get enough.

I'm sure by now you also want to see the other 20 reviews she's done. 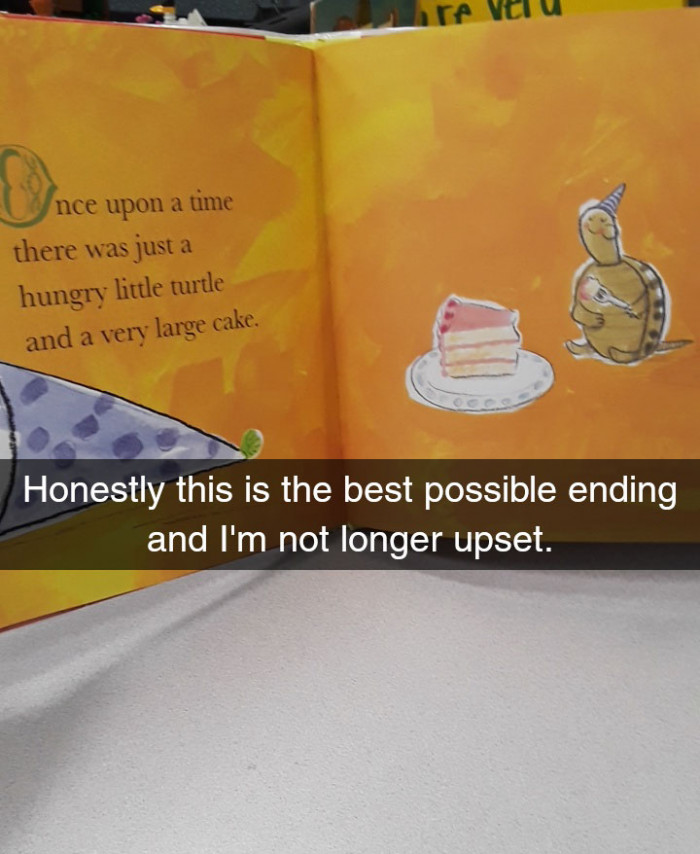 I'm not the only one.

A lot of people are begging for more! 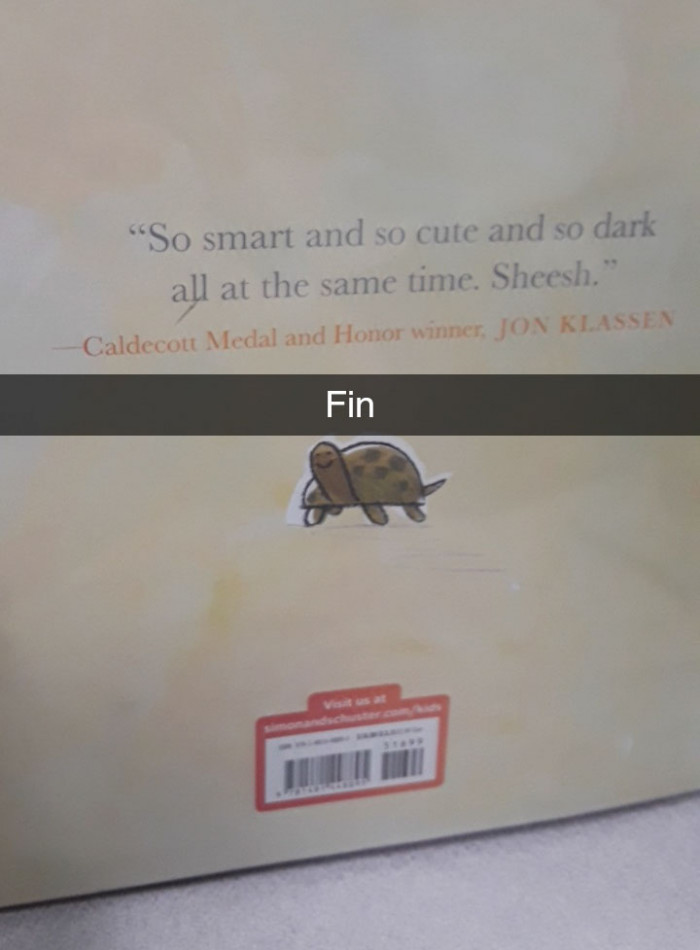 Here are some examples of Kaitlin's screaming fans!

Their commentary really gives you a good idea of just how popular her idea is only going to keep becoming.