8 Years After A Teenager Left A Note In A Van He Admired, He Got The Craziest Phone Call

16-year-old Kyle Cropsey found love early on in life. He was headed for a day of surfing at Rockaway Beach in New York when he saw her... in the parking lot.

Kyle wasn't super into cars, but he had always held a special spot in his heart for a specific kind of van.

What Kyle had spotted was a 1971 Volkswagen Type 2 bus, in the classic blue and white color scheme. Though the bus went into production 50+ years ago in the late '60s, it is still super popular among those with an affinity for VWs. 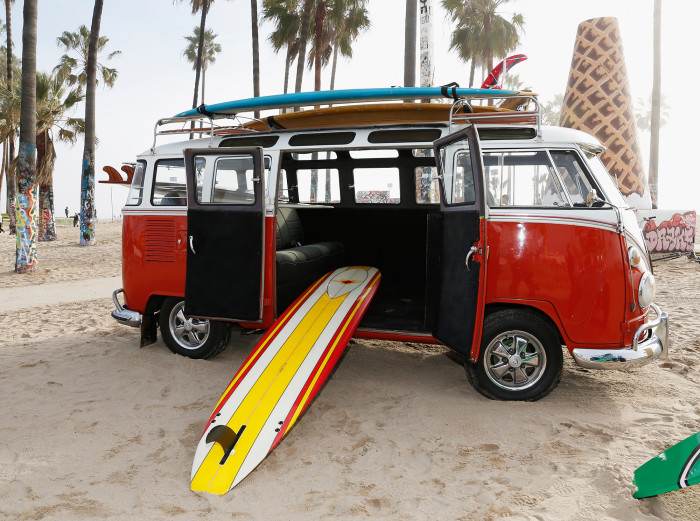 In his April 2018 interview about this story, Kyle told CBS New York, "Ever since I was young, I had an infatuation with this Volkswagen buses."

Naturally, when he spotted the Type 2 that day on the way to the beach, he decided he would stop and leave a note for the owner telling them, whoever they were, that he wanted to buy their van. 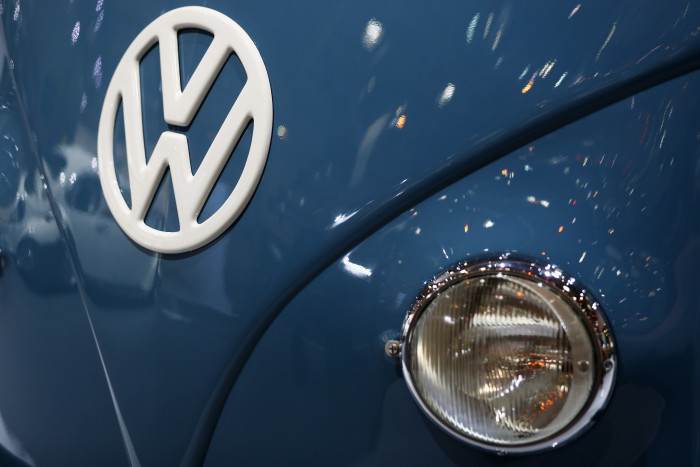 Kyle first had to secure the help of his mom to leave his note, since she was driving him to the beach that day. She remembers him saying, "Stop, turn around, go back, I need to see that van." His mom Lorenza turned the car around, though she did think he was being a bit ridiculous. 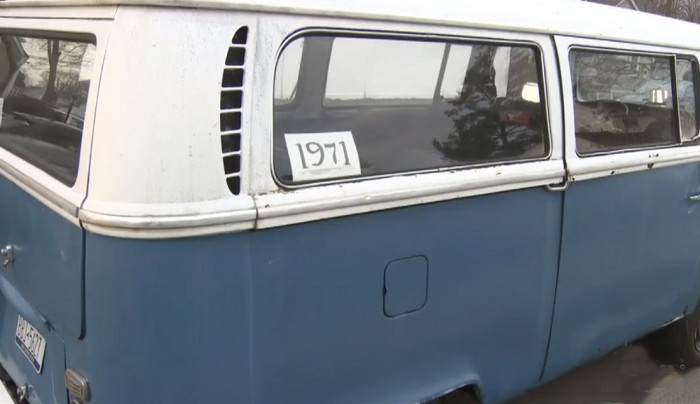 Kyle searched for a place to leave the note and saw that the window was slightly ajar. He went to slip the note in through the opening and sadly saw it drop to the floor, out of sight. 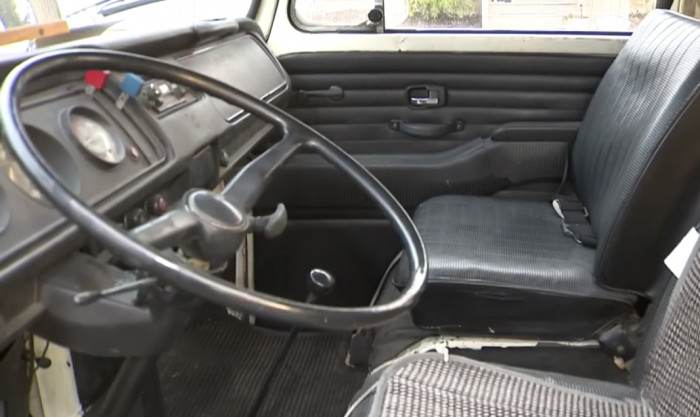 He was disappointed that the owner would probably never see his note, so he needed to document the bus finding in some way. What makes sense for a teenager in 2010? A Facebook picture documenting "my future car" of course. 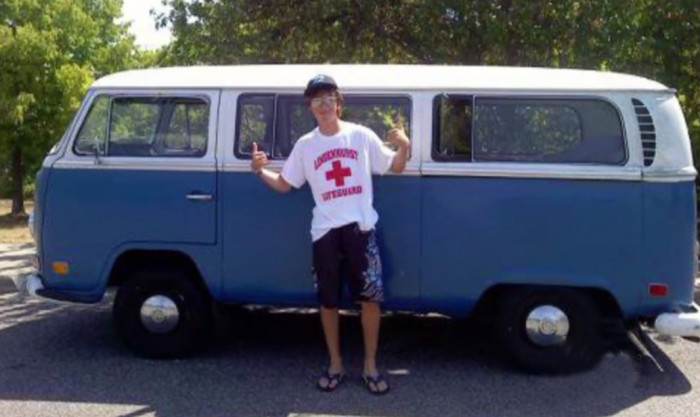 Eight years passed, and Kyle had grown up to be a high school English teacher. He never did find another Type 2 for sale, so he ended up buying himself a 1976 Volkswagen Westfalia camper instead.

He kept up his habit of leaving notes in other VW vans, and estimates his tally at around 20 notes. He had never received a call back before, but when his phone rang and the caller mentioned a VW van, he just knew it was the one he spotted when he was 16. 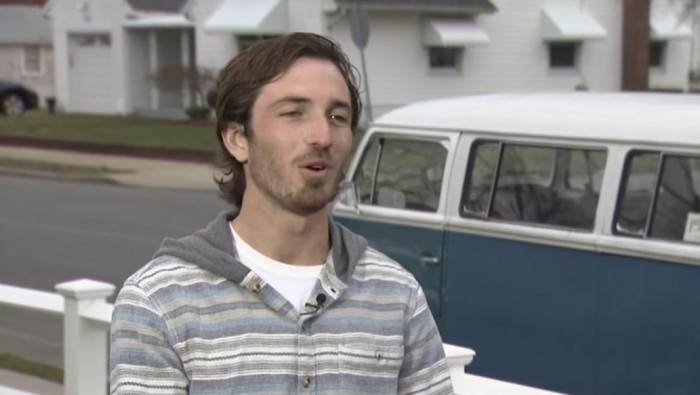 A call from across the country

On the other line was Cris Mead of Oakland, California. His father who had lived in Queens, Cornelius Mead, had recently passed away at 82 years old. Cris was helping with getting his dad's affairs in order, which included his VW Type 2 van. 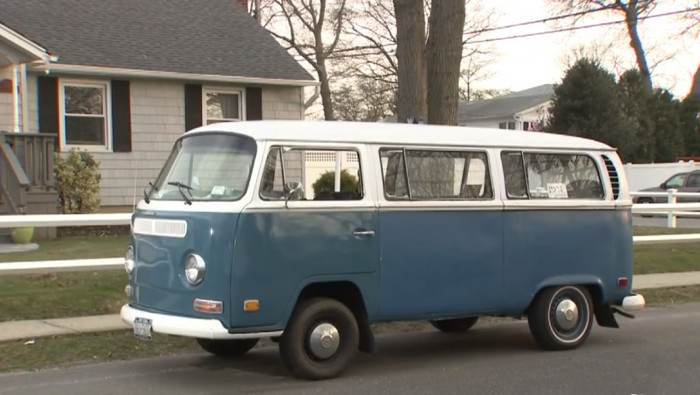 Cris told Kyle about how his father had bought the bus brand new in 1971. He had named it Matilda and traveled all over the country in it. He let Kyle in on Cornelius' affection for Matilda, saying he had "treasured" her and spent "more money than any reasonable person would have" on the bus. 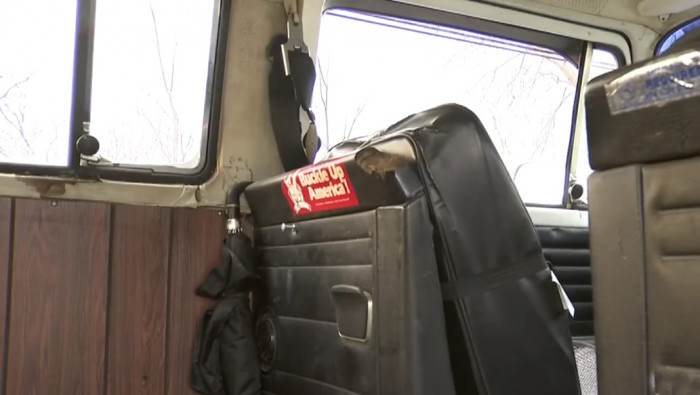 Hundreds of thousands of miles

This particular van's odometers resets at 100,000 miles, so we may never know how many miles were traveled in Matilda, but Cris had many fonds memories of road trips in her. 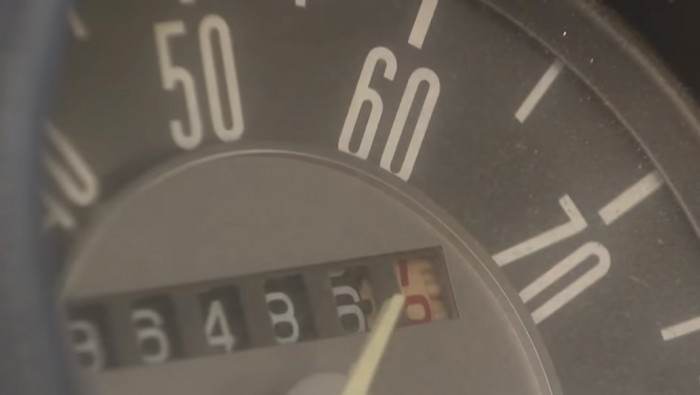 Because they did not have any use for Matilda, Cornelius' kids wanted her to go to a new home that would love her with all of their heart just like their father had. As they cleaned out the van, Cris' sister found a note tucked away in a book. 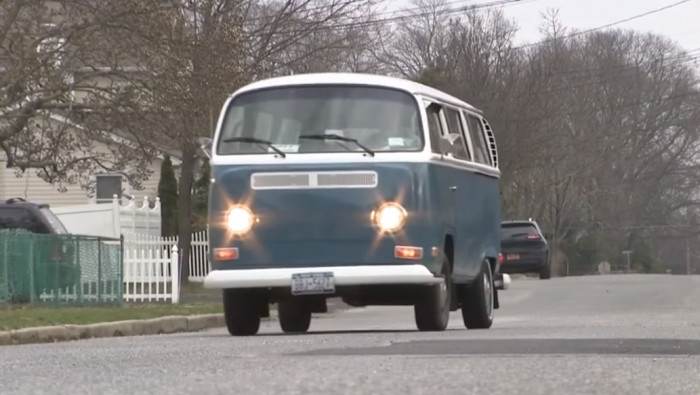 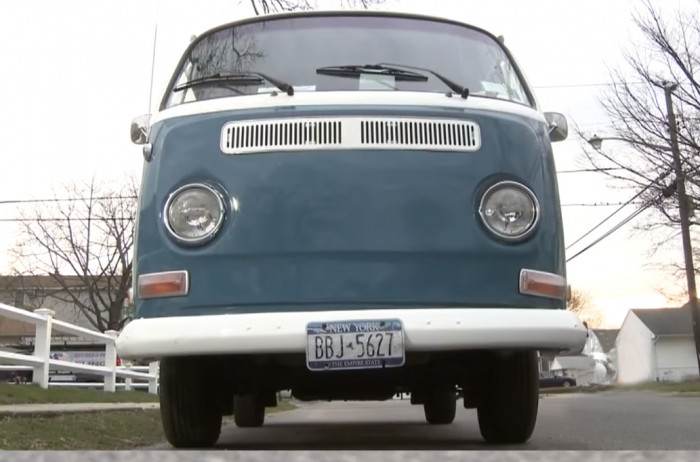 Kyle was so delighted to hear from them! And what made this whole story even sweeter was that even though the family could get about $1,500 for the van, they decided to gift it to Kyle free of charge. 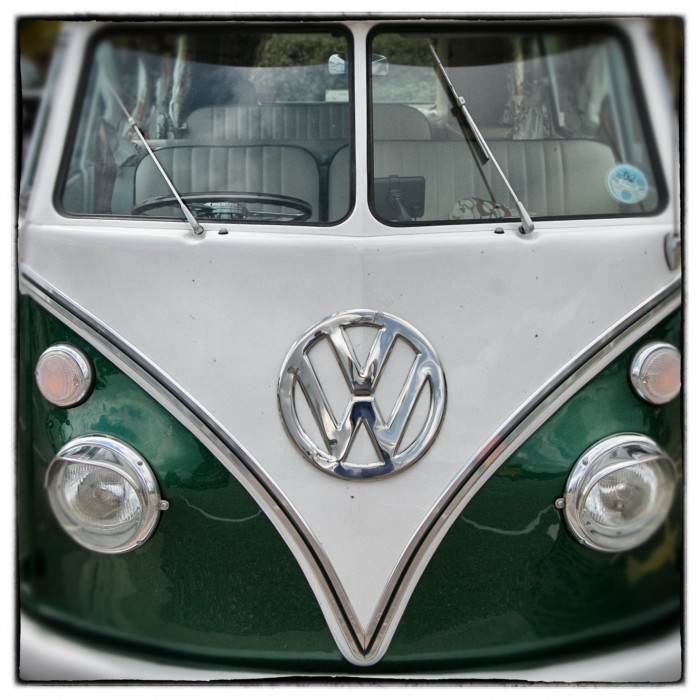 So Kyle and his father set out on a cross-country road trip to get Matilda, eight years after he left his original note. She ended up being in good shape, with a working radio and solid working engine. She just needed a quick coat of paint and she'd be back to new. 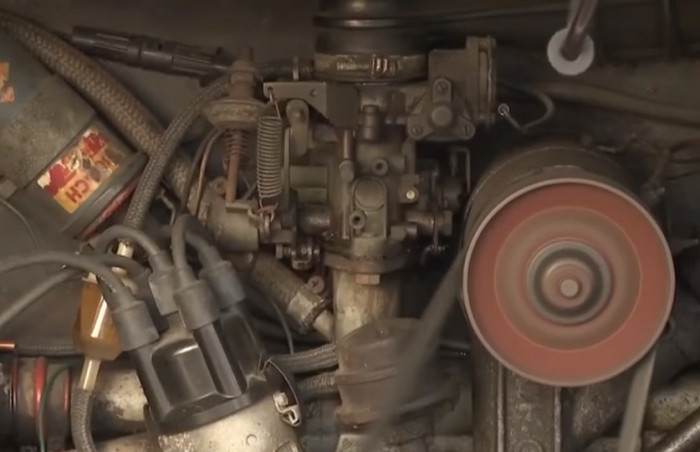 Kyle is a big believer that fate brought him Matilda after all these years. He told Fox 5 New York, "I'm a big believer in the law of attraction -- when you put out good energy and good things come back to you. This bus came back and found me eight years later." 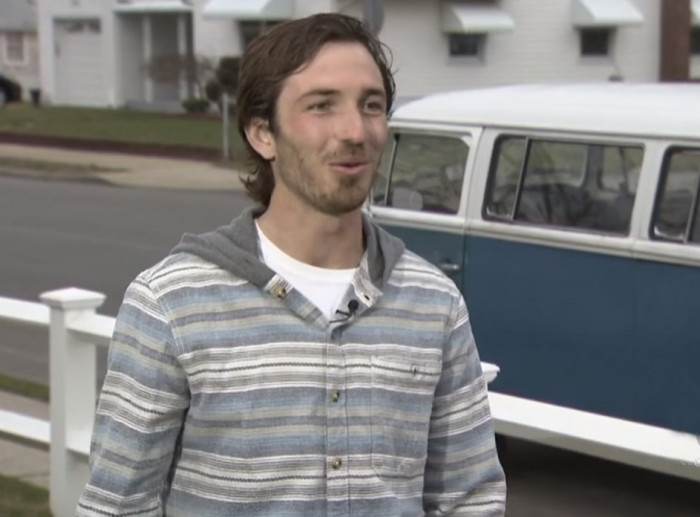 While the Mead family gifted Matilda free of charge, they did ask him to do one particular thing for them: keep them updated on the rest of Matilda's life with Kyle. He of course obliged. 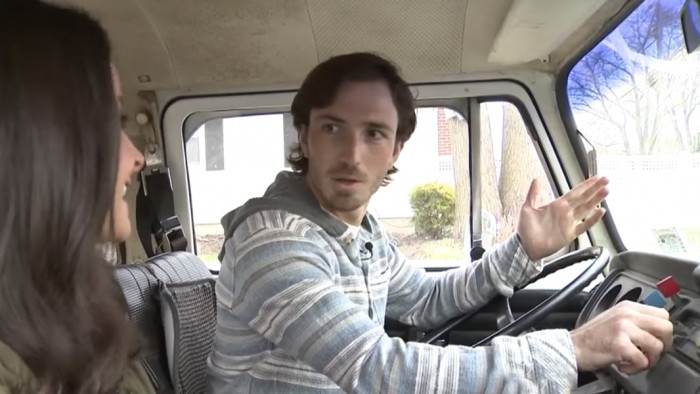 Kyle now has both his vans parked in the driveway, much to his dad's initial protests. His dad had told him, "I really don't want these things in the driveway." Kyle came out on top for that one. 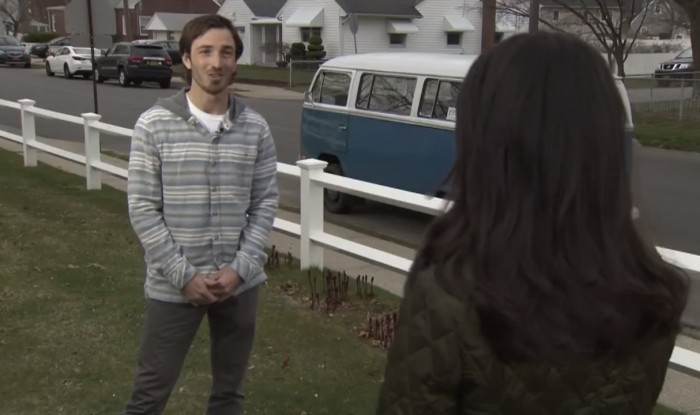 Kyle had to recreate his original Facebook picture, of course.

He has awesome plans for Matilda, saying “My friends will definitely be packed in here. We’ll have surfboards in here.”

And he also has plans to pass on the kindness the Mead family gave to him by paying it forward. 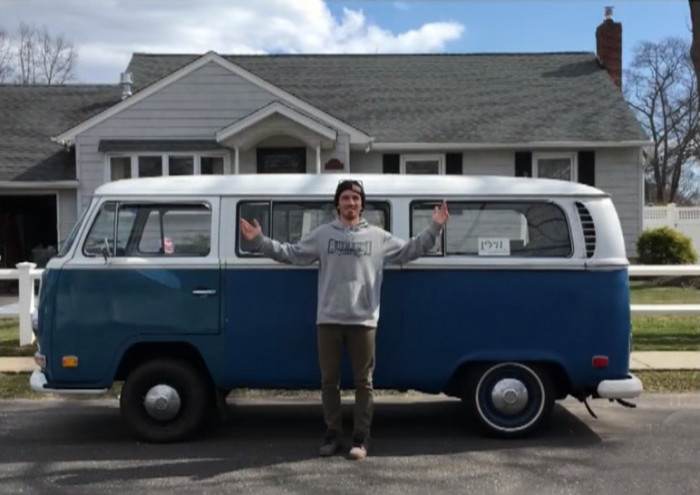 While we are on the subject of vehicle gifting, I thought I'd tell you a quick story of someone else who was gifted a vehicle this year.

Sionna Brenn, a Texas high school student, was gifted a Toyota Corolla this year. Charlie Jabaley, who was once a music manager, heard her inspiring story and decided to gift the vehicle to her. 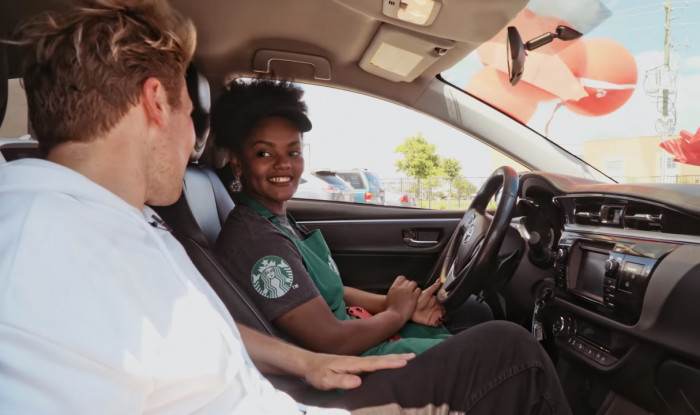 Sionna's life had not been easy, rife with abuse and homelessness. Even so, she persevered and worked hard at school to get good grades. Charlie heard her story and felt that she deserved to be rewarded.

It just goes to show you, that sometimes you can rely on the kindness of a stranger. 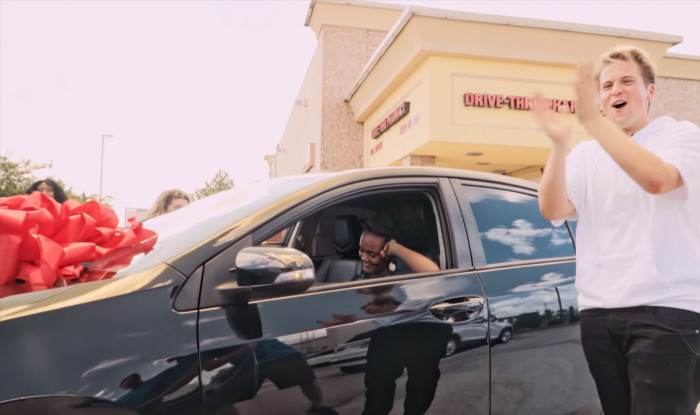