Divorce is hard on everyone, the parents, the children, friends and family... it just takes it's toll! It certainly doesn't get easier when separated parents are trying to co-parent a teenager. The teenage years are erupting with confusing emotions, even more confusing self discovery, and a constant battle of self-expression.

And all of those conflicting, raging hormones your teenager is trying to navigate through often makes things insanely difficult for the parent! So imagine how much more complex it gets when mom and dad split up and definitely do not get along. At that point, something as simple as a haircut can create conflict one never thought was previously possible.

So imagine your freshly turned teenage girl comes to you and wants to get some highlights in her hair. It sounds innocent enough and 14 is a memorable birthday so you decide to go through with it! Your daughter loves her new hairstyle and the day is well spent. You take her back to her father's house and she is returned you the next visit with a butchered pixie style hair cut, humiliated, degraded, and devastated. She's been told "that's what she gets" for getting highlights in her hair. She's been punished in a humiliating manner.

Christin Johnson, mother of 14 year-old Kelsey, took to Facebook in a now viral storm of epic proportions when her teenage daughter was returned to her with a butchered haircut as a form of punishment for getting highlights while with her mother. According to Christin's post on Facebook, Kesley's dad, Schaffen Frederick, and her stepmother, Sarah Murray, were furious with the teenage girl's birthday gift and needed to teach her a lesson!

"This is what my daughter looked like Sunday when I took her home..." 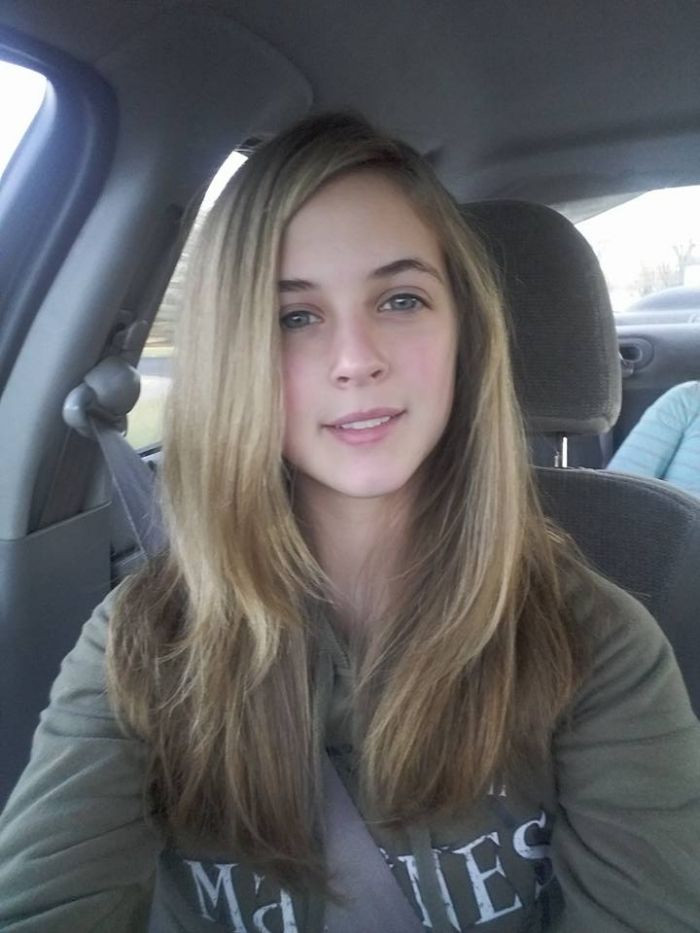 via: Facebook
"[This] is what happened today before she was brought to me..." 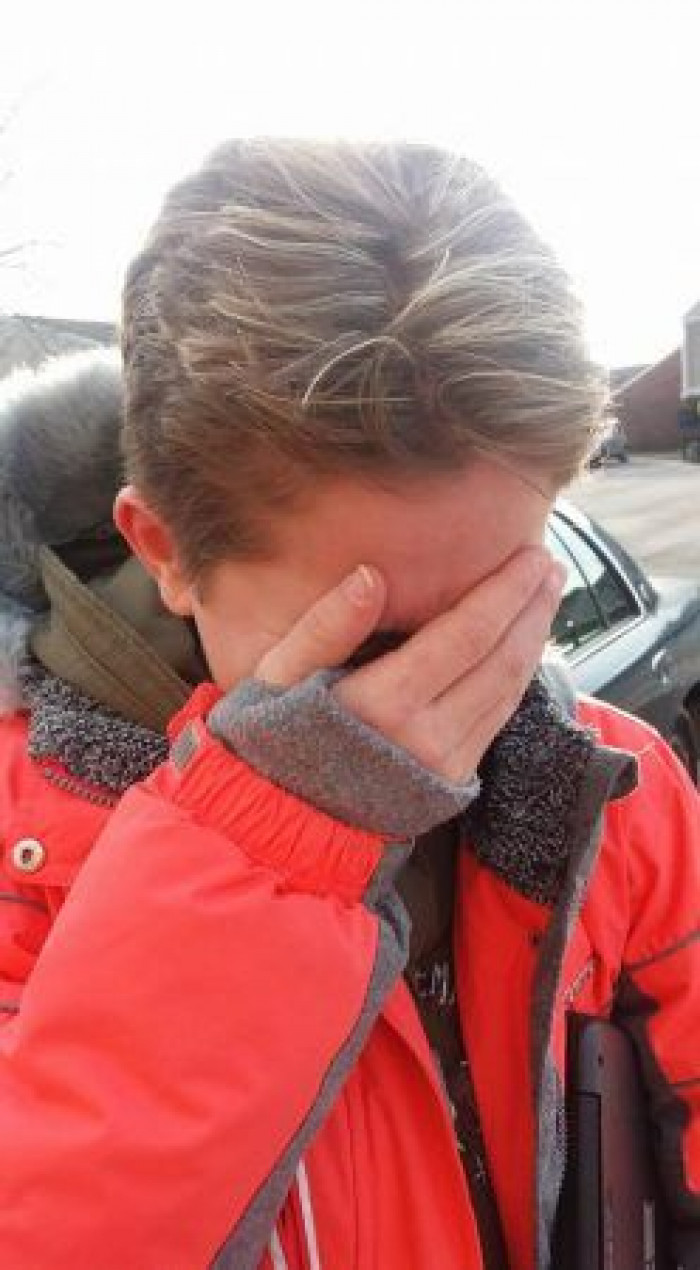 via: Facebook
"...all over me having highlights put in her hair for her birthday!" 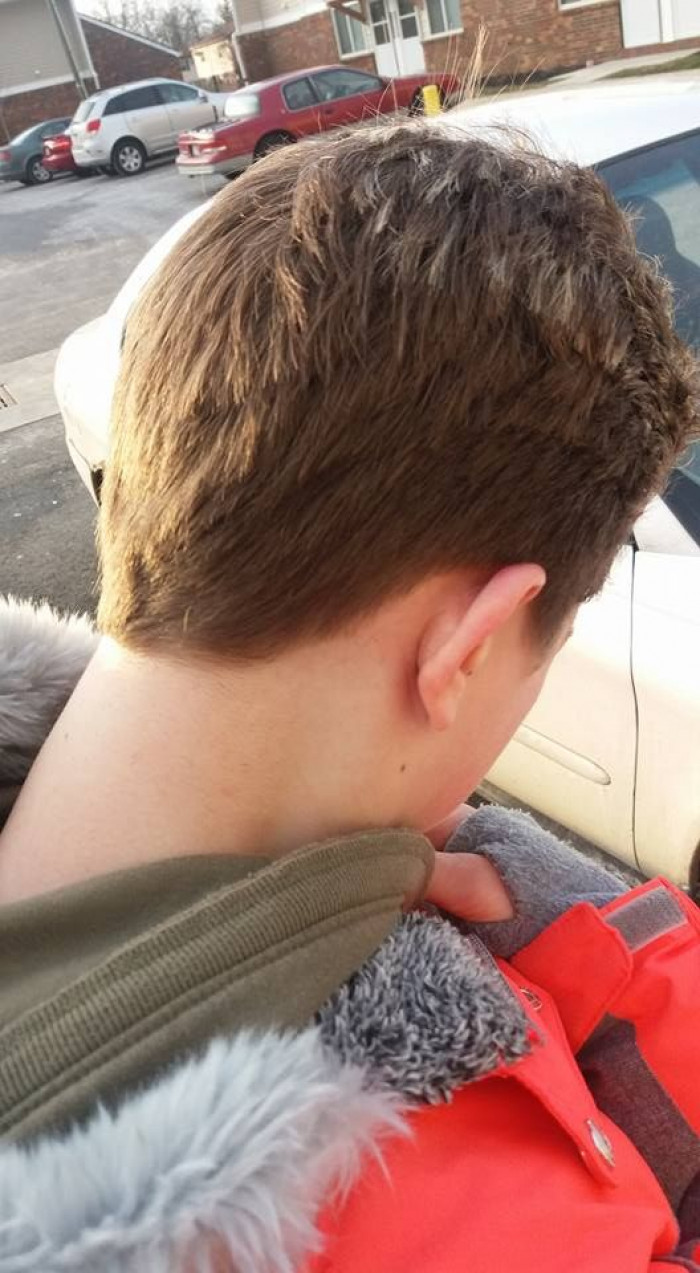 This is what my daughter looked like Sunday when I took her home and the other two pics is what happened today before she was brought to me... all over me having highlights put in her hair for her birthday!

The post blew up, going viral in a ridiculously quick fashion.

People were astounded by the father's actions.

via: Facebook
Many commentators felt the retaliation action taken against the young girl was abuse and they expressed it throughout the post, now shared over 25,000 times!

Now, since the post has gone viral, Kelsey's father and stepmother and dealing with a world of consequences. On top of the entire situation being investigated by local child protective services, it turns out the married couple are both firemen and have been placed on administrative leave!

The Middleton Township Fire Department has released very little information regarding their decision other than the following:

They were made aware of the allegations involving two of it's members on February 1st, 2018. While they publically did not identify the suspended firefighters, they did say the pair are married:

According Chief Steve Asmus, the suspension relates to a viral post on Facebook alleging the two firefighters, who are married, intentionally humiliated the husband's daughter.

The reason for the suspensions is because of the investigations being done by other agencies. According to Haskins Police Chief Colby Carroll, Wood County Job and Family Services are investigating the alleged incident. Chief Carroll says he talked to the girl and her mother about the haircut. He also said Wood County Job and Family Services talked to the father of the girl. Chief Carroll says the investigation is still in its early stages.

This update has been considered good news to outraged social media users everywhere.

Since the incident went viral Christin has provided the public with a happy update:

While the future is still unsure as far as what will inevitably happen, the court of public opinion is definitely raging hard. While many have rallied behind Christin and Kelsey, donating money to fundraisers for a lawyer, others have spread rumors about "what really happened" or felt uneasy making judgements without knowing "the full story."

Ultimately, only time will tell the whole story and what is in Kelsey's future.