We all know that dogs are man's best friend, and there is a good reason for that. They make us feel better and become a better person as soon as their love and happiness rub off on us and, to say the least, we need them!

That statement is especially true for an EMT named Justin Scott. One day he responded to the worst call ever, that led to one of his friends passing away. It was a really difficult time for him and he struggled to cope.

Justin knew he needed help to deal with the loss of a loved one, so that is when Shelby came into his life. He adopted her from a shelter to be his service dog and as soon as she walked into his life it became so much better.

"I looked at her still in the shelter parking lot and told her, 'I saved you and now I need you to save me,' and she did," Scott wrote on a Facebook post. "She pulled me out of the grips of hell. She’s my best friend and my shelter from the storm."

Justin and his family decided to go camping in the Eastern Sierras in California for the Fourth of July. While everyone was having fun and enjoying the campsite, Shelby got scared by something and that is when she slipped out of her collar and ran.

Her family immediately started searching for her and they even set traps in the woods hoping to catch her. They stayed really close to the traps for in case she shows, but they only saw bears coming to investigate.

Shelby was lost and alone in the wild, but her family never gave up on her. She managed to pull Justin out of a dark hole and he was going to do everything he can to save her again. 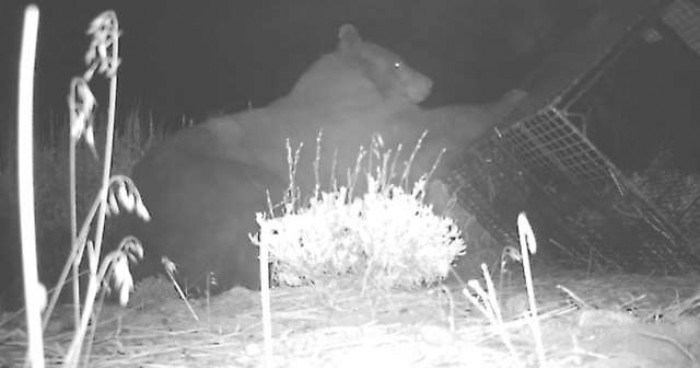 And so the days went on and Shelby has been missing for 13 days and her family was worried sick. They decided to contact A Way Home for Animals, which is a nonprofit organization that helps families find and reunite with their missing pets.

The founder of the organization, Babs Fry drove out to meet Justin and the family with the hopes that she can find Shelby quickly and bring her home to where she belongs. But when Barbs got there she knew it was going to be a challenge.

"Through communicating with everyone in the area, signs, camp host and general store we were able to make sure that anyone that saw the dog knew exactly who to call," Barbs said. "As a result, we received a call the morning after I arrived that Shelby had been seen 3 and a half miles south. I immediately evaluated the area for a probable food source, water source and a safe place to be unseen so I could set the five traps I had available to me."

Barbs waited for days for Shelby to go into one of the traps that were set up for her, but that didn't happen. Luckily she got another call saying that Shelby had been spotted going out in the night looking for food.

Barbs immediately went to the location, set up some traps and within 45 minutes she got Shelby! 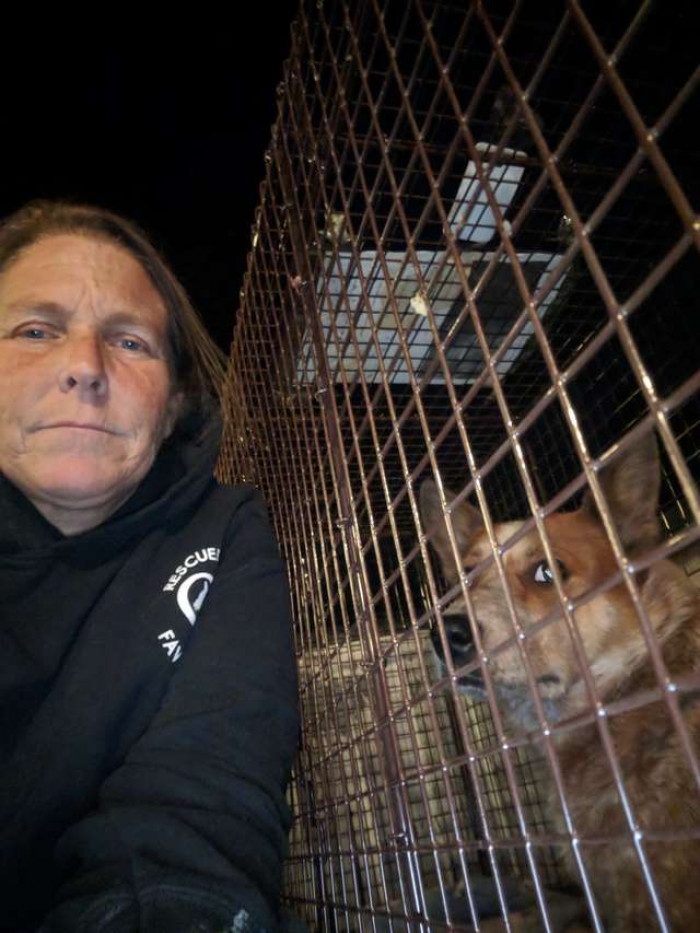 Barbs was so happy that they finally caught Shelby, but it was nothing compared to what her family felt. 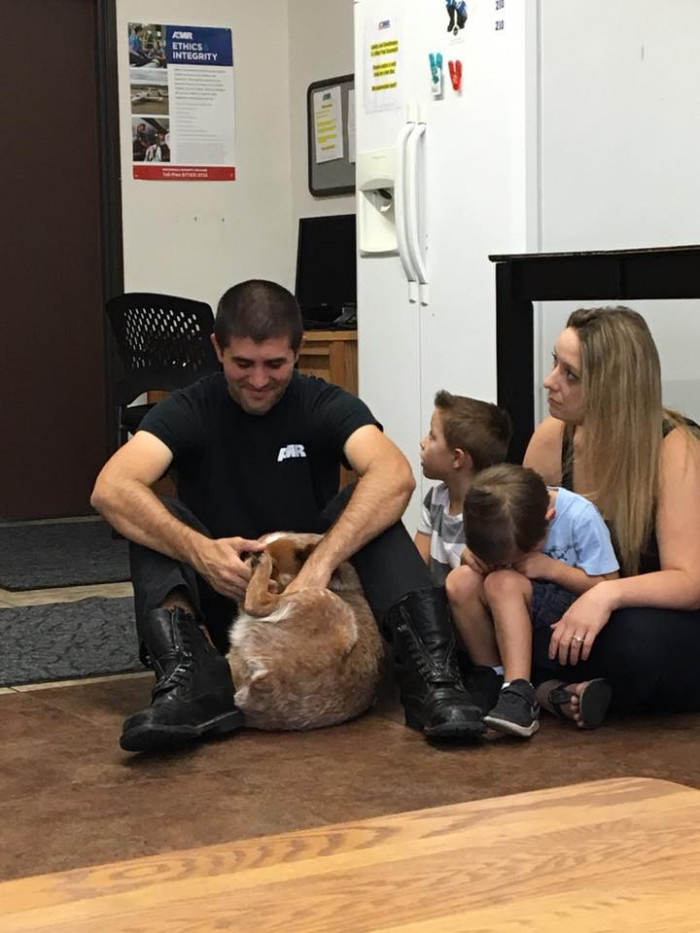 They all completely broke down with happiness when they saw her! 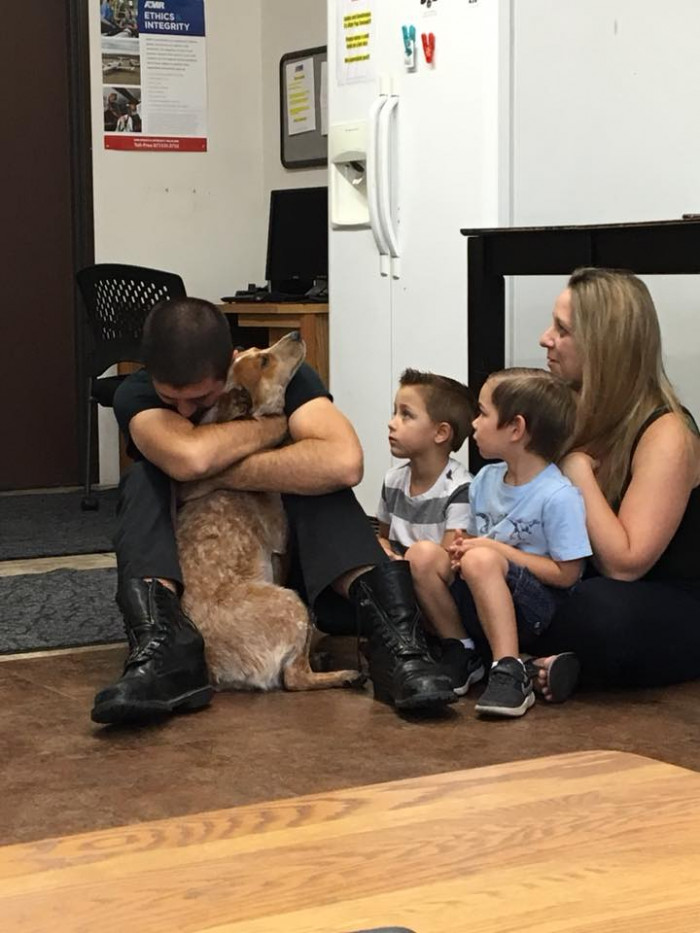 "No amount of words can express what it felt like to walk through that door and see this dog throw herself at her family and watch her family embrace her with love," Barbs said. 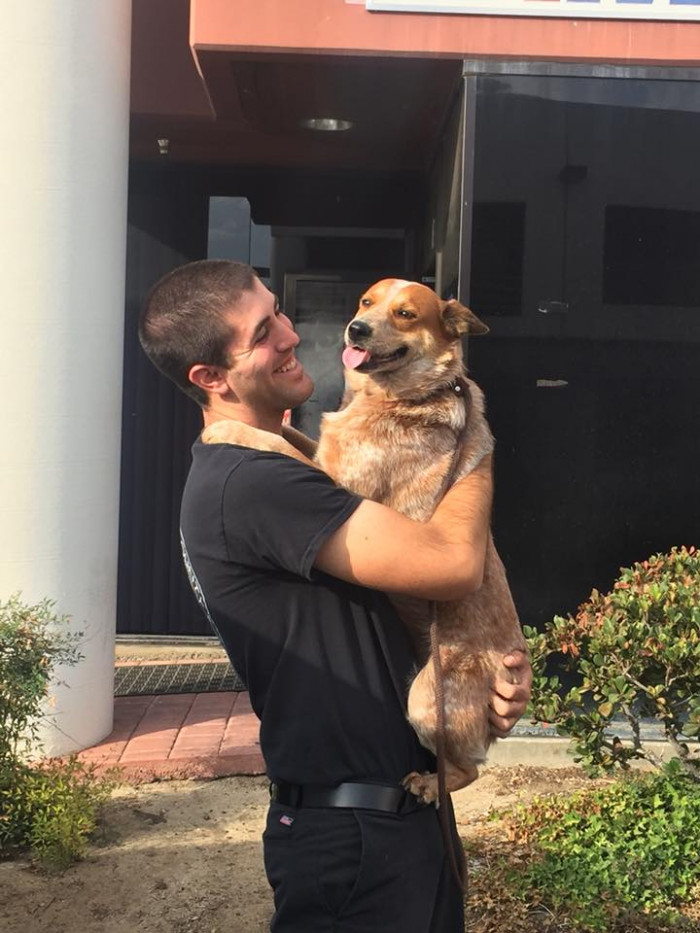 Shelby was gone for a total of 28 days, and her family never decided to give up on her. Many people would, but Justin and his family love Shelby so much for everything she has done for him that there was just no way that they would ever give up on her.

But now she is where she belongs, with her loving family back at home!

"I am still crying," Barbs said. "The story from start to finish is an amazing one. The commitment level of Shelby's owners was by far beyond anything I have ever experienced."