Video footage has just been released of the jaw-dropping moment a French family narrowly escapes being attacked by cheetahs during their visit to a Dutch safari park. Filmed by a witness, the footage shows the tourists being chased by cheetahs after getting out of their car to take photos, even though the visitors are under strict instruction not to do so.

The tourists cannot believe their eyes when the family gets out of their car to take photos of the predators while they are resting. Unsurprisingly, the cheetahs begin to run towards the group, made up of three adults and two small children.

They all run for their lives, bar one of the women, who is seen picking up the youngest child and shooing the cheetahs away as she strides to the car.

This family was seen getting out of their car in a Dutch safari park, where visitors are under strict instruction to stay inside their vehicles. 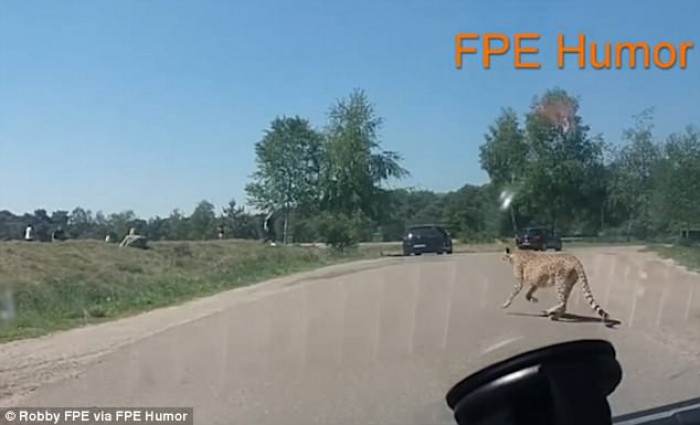 To the witnesses' horror, the adults get out with their three small children, despite knowing that they were in close proximity of the fastest animal on the planet. 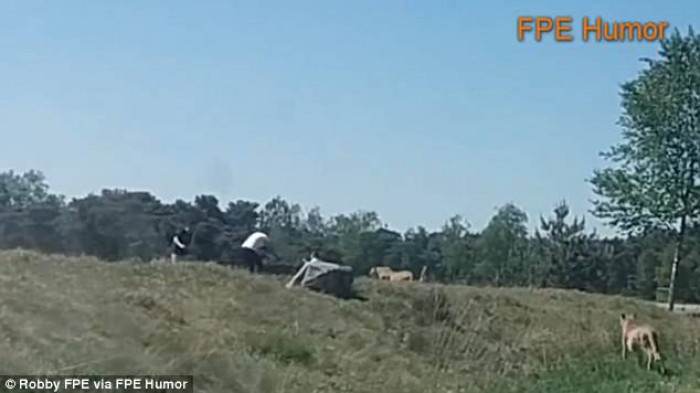 Unsurprisingly, the cheetahs begin heading towards the family. 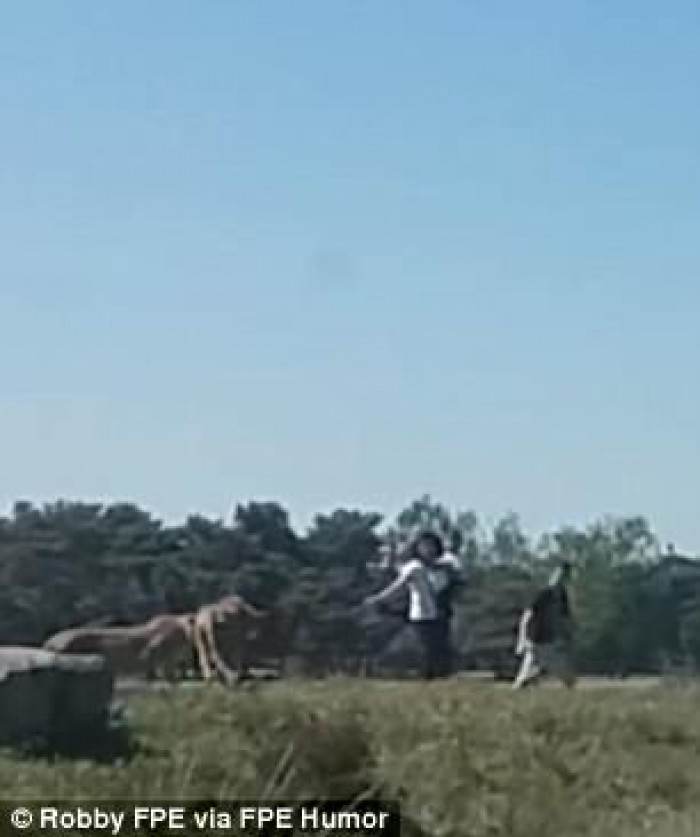 The family run for their lives, though the mother can be seen picking up the youngest child and shooing off the cheetahs. 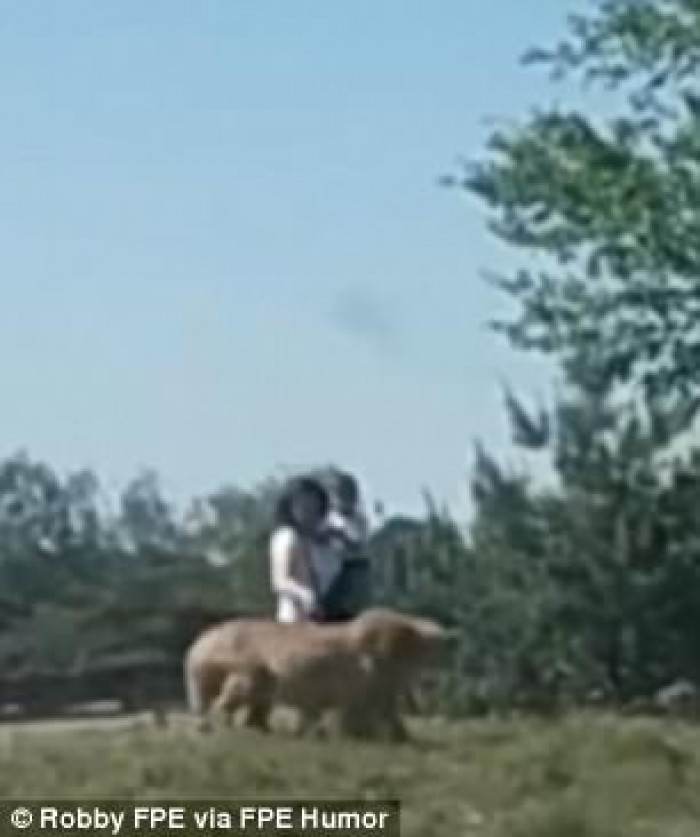 Amazingly, all five people from the group make it back to their car. 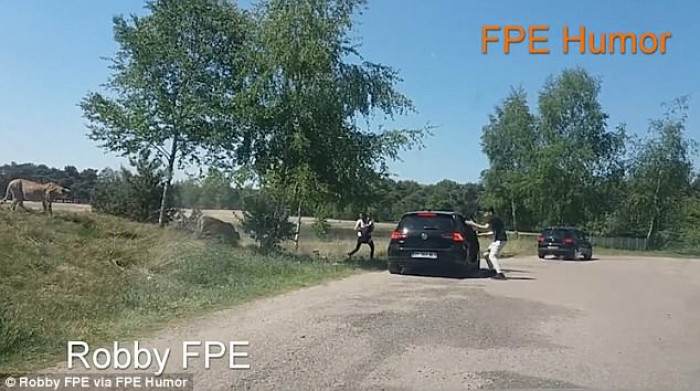 A spokesperson for Beekse Bergen park said they make it very clear, in several languages throughout the park, that it is forbidden to leave your vehicle.