It can be said that almost everyone has heard of Game Of Thrones by now, and even if you don't like the show it's pretty hard to deny how well it's been filmed. Yes, there's guts, gore, action, love, nudity, and of course DRAGONS, but what has it got for those who aren't sold by just those options? Well, there's Tyrion Lannister's intelligence and quick wit? Or how about Jon Snow and his ruggedly good looks? Still not sold?

Try viewing some of the most beautiful and astounding scenes of the show, though they may not action or adventure, they are sure to please the eye.

WARNING: MAY CONTAIN SPOILERS (Probably not though.)

This scene occurs at the end of season 6 when Daenerys Targaryen leads her fleet of ships across the seas, ready to claim the Iron Throne. It is stunning in many ways, we see rippling water dotted with whitecaps, the hundreds of ships stretching across the screen, and of course, the Breaker Of Chains Children, the dragons. 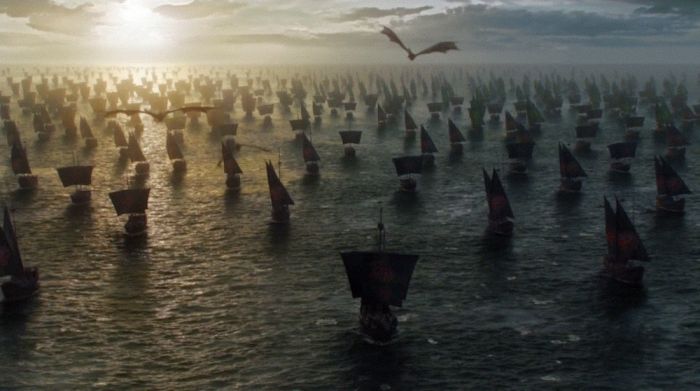 Also from season 6, this massive Weirwood Tree sit above the Cave of the Three Eyed Raven. This scene looks absolutely fantastic simply because of the use of lighting and color. Not only that but this Weirwood tree has been highly anticipated in the series for a while as Bran travels outside of The Wall to find it, and was made to appear as both magical and calming in the midst of all the trouble the characters have been going through. 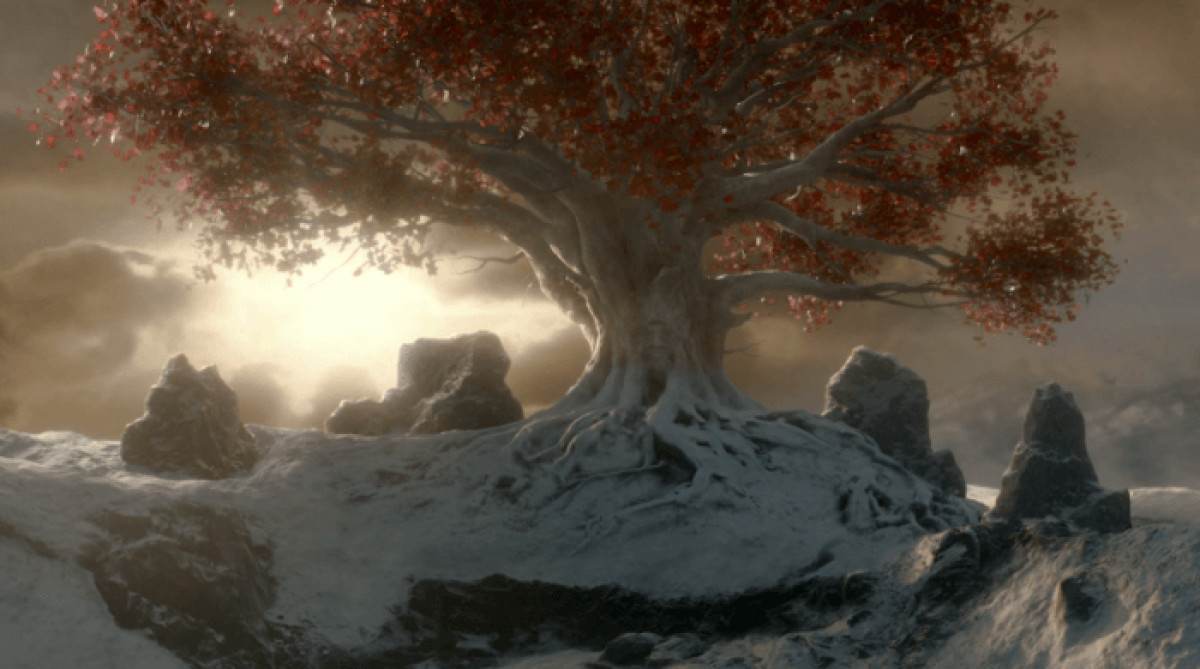 Any viewing of The Wall is amazingly done, but this is one of my favorite images personally. The wall has been made to look exactly as it should, tall, cold, and made of ice. It may not seem like much when you put it that way but when you think about seeing a wall of ice in real life that's around 300 miles long, and over 700 feet tall, trust me, you'd be impressed. 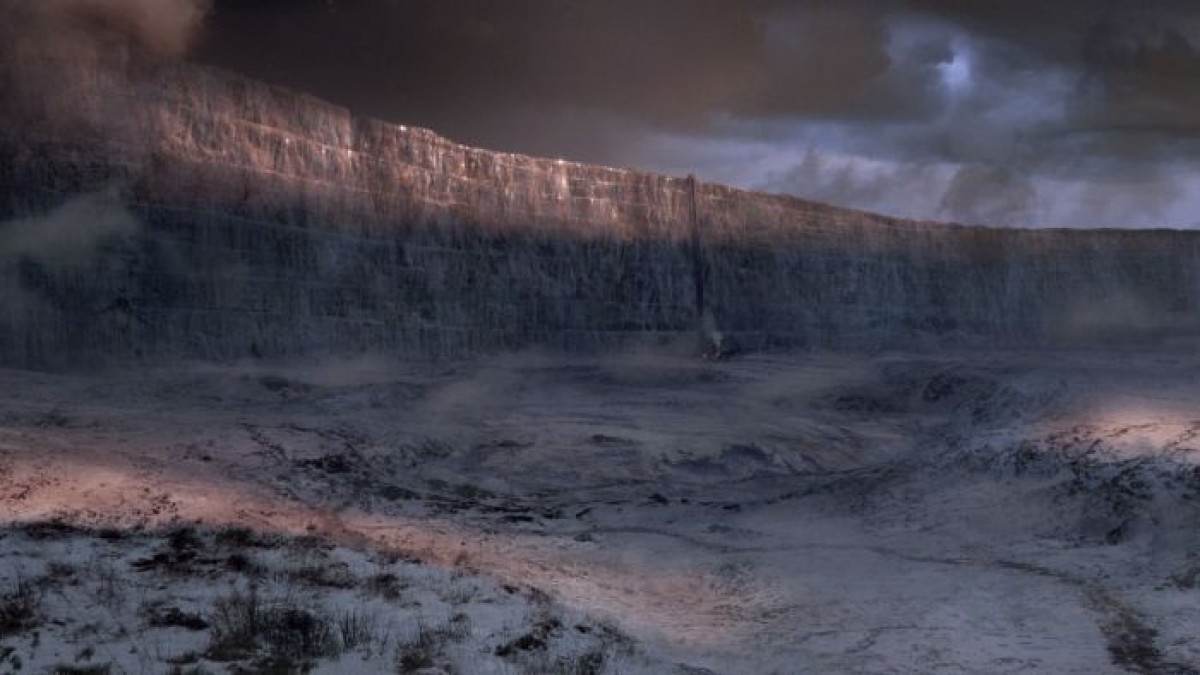 4. Battle of the Blackwater

This scene (this time from Season 2) shows a large number of Stannis Baratheon's ships being destroyed by Wildfire (Thanks, Tyrion!). The fact that Wildfire is green is not only amazing but also visually stunning against the black backdrop that this battle was set on. This move by Tyrion Lannister (Acting Hand of the King) weakened Stannis's forced considerably and made for a more equally matched battle. Both stunning, and practical! 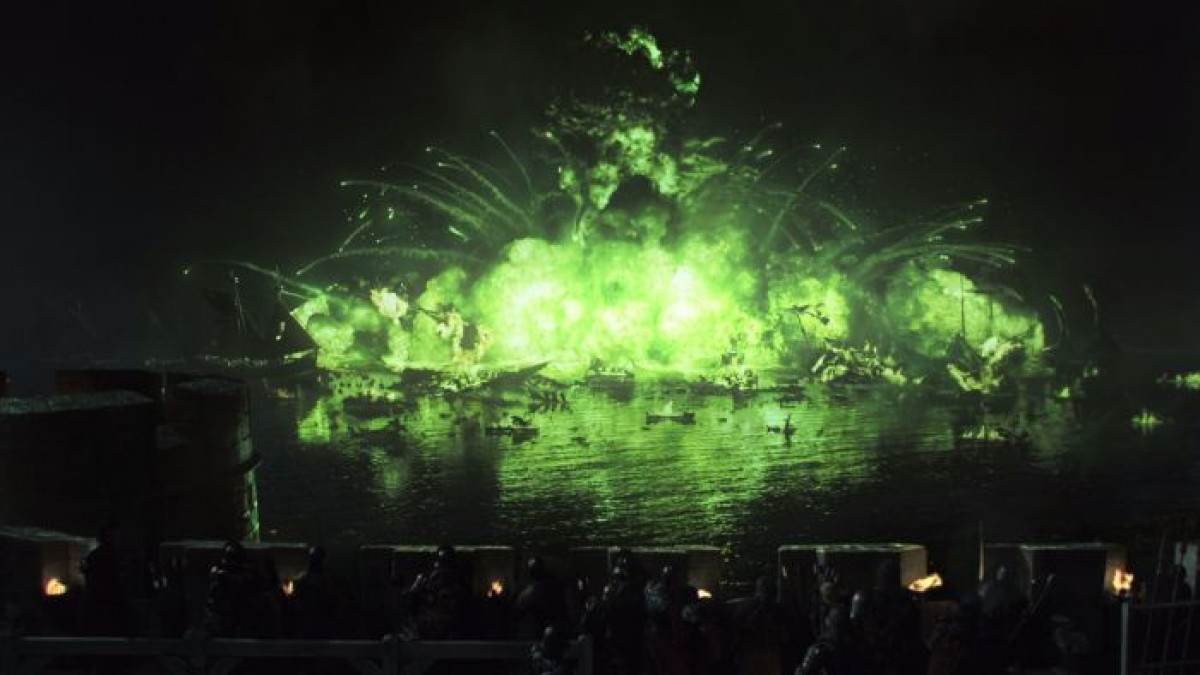 This scene from Season 6 was possibly completely overlooked by most because really, Horn Hill didn't have much inclusion in the series until this point. It wasn't filled with action or anything exciting but this scene with the view of the castle in the distance was beautifully done. The castle catches the eye of the audience, but due to the way it is presented, doesn't overshadow the people in the foreground. 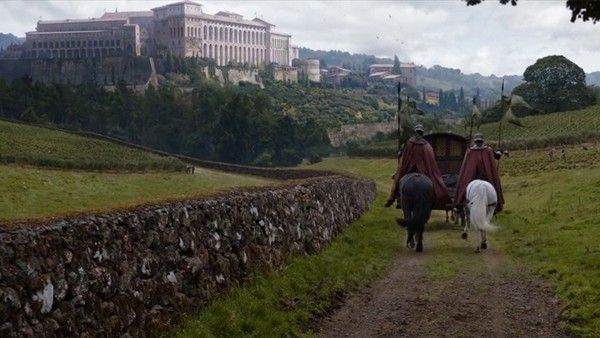 6. The Titan of Braavos

In the beginning of Season 5, we see Arya Stark sail into the Free City Of Braavos, and that means sailing through the legs of this massive statue that stands almost 400 feet tall. The view of the open canals and the bustling city behind the statue do nothing but reinforce how absolutely huge this thing is, even without the extra height that would be there if its sword was still in tact. Imagine seeing that! 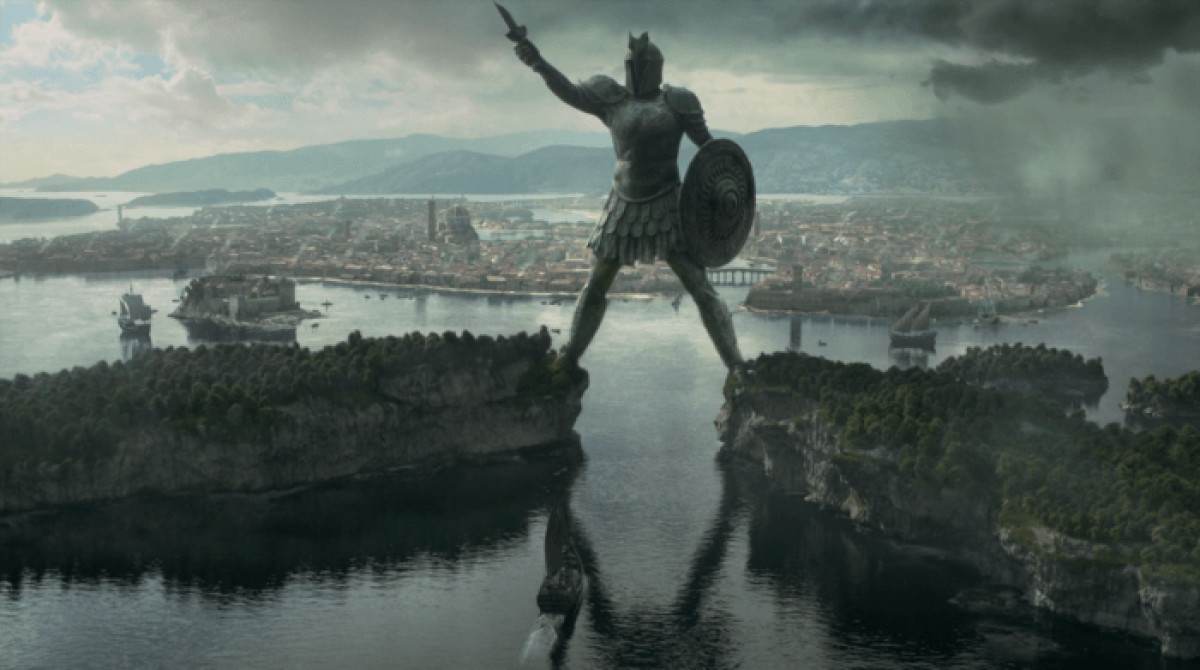 Have you ever seen a more beautifully melted tower than this? Season 2 of Game of Thrones sees Arya Stark, Gendry, and Hot Pie taken as prisoners within Harrenhal. The castle, once the biggest in all of Westeros was melted to ruins by Dragonfire, as seen here. This scene is beautiful because it shows off the many walls and towers of the castle in great detail, again thanks to the fantastic lighting, instead of overlooking it and making it just another broken ruin. 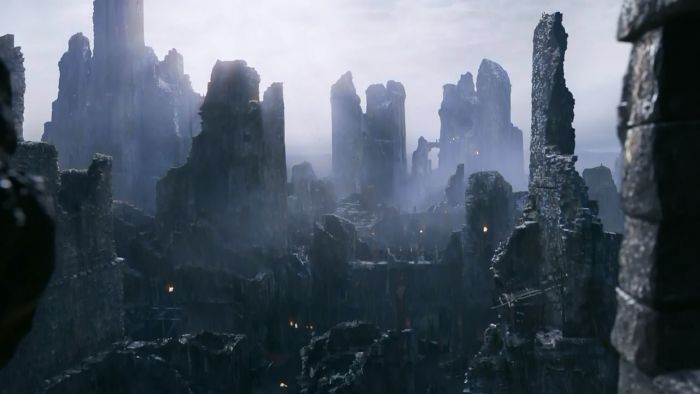 8. Battle of the Bastards

This scene HAS to be another favorite, Jon Snow thick with grief, faces off with a galloping horde! The best thing about this scene? No CGI, it was 100% real (up until the last minute) Again from Season 6 it's almost impossible not to enjoy this scene, the focus on Jon Snow in the foreground, while the horses go into slow-mo just as they are about to collide, is simply a masterpiece. I could fangirl all day over this sequence. 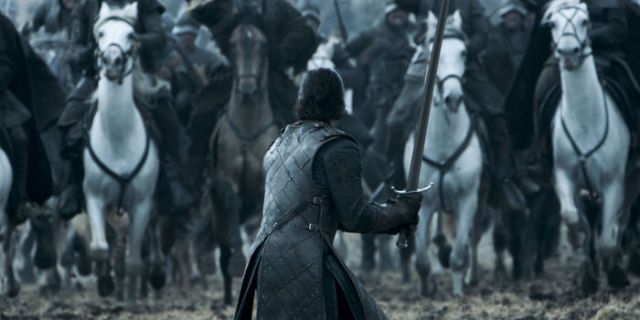 Season 1 Episode 10 brings us the burning of Khal Drogo's body (RIP). This aerial shot shows both the rings of fire with the body of Drogo in the center. Forgetting that there is a woman being burnt to death in this scene, it's actually a nice look into the rituals of the people and was filmed well as another set of bright color on a darker setting. 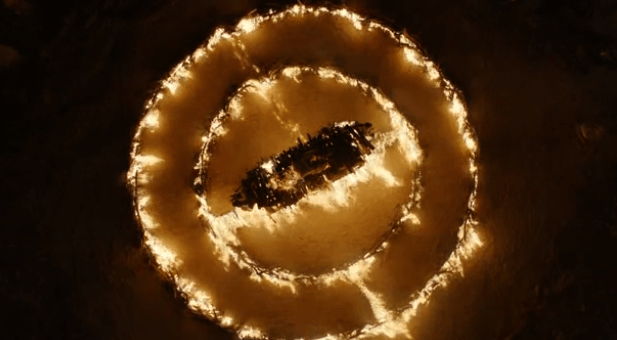 This is another structure that always looks stunning, it was originally built by slaves and was topped with a giant bronze harpy statue, though we see this removed in this scene of episode 1 of season 5. The pyramid never fails to look absolutely stunning, both inside and out, but this scene shows it looking as sleek and strong as ever, almost glowing as they remove the harpy statue and Dany begins her rule as Queen. 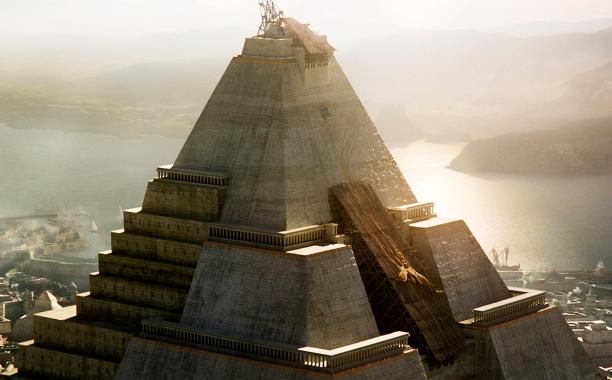 Obviously, these aren't the only great scenes in the show, there is far more beauty hidden in every single season, so make sure you check it out for yourself!

The Game of Thrones costume designers have revealed that the actors actually wore Ikea rugs that were transformed into capes. Incredible!