Almost Three Decades After A Girl's Disappearance, Her Brother Comes Forward With A Horrifying Story

David Lambert, the brother of missing girl Martha Jean Lambert, has shown up to the police department in St. Augustine, FL. She's been missing 24 years, but it seems that he knows more than he has ever previously admitted to. At 38-years-old, he is ready for the truth to finally come out.

St. Augustine, FL is a popular destination for tourists, but not all of the residents live in beautiful mansions such as the one pictured.

In 1985, David and his sister Martha Jean reside with their parents Howard and Margaret in a semi-rural trailer just a couple miles away from the wealth and vacation spots of the city. 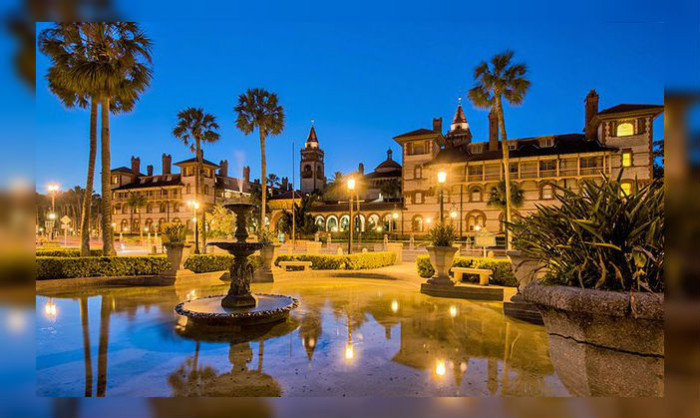 She was a feisty one.

The siblings were 14 (David) and 12 (Martha Jean) at the time, and Martha had just started junior high school as a 7th grader that year. While she was a tiny girl, weighing in at 70 pounds, she was also known for her combative and feisty nature that well surpassed her stature. 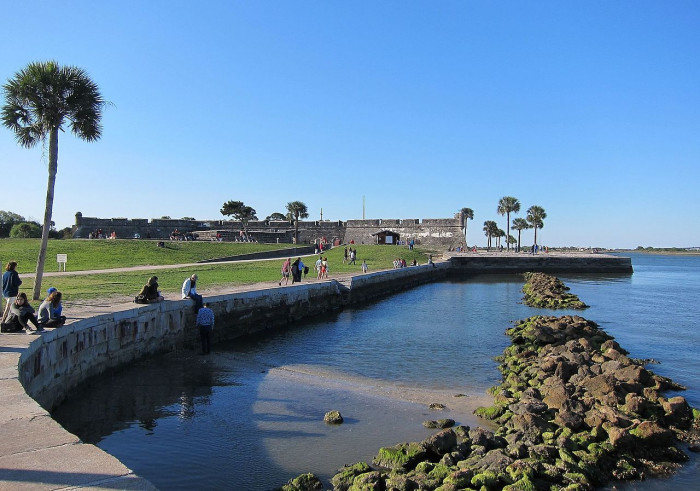 It was Thanksgiving on the day she disappeared and the family was excited to celebrate together. Unfortunately, the happy story ends there as someone burned the turkey and their father became very angry. They quickly wanted to get away from their furious father so they left home and went to wander around the neighborhood. David had a little money, so he gave Martha Jean some so she could get something at the local store. 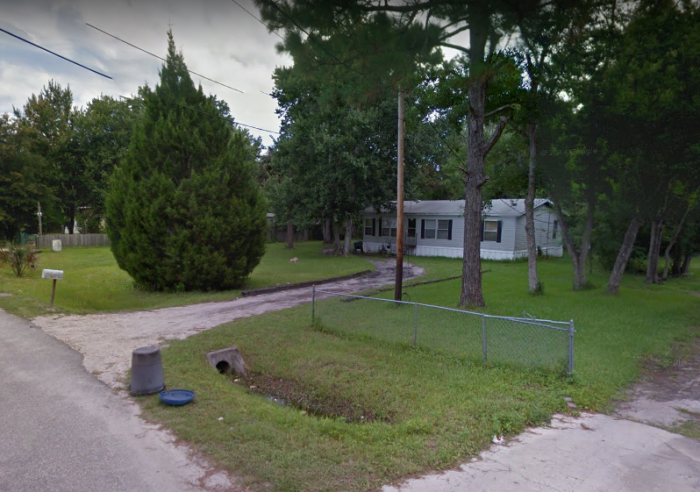 While they wandered around they happened upon the abandoned campus of Florida Memorial College. It hadn't been used in several years at the time and was covered with dangerous rubble and discarded shards of glass. While it does not seem like a good place to play, one local detective would later describe it as "like a poor kid's Disney World." 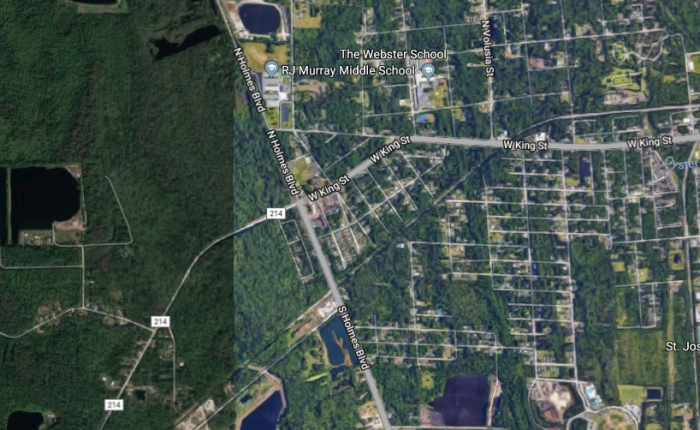 The next thing David knew, Martha Jean had left to go play elsewhere and then vanished into thin air. Police conducted an extensive search for the little girl but were never able to find her. 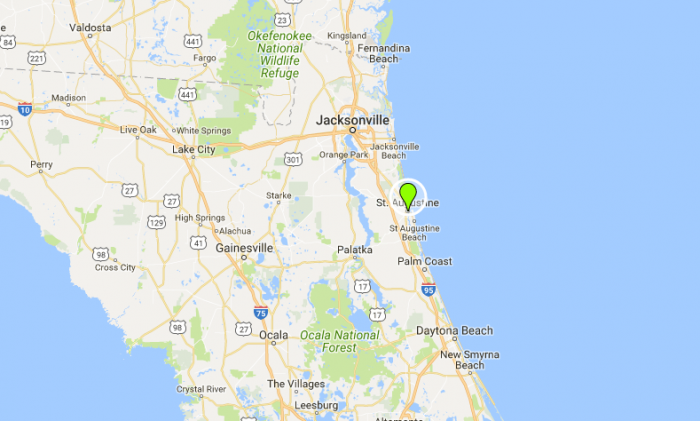 David was suspected by police of knowing more than he had told them, but since there was no evidence of foul play and she could've just been a poor runaway, nothing ever was done about their suspicion of David. 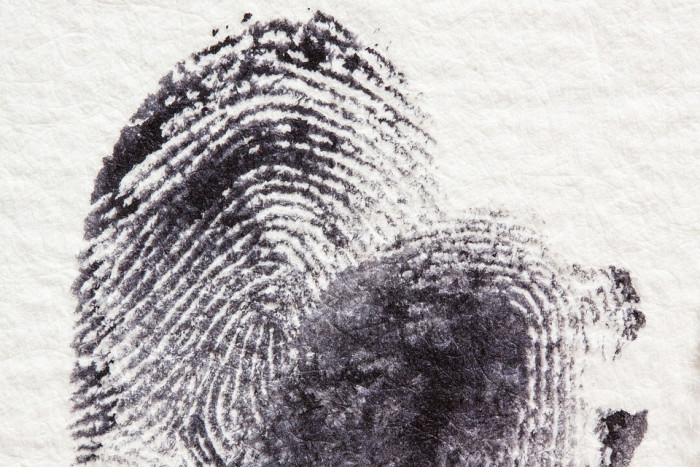 Life after she disappeared

As is with many parents of missing children, her parents divorced and life went on. It seems David had moved on as well, until in 2000 when police arrested him for attempting to write a bad check. He must've been feeling guilty because when they brought him in for that charge, he made quite the confession. 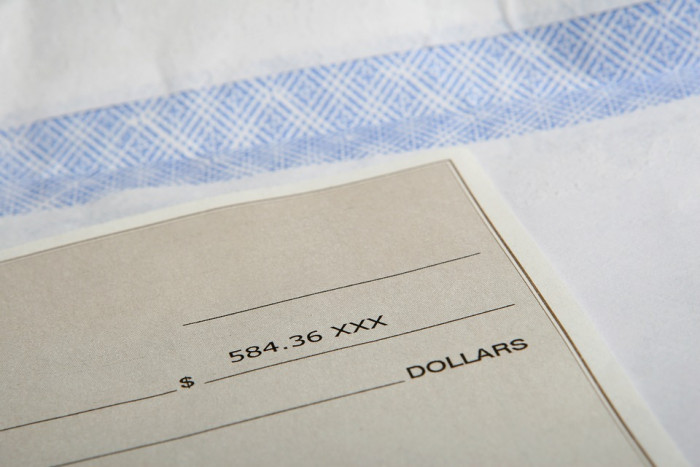 Buried in a coquina mine

Detective Sean Tice said in an a 2010 interview that David actually confessed to killing Martha Jean at that time.

“I need to get this off my chest,” David is reported to have said. “I’m responsible for my sister’s death.” He later told the detective that he had buried her in a coquina mine in St. Augustine. 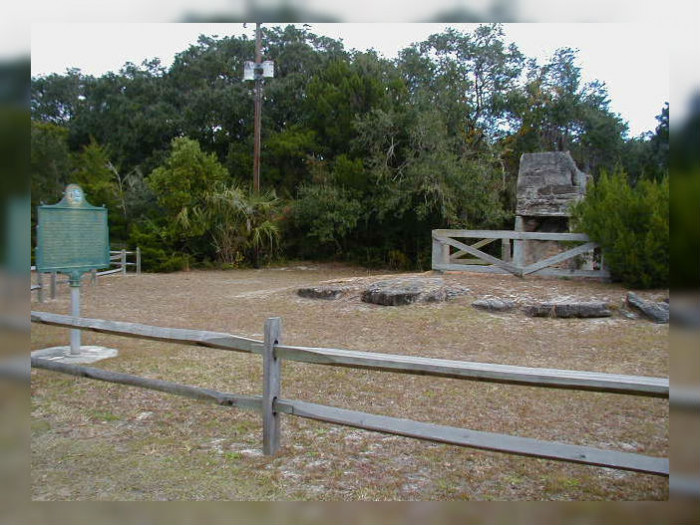 Police made an attempt to locate the body of Martha Jean at the mine that David specified, but nothing turned up. With literally no other evidence besides his confession, the police were unable to charge him for her death. Detective Tice did not give up, however. He and another detective, Howard Cole III, set out to figure out exactly what happened to poor Martha Jean. 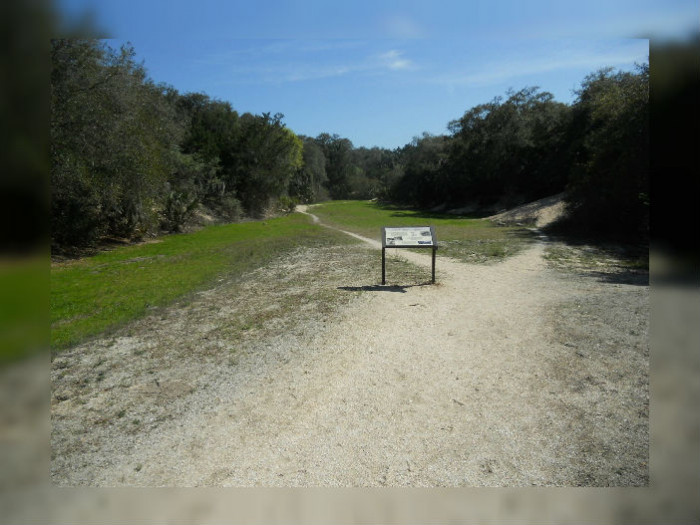 Something to go on

Now that the police had a lead, they set out and interviewed everyone they could that known or lived near the trailer back in November of 1985. Several of the people pointed at David and the story he had been telling about that day since she went missing. 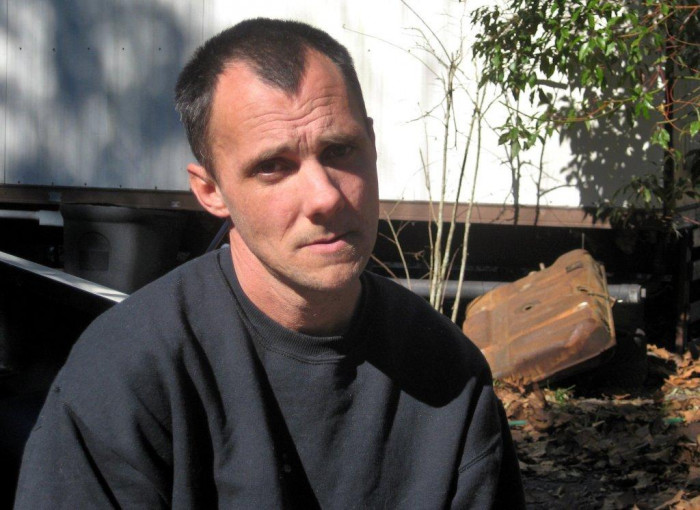 David was subsequently brought into the police station and interviewed in three different sessions. He eventually admitted to how he was involved in his sister's disappearance.

After they arrived at the abandoned college campus that day, Martha Jean apparently asked David for more money, but he told her no. 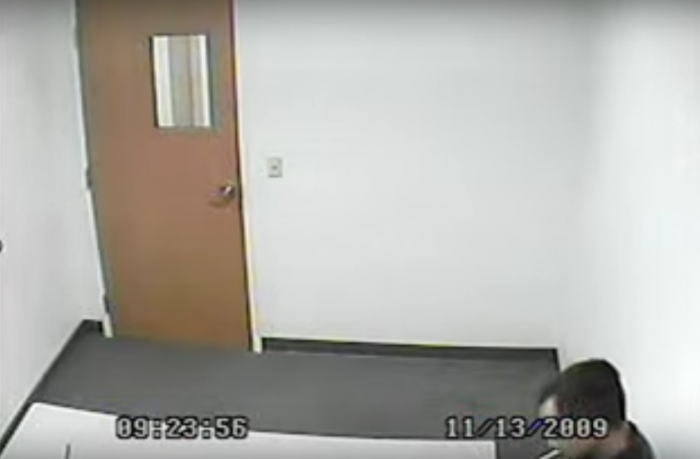 According to David, Martha's volatile side came out and she pushed her brother, and he defended himself by pushing her away. He said that his push caused her to fall backward, and a freak accident occurred: she landed with the back of her head connecting with a sharp piece of metal sticking out the ground. The metal had horrifically pierced her skull and killed her. David had always blamed himself for killing his sister. 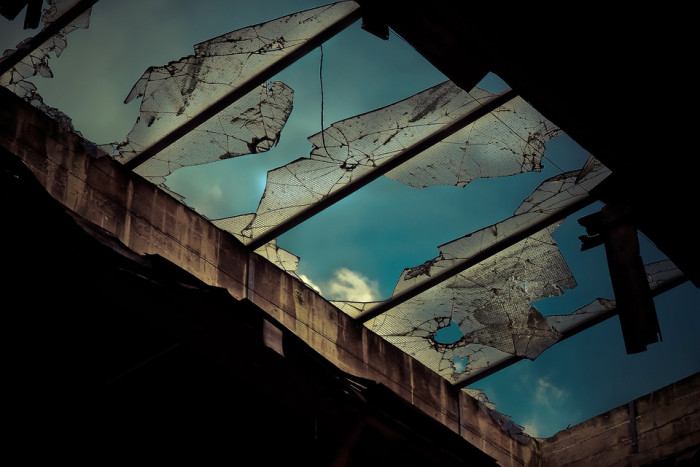 He tried to help

He went on to tell Detective Tice that he had tried to get help for his sister. “D. Lambert stated when he lifted Martha up there was a large hole in the back of her head and blood was pouring out,” he wrote. “D. Lambert stated he initially called out for help, hoping that someone would be walking by and hear his cries.” 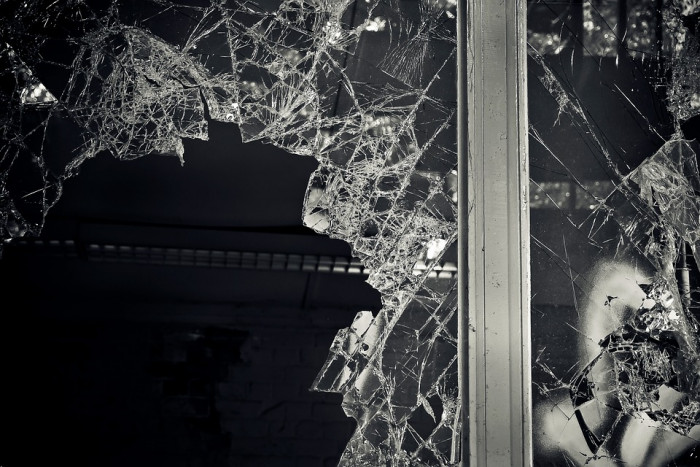 No one ever came.

Likely because it was Thanksgiving and many people were at home with their families, no one ever heard him cry or came to help. He panicked and used a nearby broken road sign to dig a grave to bury his sister in. Detectives were taken aback and asked him why he had never told his parents what really happened. He told Tice that he was simply scared of how they might react. 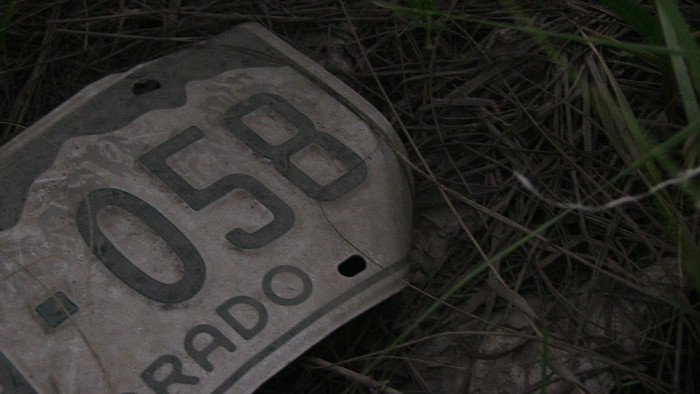 After digging a little deeper, it came out that he was most fearful of his mother, and always had been for his whole life.  “He was terrified of his Mama,” Tice explained. “Still is.”

Spooked by a picture of Martha that Tice placed on the table, David was eventually convinced to write and sign a statement of what he did to Martha Jean. 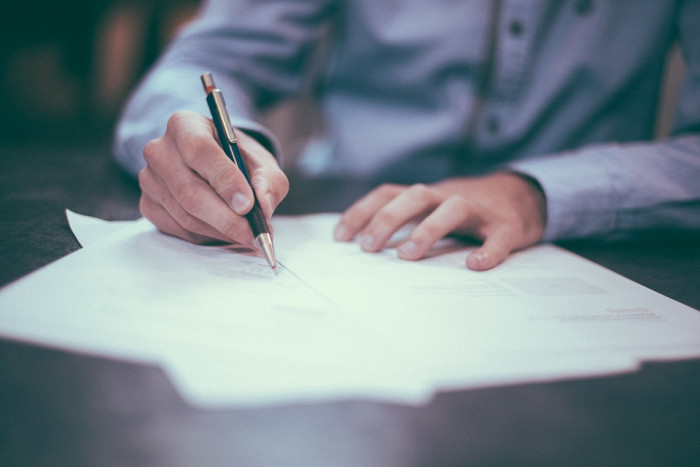 Where was she really buried?

This time though, he told them to the real location of where Martha Jean was buried, and it was none other than the location where the Florida Memorial College had been back on the Thanksgiving Day in 1985. He drew them a map and police took cadaver dogs to find the body. The dogs did react to a specific location, but no remains were ever located. 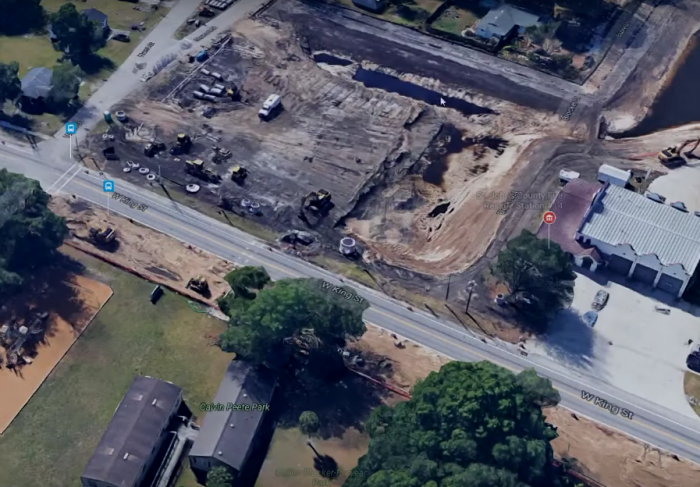 We may never know.

It is also solid to note that his mother never believed the story that David told police. She claimed that he often made up stories for attention and that she firmly believed Martha Jean was kidnapped.

We may never know where Martha Jean ended up. Later on, David actually withdrew his signed statement, saying that he only told the cops what "they wanted to hear".

Suspicious, if you ask me. 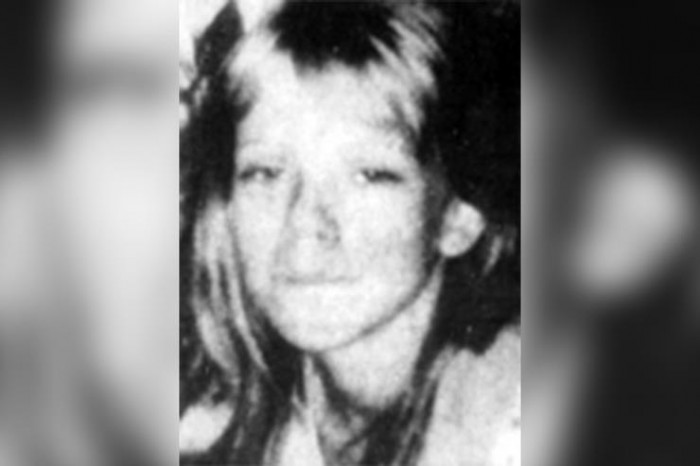 via: The Charley Project