Hurricane Harvey is one of the major storm-related disasters to hit landfall in the USA since 2005, currently causing a death toll of 70. On the 25th of August, it made its way to the state of Texas as a category 4 hurricane, Houston being the area of most flooding along with a few others. It has only gotten worse since and is now being regarded as a tropical storm.

The elderly, considered as some of the most vulnerable in our society have been the majority of victims in this tragedy.

Social media user Stephanie Mata caught a glimpse of this situation, where an elderly man found himself trapped in his submerged SUV. Forming a chain with their hands held, the public gathered to his aid in order to save his life.

Watch the videos below:

It was said that Texas is approximately under 19 trillion gallons of rain water.

These numbers were recorded on the 26th of August. 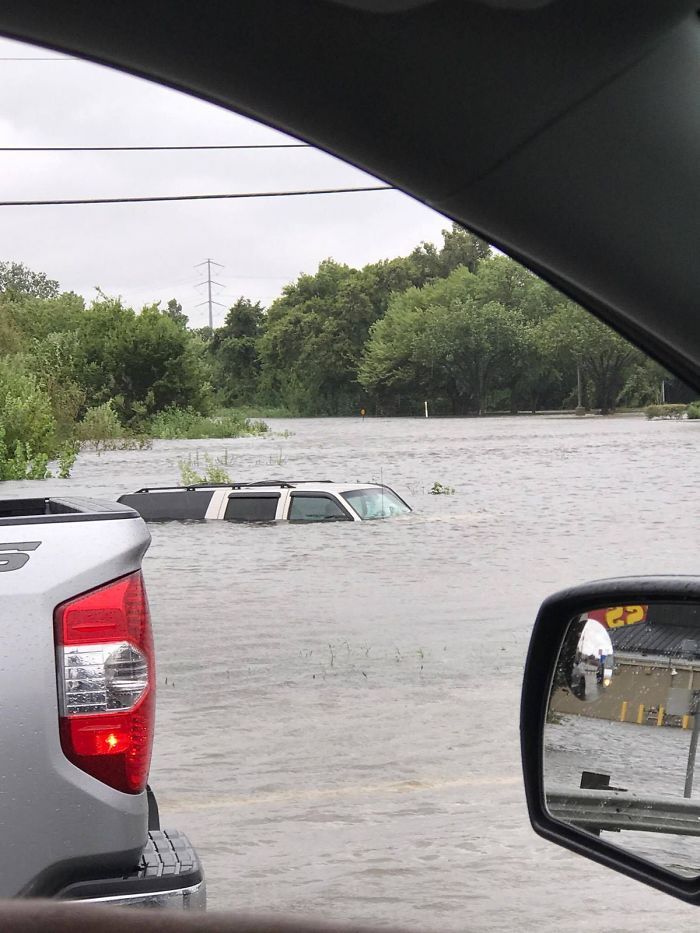 It's incredible how humanity can defeat even the strongest of storms.

Recent news suggests how divided people have been lately, especially in the USA. It's a rare sight to see Americans work together like this to reach a common goal. 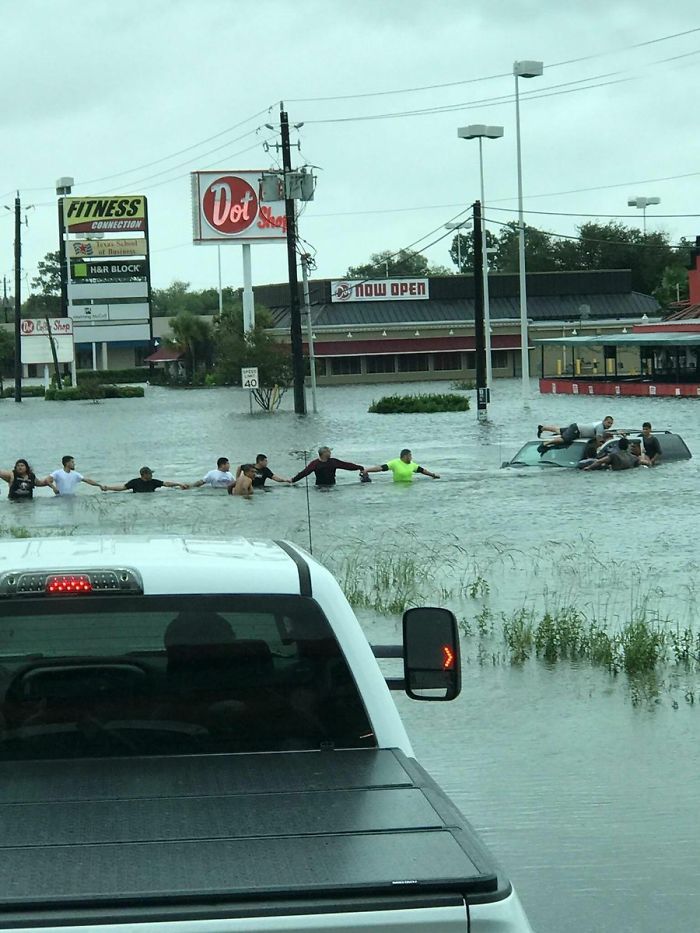 As he was saved successfully, the man's condition and identity remain unknown. 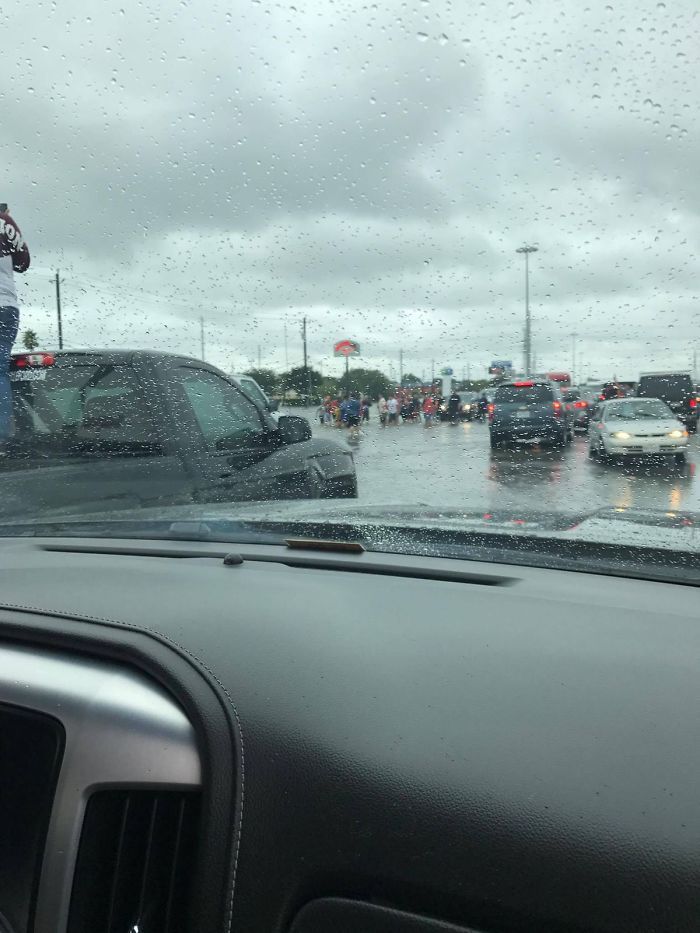 Officials recommended that everyone in Florida evacuate immediately, but these storm chasers had other ideas. Take a look at this never before seen footage from people who risked their lives in order to take these videos.