Going out to eat with friends, family, and loved ones are supposed to be an all-around pleasant experience. In the United States, there are not many places you'll go where the waiters and waitresses are paid more than a couple dollars per hour and instead depend deeply on their work performance to dazzle you into giving a worthy tip.

Tipping, in general, has become a volatile subject for the American people. We can never seem to agree on etiquette or unspoken rules but one thing is certain: waiters and waitresses work for their tips. They depend on that money to survive, that is their paycheck. Now that we've gotten that out of the way let's talk about how annoying the math portion of tips can be.

Typically when you go out to eat you'll tip your waiter or waitress anywhere from 10 to 25% of your bill. For most people, figuring the math on this with the intentions of giving just the right tip for your experience is something that takes at least a little effort. For others, it may even be a bit of a nightmare.

Either way, somewhere along the way in an effort to make sure hardworking employees got the best tip they can restaurants began to add a section on the bottom of the receipt giving a little mathematical advice labeled suggested gratuity. They show you the exact amount you would add to your bill if you want to tip 15-18-20 percent. This is a welcome change for most people because we go out for relaxation not to do the math. 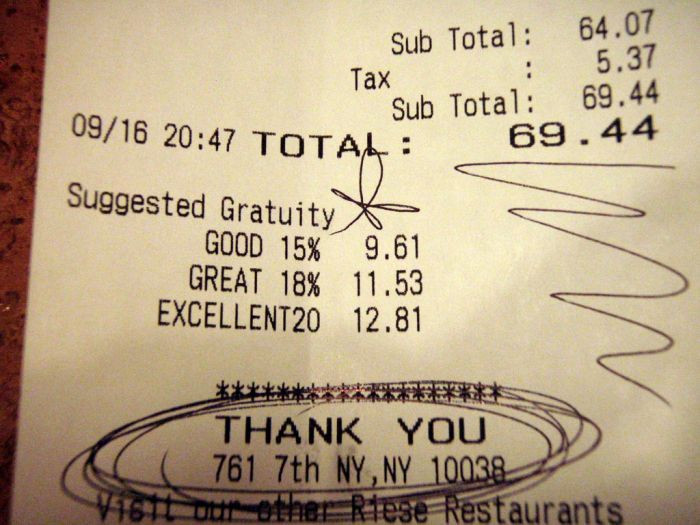 I am in love with how the receipt has the suggested gratuity.. Like omg. Every restaurant needs this! 👏🏽👏🏽👏🏽 https://t.co/OQqkJI4Gbj

Whether you use this service or not, you have to admit it's pretty handy!

But now some restaurants are in seriously hot water as a new lawsuit has revealed there may be a lot more to this whole "suggested gratuity" business than any of us previously realized.

A new lawsuit has recently gone extremely public and it wants you to know that some restaurants may be deceiving you when they plant that suggested gratuity message on your receipt.

So if you've been one of the many who appreciates their suggestions more than you ever want to do math you may want to pause, whip out your mobile device and use the calculator function to double check the numbers provided... you may have been overpaying and a little goes a long way.

Am I wrong somewhere in this @TGIFridays or are you lying on your suggested gratuity? #checkyourself pic.twitter.com/vsduYyUb0J 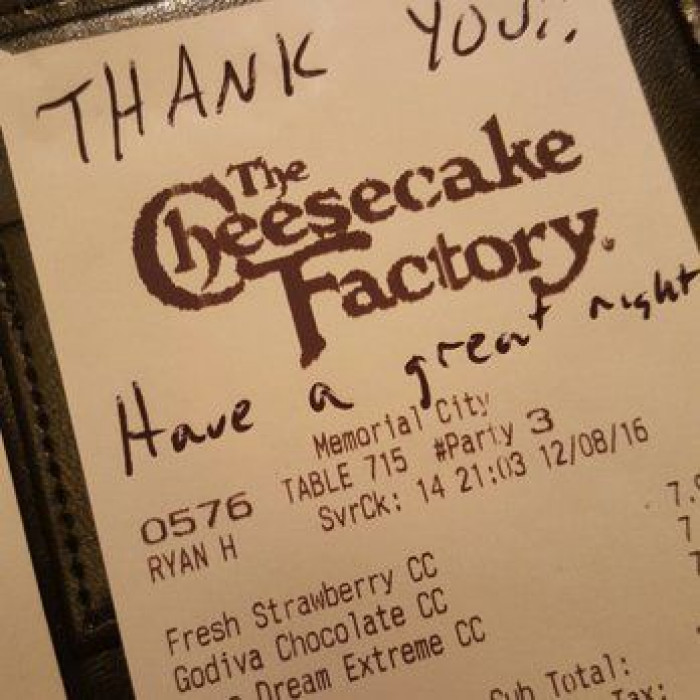 One of the main restaurants featured in the chief complaint is the very famous and reputable Cheesecake Factory. 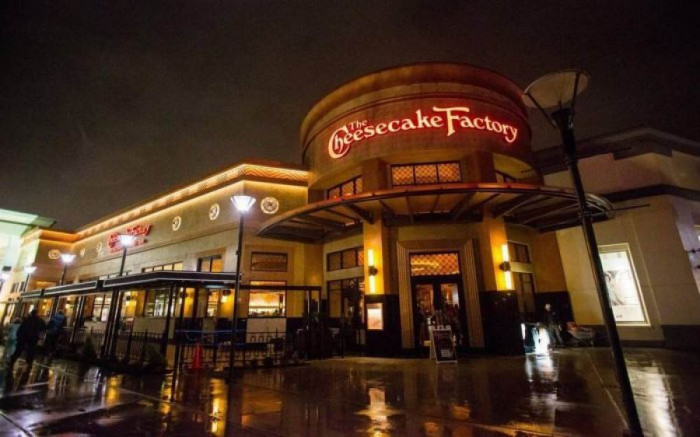 via: The News Tribune

And while we are not sure exactly how many restaurants are in on it, we are all sure that if a restaurant as big and popular as Cheesecake Factory is worthy of the complaint then surely a variety of other restaurants we frequent may be on board, too. And Twitter has been lighting up with accusations, as you can see. 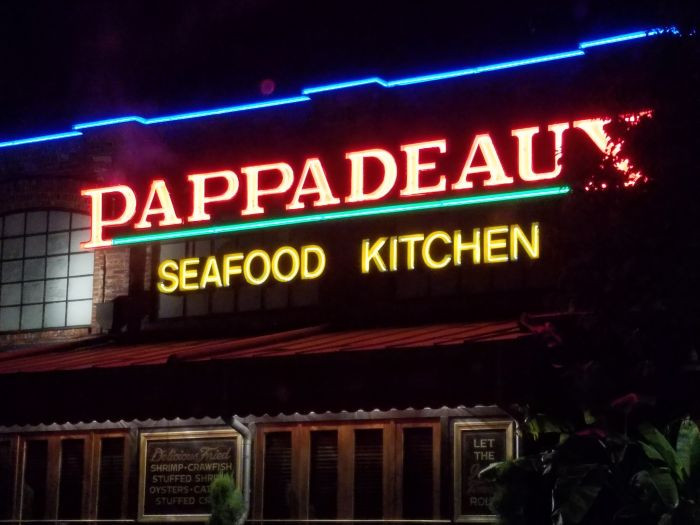 The main issue we're seeing surrounds the fact that Cheesecake Factory, and many other restaurants, do not split gratuity when it splits a ticket for a table, and instead gives a suggested gratuity for the total of the table on each receipt.

Thank you for the feedback!Suggested gratuity is based on the check total & not split payments. We regret any confusion. - AG

If you're not following, we'll break it down for you. Let's say you and a friend go out to eat and each of you order's $50 worth of food and beverage. You ask your waiter to split your ticket so that you each can pay for yourselves. Your suggested gratuity at the accused restaurants would be a percentage of the combined $100, not your $50 worth of food. So in theory both you and your friend could end up overpaying a gratuity!

Even worse, that's not the only complaint issued against the restaurants in question! That's simply the main complaint. While it's not mentioned in the lawsuit, another complaint popping up against Cheesecake Factory is that they are suggesting a tip based on the included taxes, not the meal alone!

#cheesecake #gratuity it goes deeper. Why do many restaurants do suggested gratuity against total including tax? Should only be net of tax!

Most restaurants are not suggesting a gratuity based off of sales and sales tax, that doesn't even make sense!

But not everyone is buying it. In fact, as to be expected when things blow up on the Internet, many people are simply blaming customers not willing to do the math or double check what they are allowing to be charged on their own credit cards!

No. No they don't. Every check will have suggested gratuity based on the total bill, not gratuity on a bill split 50-11 different ways.

And of course the debate rages on because some people have pointed out that it's not even the restaurant that makes the profit off of this suggested gratuity business, it's the servers who get the tips.

it's suggested gratuity, and you aren't required to pay it. cheesecake factory doesn't even profit from this, so this lawsuit is trash. https://t.co/nz71rBmL8y

Even more, the debate rages on as people respond back that even if Cheesecake Factory isn't directly seeing the profit from those increased gratuities, they have an ethical responsibility to their customers to be truthful. A lot of these same people believe that the minds behind the restaurant are very aware of what they are doing.

And people continue to do what people do, bicker back and forth about who is right and who is wrong while a lawsuit rages in the background.

And since tipping is so controversial in the first place the debate has shifted to whether or not it should even exist as it does in it's present form and some restaurants out there are beginning to agree.

#YEG's first "no tipping" restaurant now allows tipping. What are your thoughts on this model? https://t.co/5Ikb3zsK0v #yegbiz

But even when a restaurant wants to nip tipping in the butt it ends up being too confusing for customers.

We don't know what we want, do we?

Personally, we love this video explaining the conundrum of tipping in all its stupidity:

At the end of the day, clearly tipping is a confusing concept so for now we can only encourage you to do your own math. It's a good idea.