As if the year 2017 wasn't celebratory enough for Harry Potter fanatics rejoicing in 20 years of literary magic, JK Rowling has dropped the best news... ever? Yes, ever sounds about right! Come October our need to read will be temporarily satiated with TWO, that's right, TWO new books in the Harry Potter series!

We are all pretty much chomping at the bit for any juicy details we can get our Muggle paws on so let's go through what we KNOW!

An announcement from publisher Bloomsbury stated that the new titles will make their official debut at the Harry Potter exhibition at the British Library later on this year and these small tidbits of information have the fandom rolling with excitement.

Here's what we know about the first book, Harry Potter: A History of Magic, The Book Of the Exhibition.

JK Rowling is pictured here with her novel Deathly Hallows. 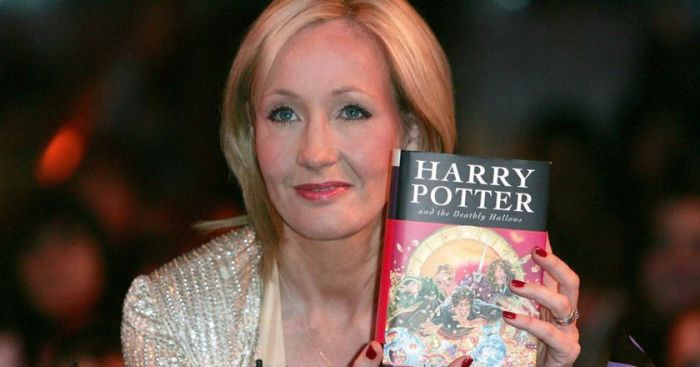 A History of Magic will reportedly go through explaining all the juicy details about all the fun-filled courses offered at Hogwarts. Fans are totally speculating and some hope that we will learn more about how different forms of magic were discovered or founded and more information on what the structure and schooling actually looks like. Totally nerd-central, here!

The second book, Harry Potter, A Journey Through a History of Magic, also sounds like it's got a "historical" approach where we get a chance to learn the how it came to be side of all things Harry Potter that we don't already know! From what we have come to understand, readers will get a look into the world behind the spells, like the famous wizards and witches who used them along with tales of magical creatures. I don't know how that could be anything other than amazing and fantastic!

What else do we know? Keep reading to find out, of course!

The news came to us in a press release by Bloomsbury via their quarterly trading update. We're pretty sure that the brand is only going to continue to rack in the dough.

For a book series that saw a finale the magic sure has not stopped and in fact the last few years have been rolling by with plenty for fans to enjoy.

For example, The Cursed Child made it's stage debut in the summer of July 2016 and was met with enthusiasm and support!

Of course if that wasn't enough, both the novel and the movie Fantastic Beasts and Where to Find Them did phenomenally well and was met with just as much enthusiasm and support also in 2016.

The wizarding world hasn't let us down yet and it looks like JK Rowling isn't about to let us get stale and bored in our muggle lives any time soon. All the magic that surely awaits us will be worth every minute we spend fantasizing and obsessing over what is in store for us!