If you've never seen a wild deer before you might think of them of strange and exotic creatures and while that's not wrong, it's also not entirely true. You just need to be in the right place to see them. New Jersey residents will tell you that it's a common thing to see wild deer wandering into your backyard or grazing on roadsides, especially as the weather begins to warm up.

For one homeowner in Colts Neck, however, the surprise of the season came when he spotted an animal like nothing he'd ever seen before. In the dark, it appeared that the animal had a furry brown body and spindly little legs but its head was entirely round, like a bubble or an astronaut helmet. What could it be?

Upon some close inspection, it turns out that this strange creature was actually a young buck who had gotten himself into a spot of trouble. Not only had the young deer gotten his head stuck in a heavy glass bowl but he was also traveling alone. 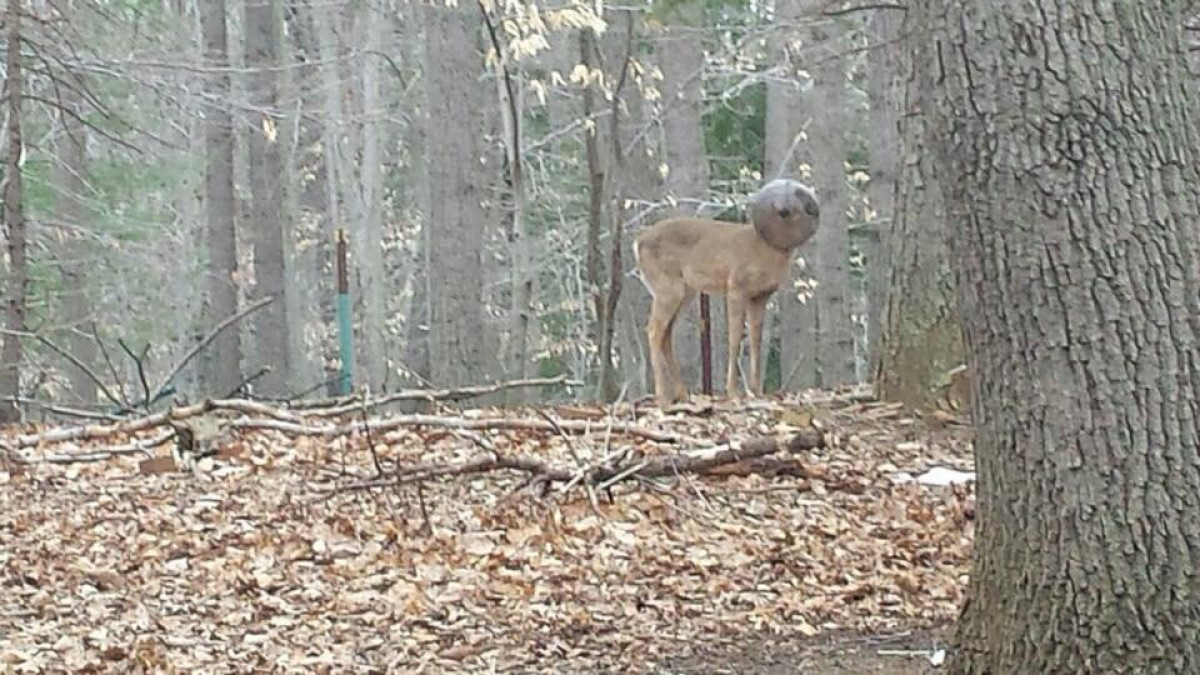 Not only was his head stuck, leaving him no way to eat or drink but to make his situation worse his heard moved on from their grazing spot without him. The Monmouth County SPCA (MCSPCA) said in a press release: “Certain species will treat members as outcasts if they look different or are injured so to not invite predators or disrupt the integrity of the herd,”

This meant that time was short for the deer if his rescuer didn't act fast. The resident called up the MCSPCA for help and they came right away, along with the NJ Divison of Fish and Wildlife. 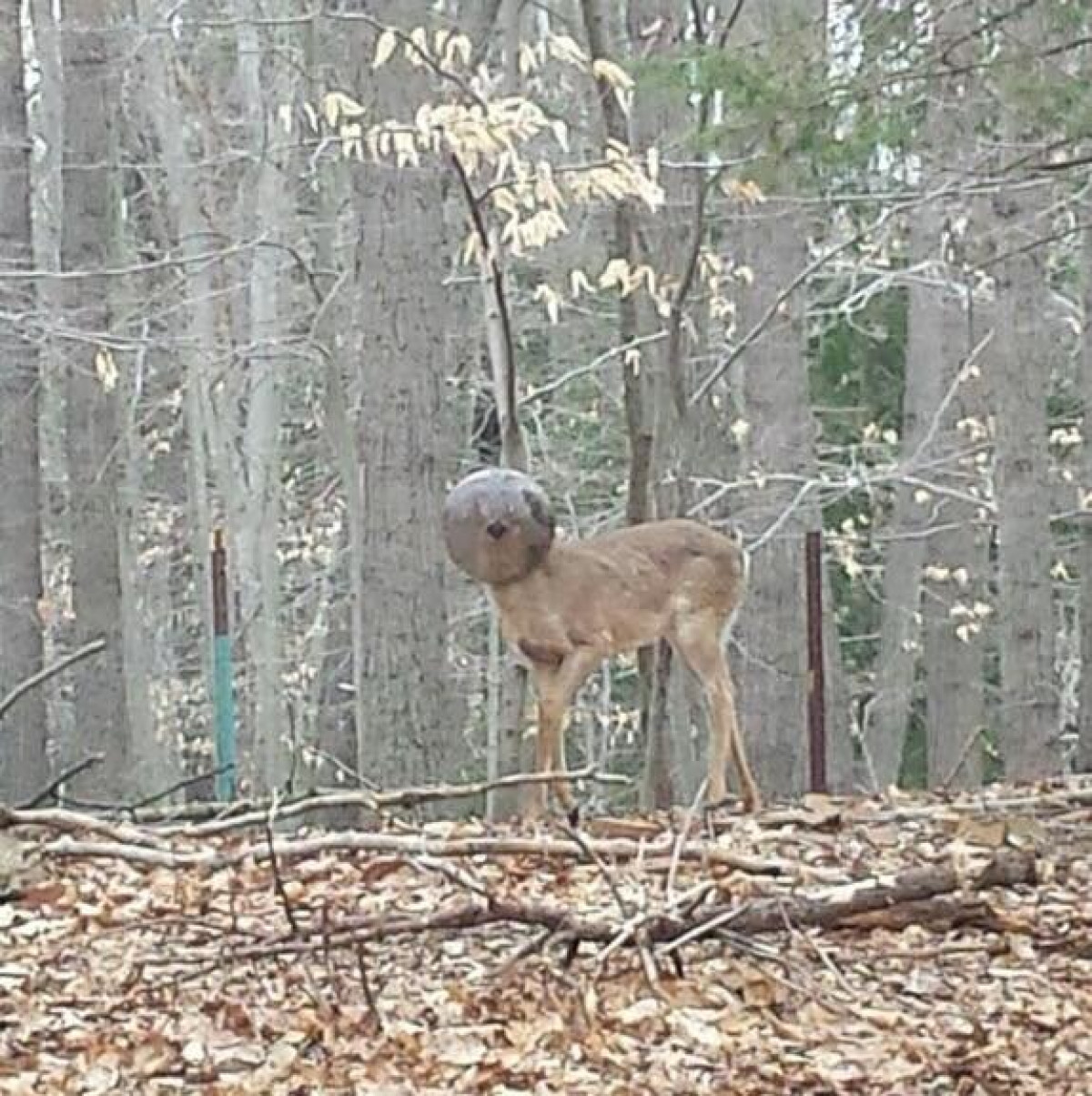 After they sedated the deer the rescue team got to work. “The glass bowl was removed, which turned out to be a light fixture cover, which probably had been filled with water the deer tried to drink,” the MCSPCA wrote on Facebook. “The buck was dehydrated from four days without food and water, and had a couple of scrapes probably from the poor visibility, but was able to get up and walk away after we cleaned him up and the sedative had worn off.”

And while the future of the deer was looking brighter as the bowl was removed it wasn't all sunshine from then on. The concerned bystander called the MCSPCA again later that day after the deer had laid down and shown trouble breathing, too weak to find his herd. 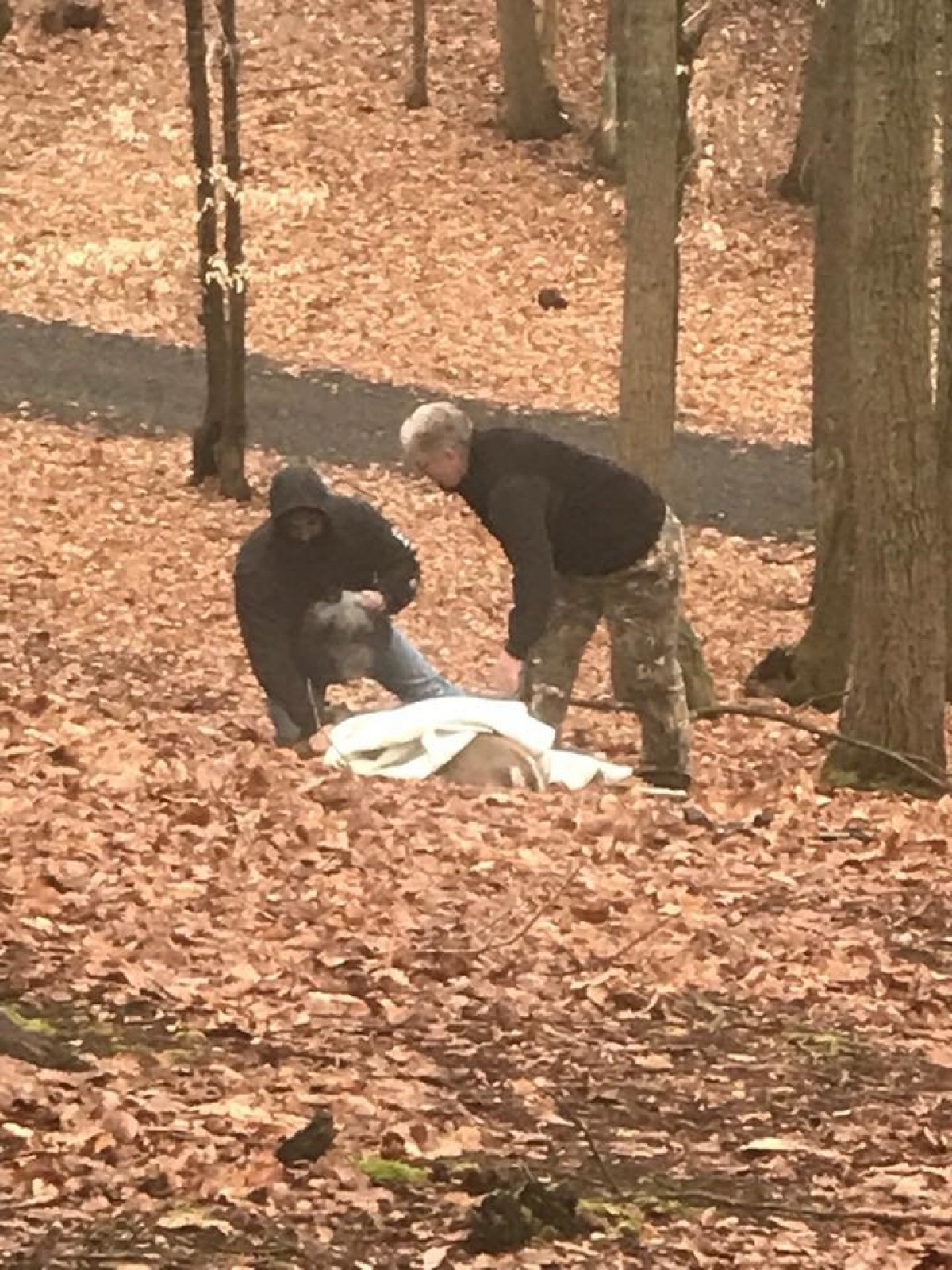 Deann Bowen, a veterinary technician with the MCSPCA, rushed to help the buck. He administered fluids which seemed to be exactly what was needed.

“We could tell he was completely dehydrated by the way he looked,” Bowen said. “After we administered the fluids his head perked right up, and after a few minutes his breathing returned to normal.” 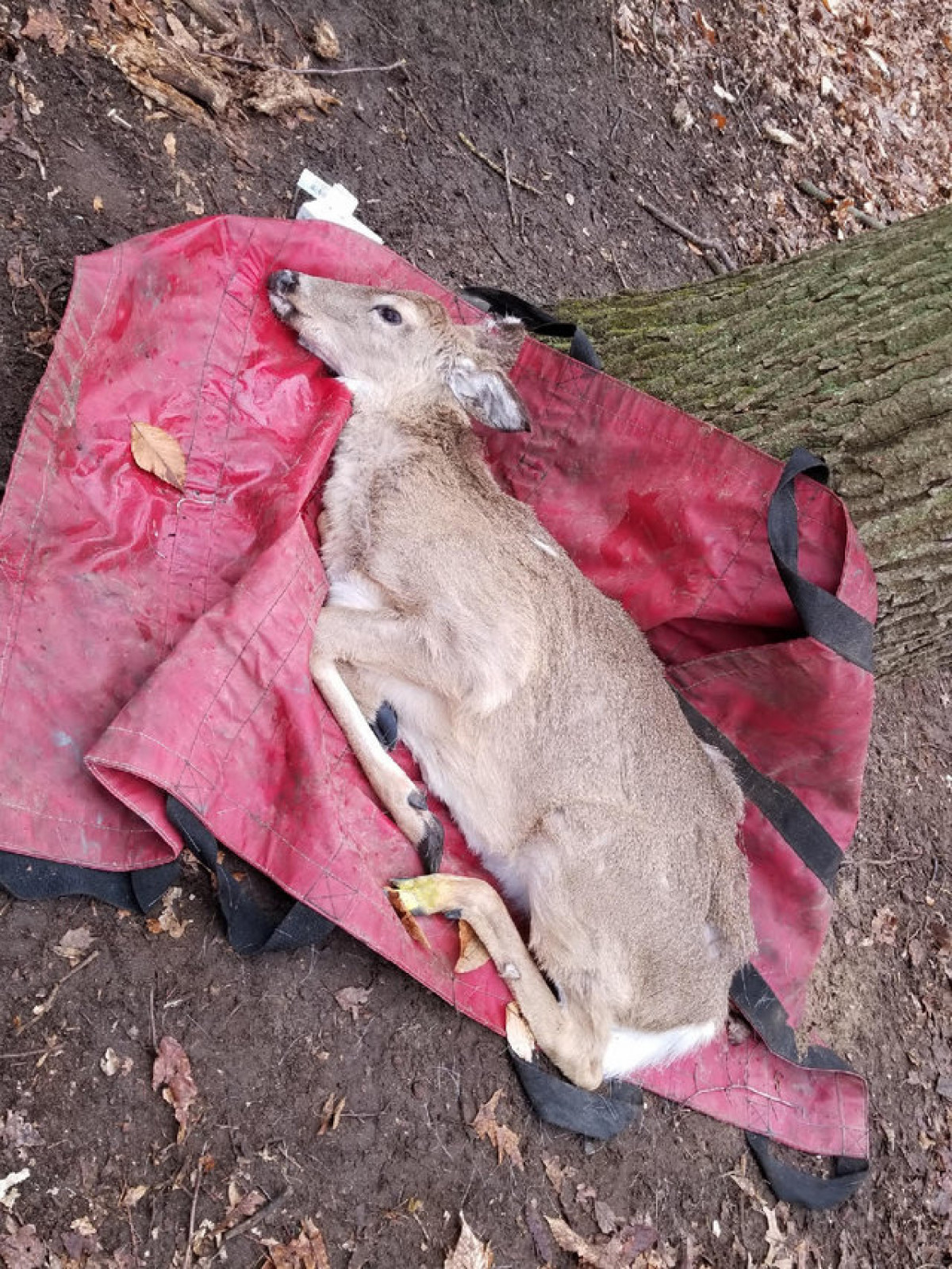 via: Monmouth County SPCA
And after his hard winter and unfortunate luck with the light fixture the deer was finally ready to go. His rescuers watched as recovered, took a few wobbly steps and bounded off over a fence back into the wild. 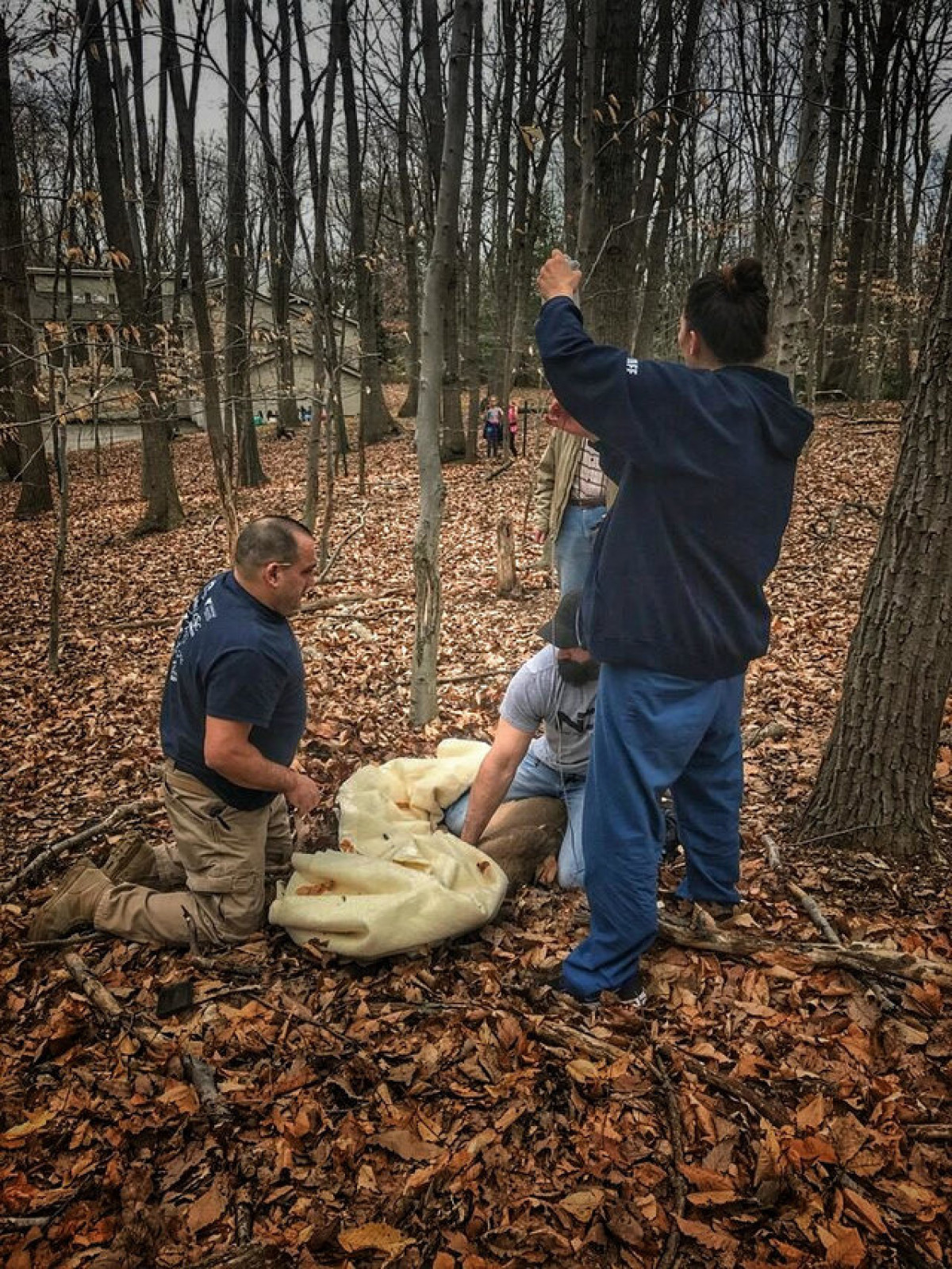 “The Monmouth County SPCA has been told that there is no longer a single deer feeding,” the press release stated, “so it is happily assumed that he has rejoined his herd.”

If you'd like to learn how you can help out the MCSPCA Click Here and find out. 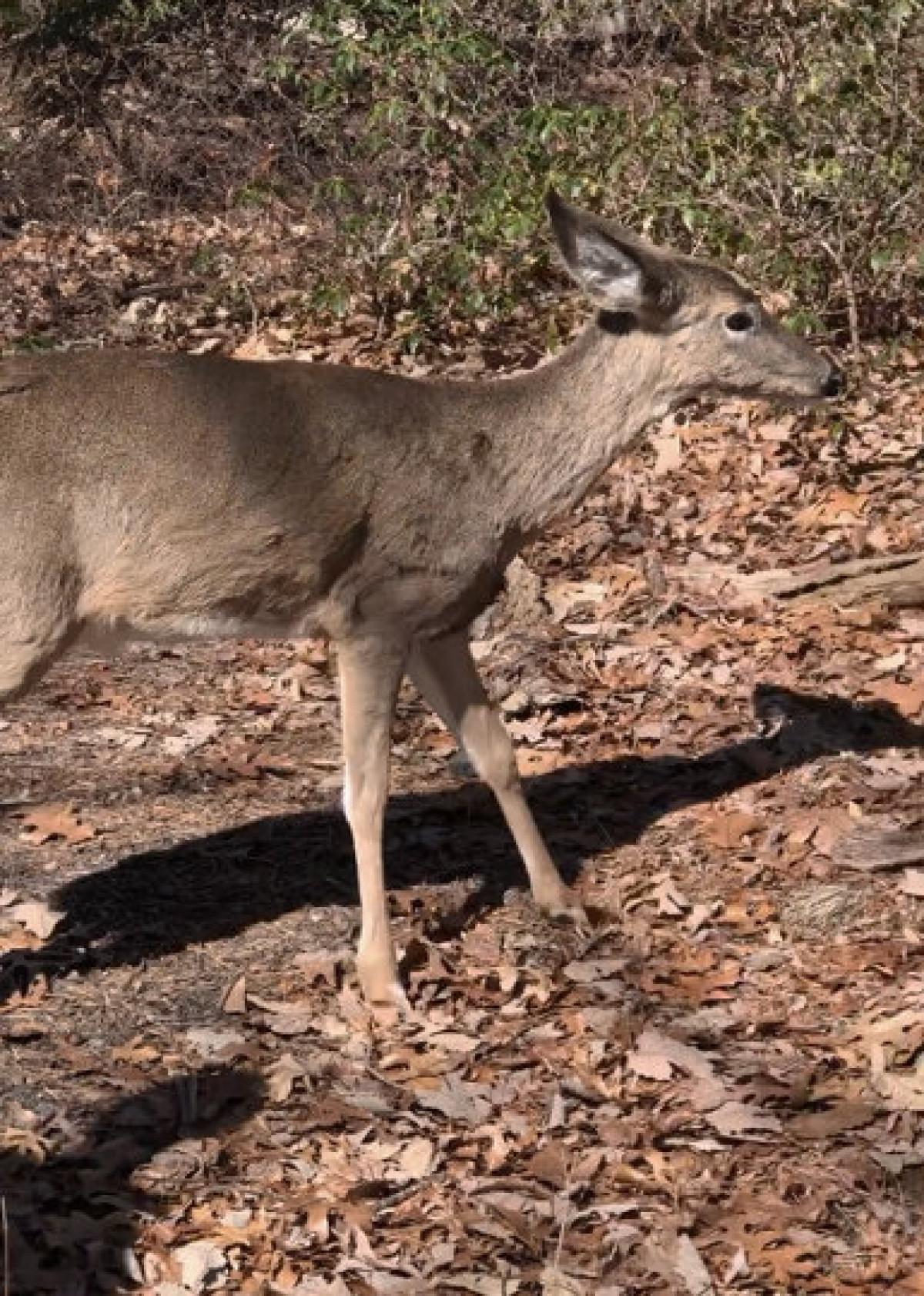