The older people get, the more they start ignoring the verbal filter they've been building up their entire lives. They just stop caring entirely because they already realized by now that life is not worth the hassle.

As soon as they get to a certain age, they become so brutally honest and rude and it's always the best thing to ever witness. Quality free entertainment at its finest.

Twitter is mainly used by the younger generation, but Myrna Tellingheusen felt compelled to share her humor with the whole world and she chose it as her main platform.

Her Tweets are absolutely hilarious and you can almost read them in her voice sometimes.

She isn't wrong though 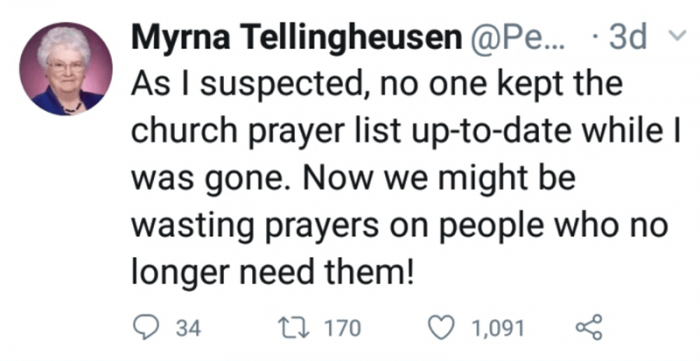 How to become a superior entertainer 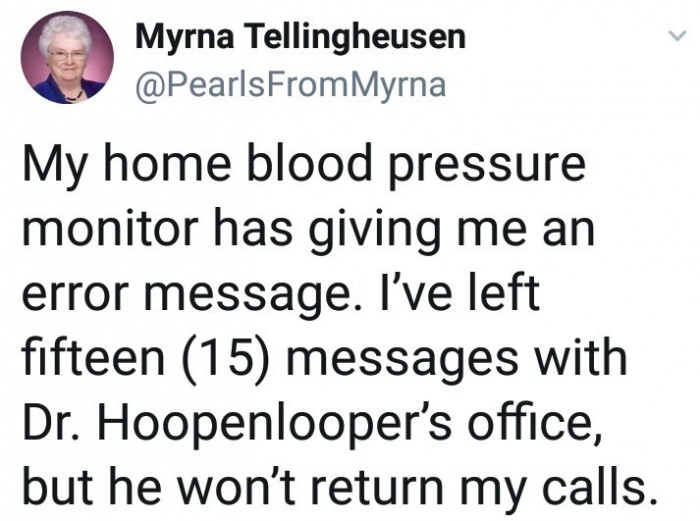 Where does it stop, nobody knows 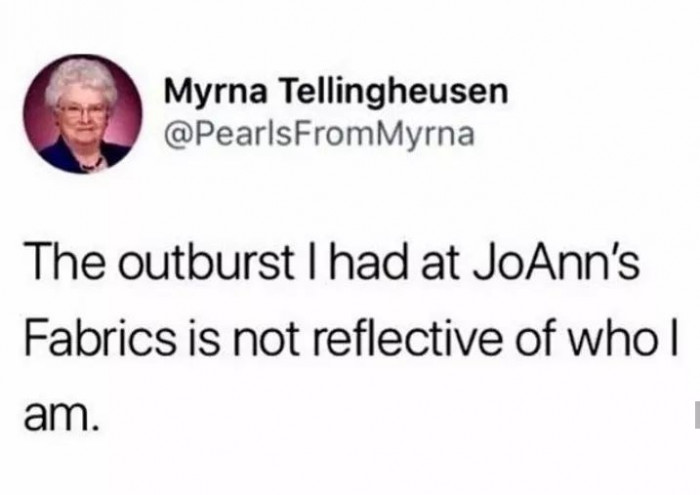 Edna is out of place 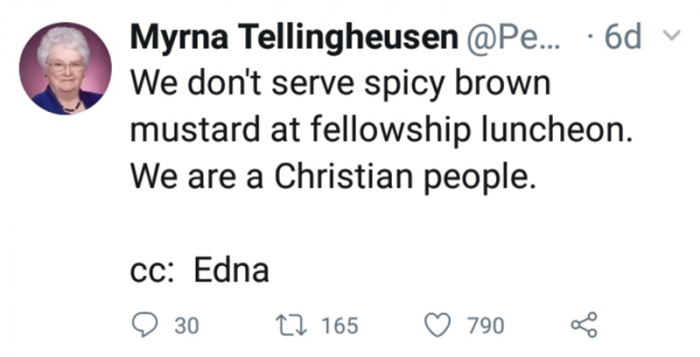 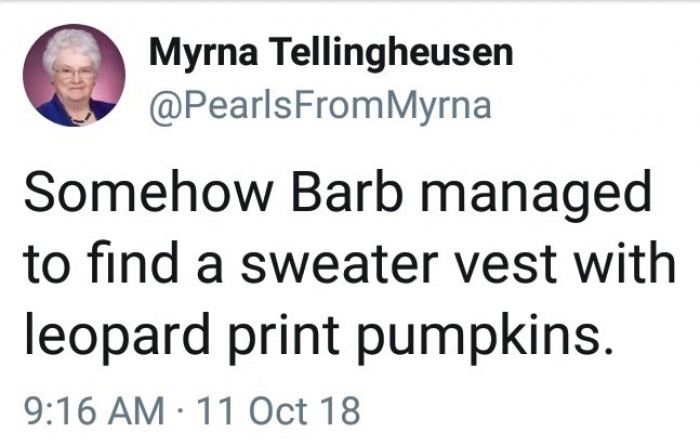 Joan always does this 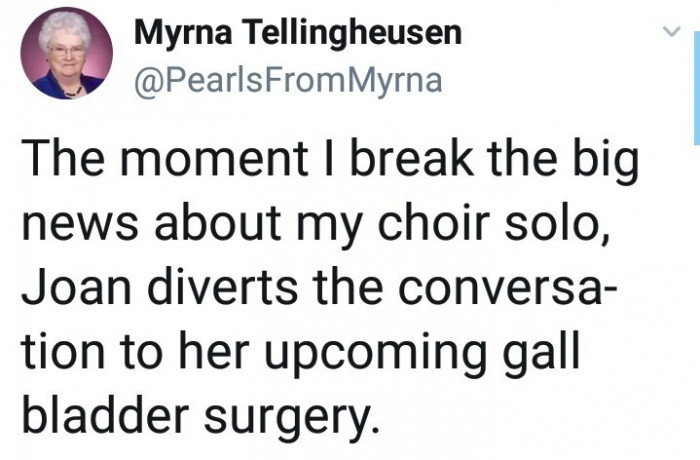