One Man's Horrifying Experience With an Exploding E-Cigarette

Andrew Hall is a man on a mission. Recently his terrifying experience with an exploding E-Cigarette has taken the Internet by storm and while many have cried, "it's fake," Andrew has not backed down. Since sharing his story on Facebook and posting pictures of the unbelievable damage done to his face and mouth, Andrew has been determined to spread awareness regarding the dangers of vaping.

It's not hard to see why Andrew is determined to spread his message considering information put out recently by TIME Magazine suggests that as many as 1 in 10 Americans are vaping, despite the fact that as many as 75% of those users are also still using regular tobacco products. Because of how popular these electronic devices are and how horrifying Andrew's ordeal has been for him to experience, he has put a lot of effort into spreading awareness and it all started with a post on Facebook.

1. If you think this sounds like a hoax, you're not alone.

Andrew himself is quoted saying, "I would have said 'no way that's possible' until now." 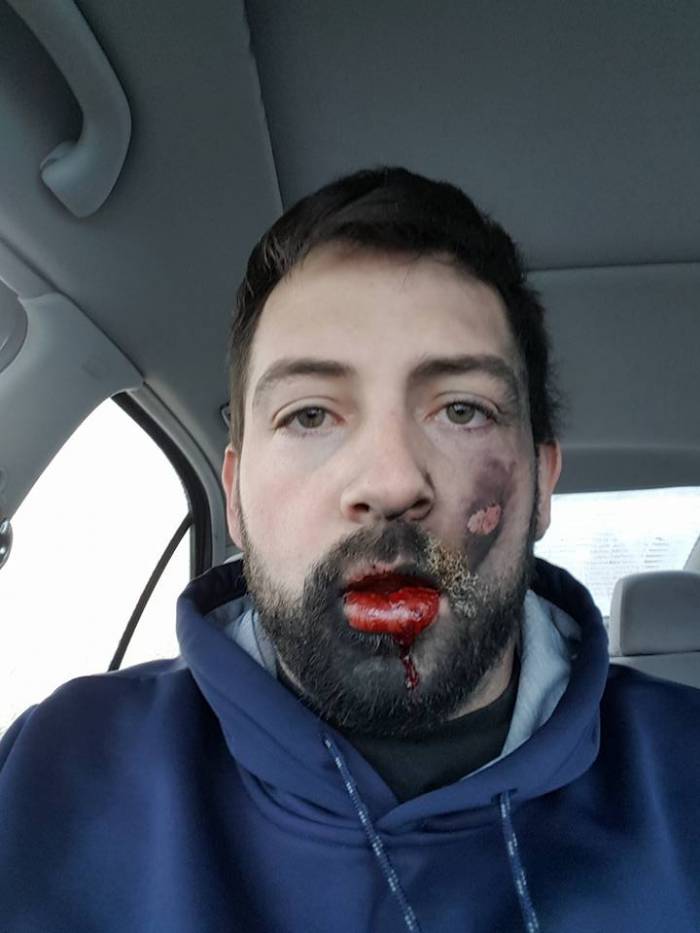 2. The damage was extensive.

Andrew has painful burns on his face and neck. 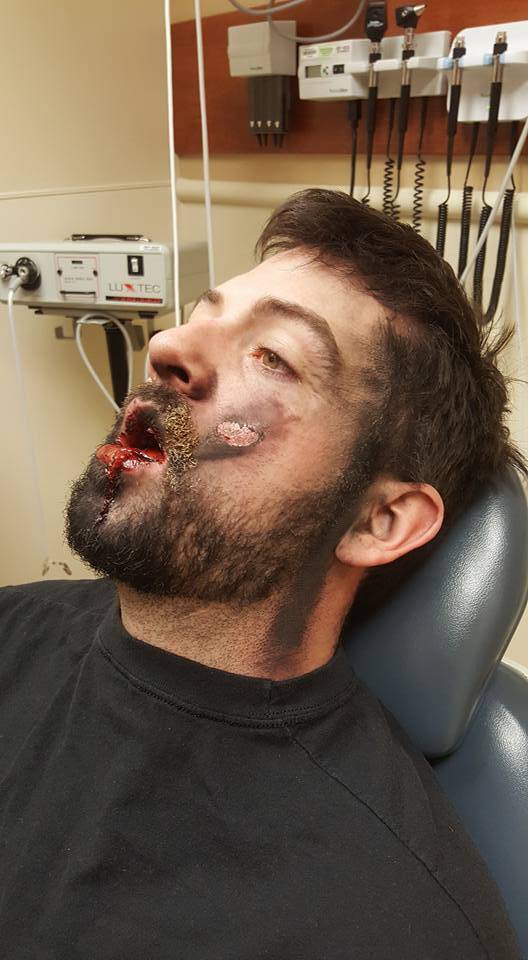 Andrew lost a whopping SEVEN teeth due to the explosion. 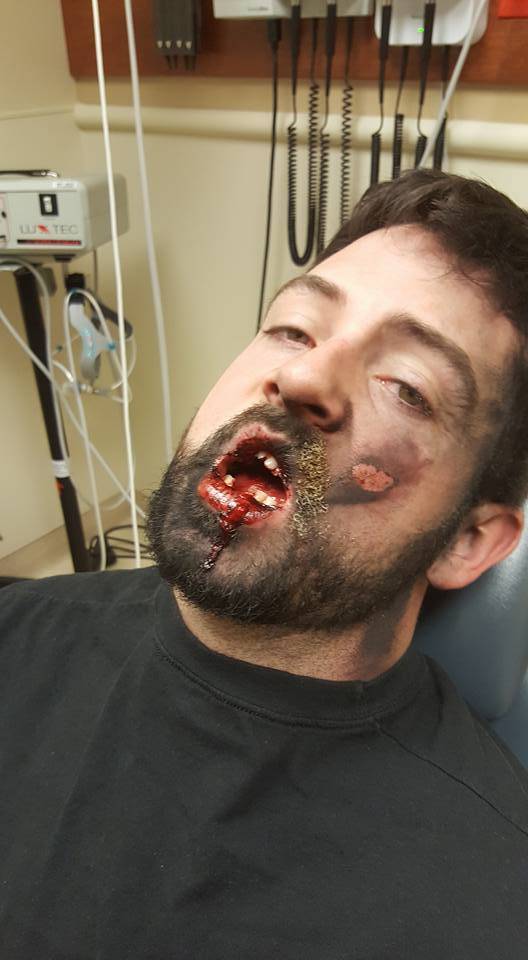 The damage was so significant it landed Andrew a stay in ICU, also known as the Intensive Care Unit. 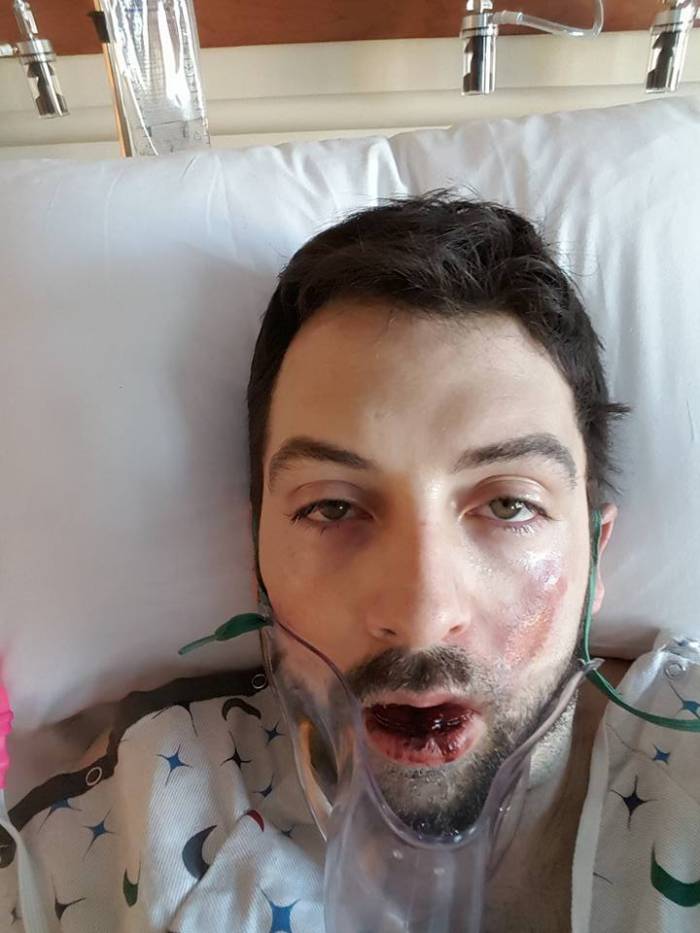 Even Andrew's body language suggests the amount of pain he is in. 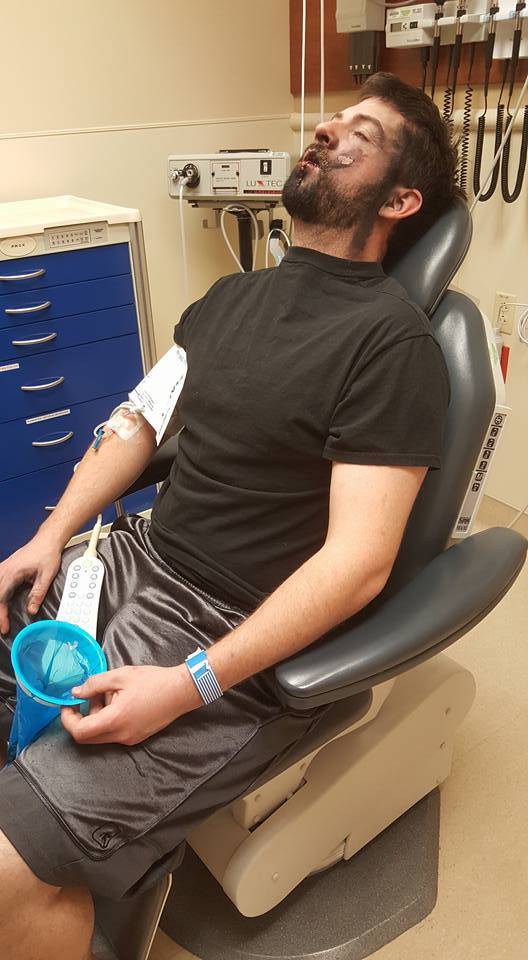 6. A close up photo reveals damage.

This photo is intense to look at, we can only imagine how it felt to be in his shoes at this time. 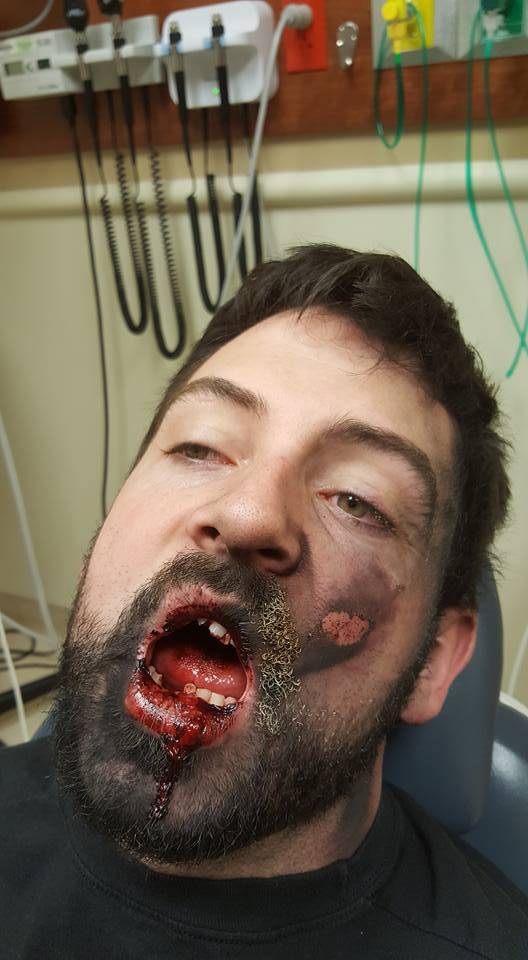 Andrew's sentiments of vaping have definitely changed to "terrible and uncool." 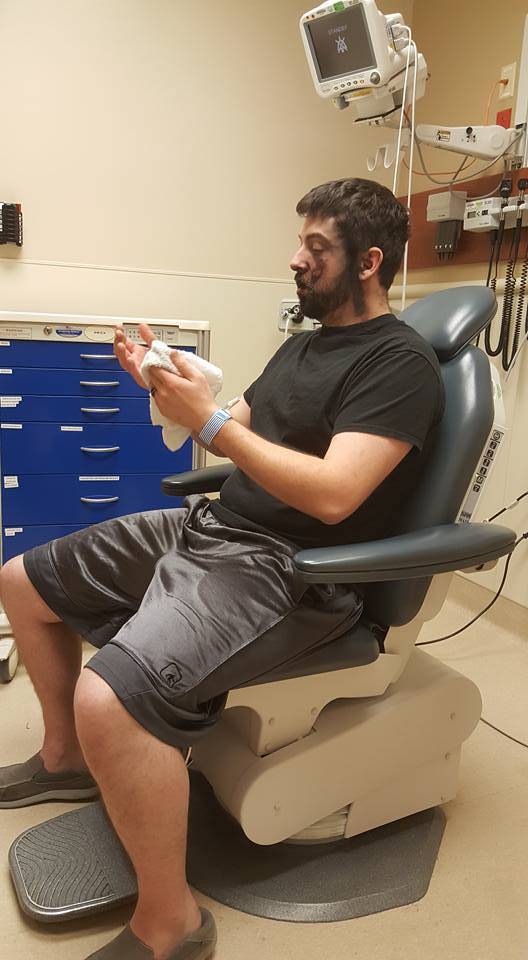 Andrew's post has been shared almost half a million times by now.

Well, it's been a really rough 24 hours+ but I feel I have to share. Thank you for my family and especially Airelle for taking care of me but yesterday morning I was getting ready for work when I had something happen to me that I didn't expect possible. I'm currently in the ICU and doing well so rest assured and these are very graphic photos. I Vape (I know, terrible and uncool) but I no longer do and I hope to possible sway those that do to maybe reevaluate or find other methods of smoking. I've been doing this for about a year now and assure you I did not do anything I wasn't supposed to (battery was in right, always had the shop put it together when I first bought it and add things and maintenance it the right way while taking their advice) but it exploded in my face. I've lost at least 7 teeth, 2nd degree burns to face and neck and have been pulling chunks of plastic, teeth and foreign objects from mouth, throat and lips. I was lucky and they're was a huge amount of damage to the room in my house I was in as well. Please feel free to share my story and take care. Thank you again friends, work and family that have reached out to offer help, I greatly appreciate it!

I did revise this to state clearly that before the laws changed yes, it was easier for me to have them build my coils. I did it after the laws changed and did everything myself. I never had any issues with over heating or concerns until the unfortunate happened. I know vapes help people quit smoking cigarettes and that's amazing. I just want to bring to light this is possible that they can explode without warning. I would have said "no way that's possible" until now. Thank you again for everyone that has not went to the instant "this is fake" and actually know I'm real, this really happened and I'm blessed this could have been so much worse. Thank you again for those who understand the meaning of this post!

Today Andrew is healing nicely and just really wants people to know his story is real and it can happen to anyone. At the time of this publication, no e-cigarette companies have yet to comment.