You know how they typically refer to the police as the fuzz? Well, this police department is taking the term very literally. A call was placed to the St. Paul Police Department that a stray mother and her pups had been roaming around a farm in the area for a week or so.

Officer Kathryn Smith was dispatched to the call and ended up adopting one of the dogs and decided to name the dog Fuzz. How suitable, right?! But the dog's name is not just Fuzz anymore, it's now Sgt. Fuzz and he is employed by the St. Paul Police Department.

How perfect is he?! 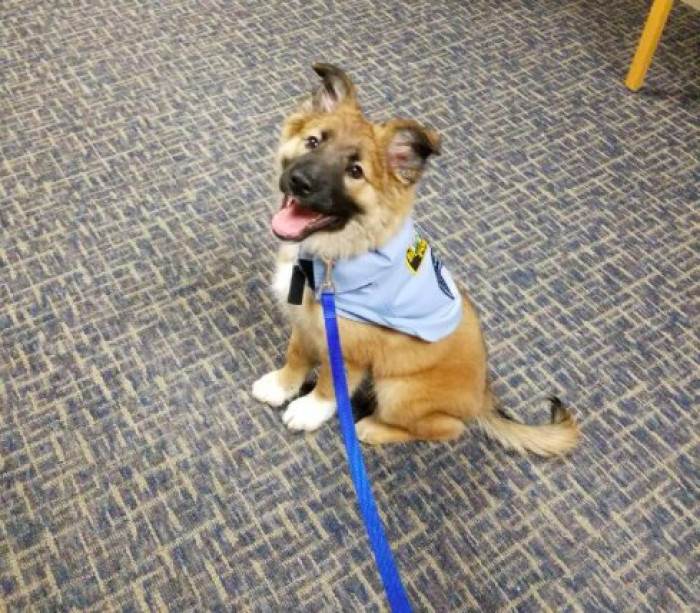 “Our chief brings his dog, Stella, in on Fridays, so we thought it’d be nice to have the puppy come in here and there, too,” said John Lozoya, who serves as the senior commander of community engagement within the department. He added, “He was an instant hit with everyone.” Well, duh! How could he not be?!

Fuzz Was an Instant Hit 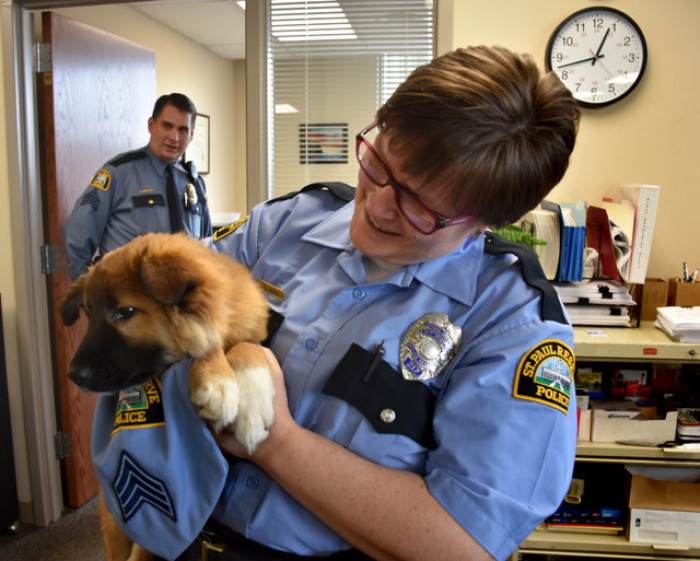 As you know, police typically deal with stressful and traumatizing situations on the job. So that's where Fuzz comes in. The officers and other staff members have discovered that visits and cuddle sessions with Fuzz give them something positive and distracting to focus on during the day.

Who Could Possibly Feel Stress Around This Sweetheart?

The answer is NO ONE!

The department made the decision to bring Fuzz on as it's "cuddle officer" and he works roughly 10 hours per week while his owner is there with him. He typically spends his days cuddling, visiting, and playing ball with the staff members and just making their days a little bit brighter.

“He’s very playful but also loves to be cuddled,” Lozoya said. “His personality is very welcoming. He’ll lay down and let anyone pet him right away. He’s a very mellow puppy.”

Fuzz Doing What Fuzz Does Best

And he's dang good at it! 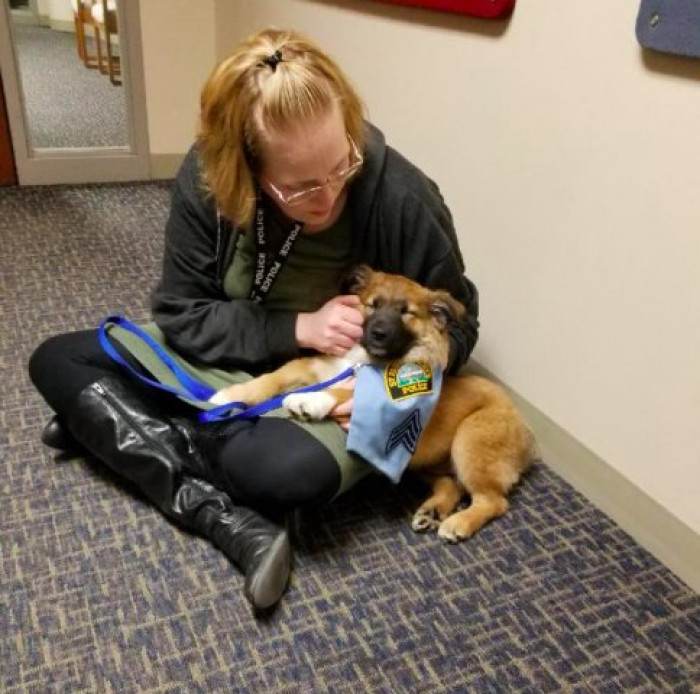 Because of the success, he has had with this part-time job, the department is considering enrolling Fuzz in a therapy dog certification program so he can be properly trained in therapy techniques and is a bit older.

“We hope one day when he is a certified therapy dog, he can not only assist with our staff but also with people who have been victimized and are in need of support,” Lozoya said.

We hope so too.

He Sure Looks Like He's Doing a Job Well Done 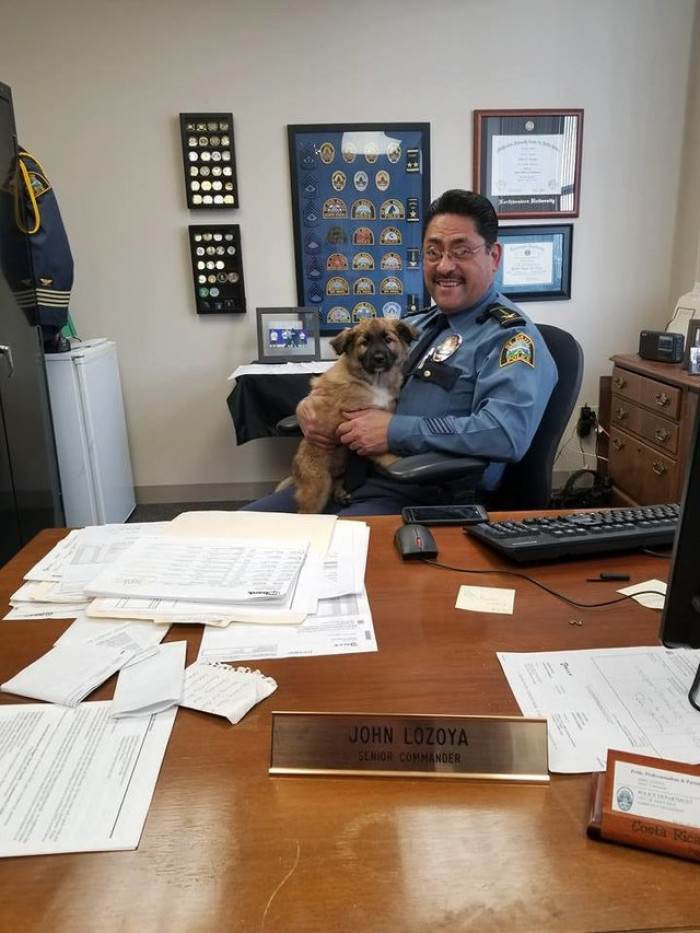 Fuzz loves getting attention from the department and providing a little bit of love to everyone he encounters. He continues to work part-time and make special appearances at events within the community.

What a Sweet Angel

Seriously though, look at those cuddles he provides 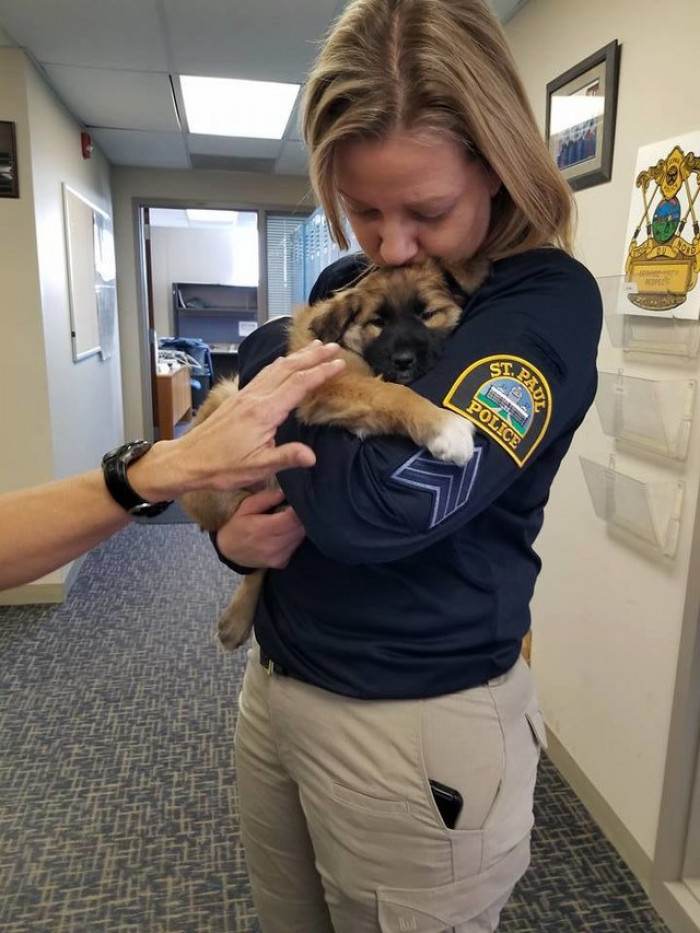