Meet Robert, otherwise known as Robert the Doll. Robert is a haunted doll now exhibited at the East Martello Museum, once owned by Robert Eugene Otto. No second guesses needed to realize that Robert Otto, an eccentric and narcissistic artist, named the doll after himself. The doll was proclaimed to have been manufactured by the Steiff Company of Germany and bought by Otto’s grandfather in 1904 to give to young Otto as a birthday present. Not wavering from the strong admiration he had for himself, Otto went on to dress the doll in a sailor suit, much like the outfit he wore.

Robert the Doll stands at three feet, the size of a three-year-old child. Brown nicks like scars covering his body, beady eyes and a sinister expression tell you all you need to know. The doll is supposedly cursed. Some say a servant of the family performed voodoo magic on it. Others suspect that Otto spilled so much of himself into the doll it eventually came to life.

Robert even had his own teddy 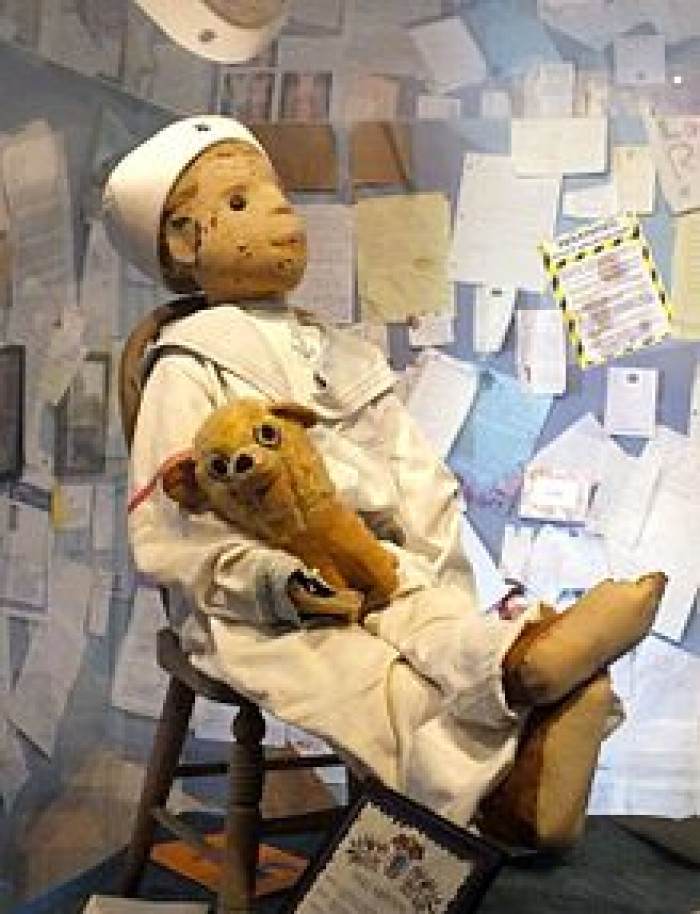 via: Wikipedia
Robert Eugene Otto claimed that one of his servants placed a voodoo curse on his doll 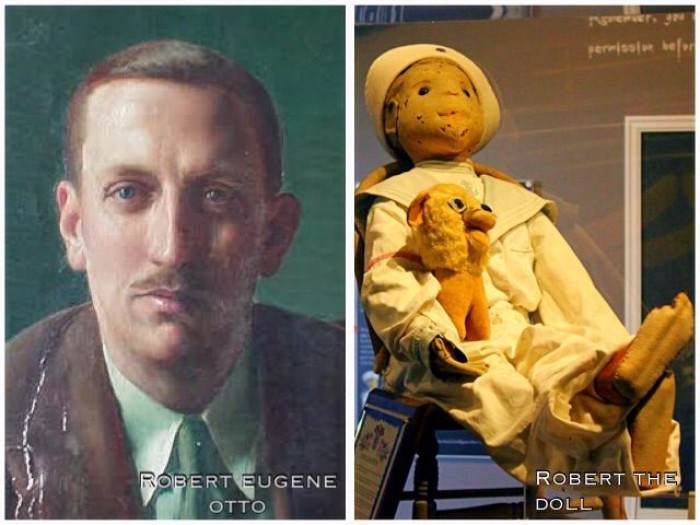 Remaining in the Otto’s family home in Key West until Robert Otto died in 1974, the doll was sold to Myrtle Reuter with the home and stayed there until the property was sold 20 years later. It was donated to the museum in 1994 and has since become a tourist attraction.

As legend goes, Robert the doll has supernatural abilities that empower it to move, change facial expressions and giggle malevolently. And according to local folklore, Robert has caused, ‘car accidents, broken bones, job loss, divorce and a cornucopia of other misfortunes’. Even visitors of the museum have reported experiencing ‘post-visit misfortunes’ for ‘failing to respect Robert’.

Hmmm... why is Robert the Doll placed in a glass cage in East Martello Museum? 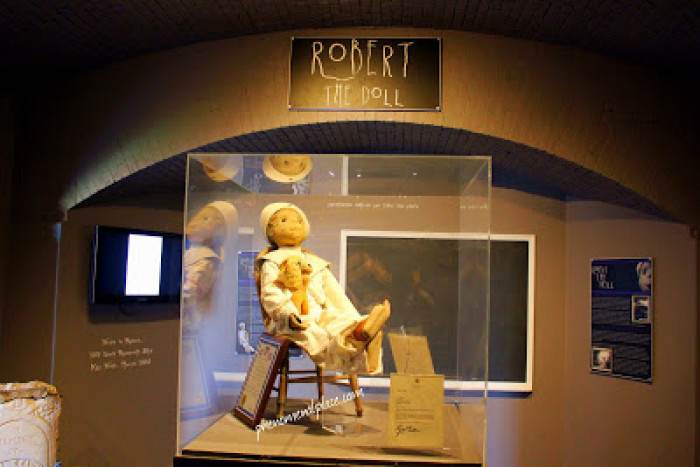 via: PhenomenalPlace
The haunted doll even inspired a series of movies 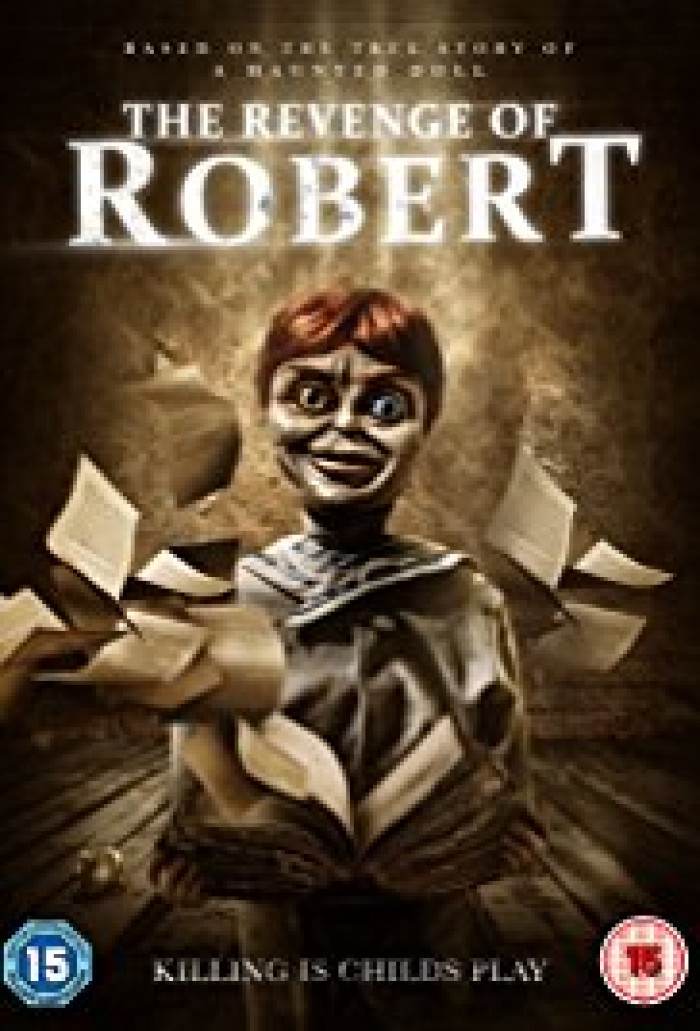 And of course, Hollywood couldn’t let this story go without resurrecting it into a film. The doll has inspired horror film quite conveniently titled... Robert. There are three sequels too.

So, there you have it… for all you Chucky and Annabelle fans, you have another film sequence to add to your horror doll movie collection. And for all you horror doll groupies, there are probably Robert dolls for purchase being made as you’re reading this.

Check out the video below for more info... if you dare.